Posted on March 4, 2021 by Viktor Sulyandziga 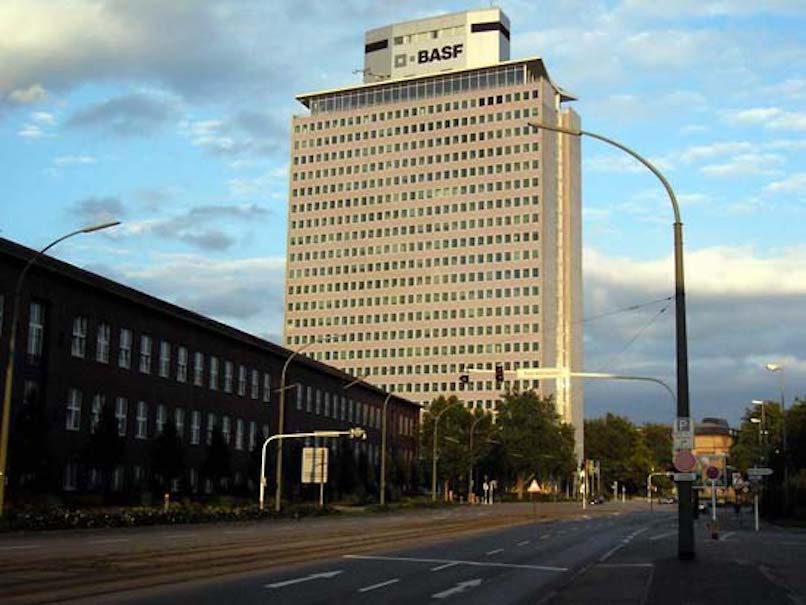 Thank you for your response of December 4, 2020. We appreciate that you recognize NorNickel’s history and legacy of severe environmental incidents. Unfortunately, based on the evidence that we have seen, we do not yet share your optimism that NorNickel is willing to work towards sustainability. We believe BASF’s failure to take action to address NorNickel’s impacts to Indigenous Peoples of Russia’s Far North represents violations of BASF’s Group Position on Human Rights and its Supplier Code of Conduct.

Although NorNickel has publicly promised to improve its environmental legacy and sustainability efforts, we are skeptical because the company has made such claims for nearly 20 years, only to extend its timeline repeatedly. Publicly available information demonstrates significant reliability and reputational problems with NorNickel, which raises concerns regarding the legitimacy of NorNickel’s stated commitments to reduce environmental and social impacts in the future. The company’s pledge to do better, after years of empty promises, should not count as sufficient evidence to convince partnering companies of its virtue and commitment to environmental and human rights principles.

In 2007, a company spokesperson said the company would improve the environmental situation by 2020 and that efforts were being made to reduce the pollution.[1] In the mid-2010s, the company promised to reduce emissions by 75 percent by 2020.[2] Now, this timeline has been pushed to 2035. Despite these promises, an emissions monitoring graph from NASA shows that NorNickel’s rate of pollution has stayed more or less the same for close to two decades, and the rate of emissions actually increased in 2018.[3] NASA also called Norilsk the world’s “largest stationary sulfur dioxide emitter,”[4] and numerous international organizations and outlets, including Russia’s Novaya Gazeta and The Moscow Times, Norway’s Bellona Foundation, and Greenpeace India cite the company as the dirtiest industry in the Arctic and the world.[5] In 2018, a Greenpeace report estimated that NorNickel produced two times more sulfur dioxide emissions than the entirety of the United States.[6]

NorNickel only made efforts to clean up its industry (particularly in the Kola Peninsula region) after years of complaints and pressure from the Norwegian government and Norwegian residents living near the border with Russia.[7] Articles about NorNickel’s practices written for Novaya Gazeta, a highly respected and internationally recognized Russian outlet, also allege decades of corruption, negligence, and mismanagement[8], which Nornickel has used to shirk pollution fines (it only paid $530 in 2017 even after poisoning a river in Siberia and dying it red with wastewater). According to the Bellona Foundation, an environmental think tank based in Norway, NorNickel has bribed environmental watchdogs to avoid fines.[9] Evidence shows that NorNickel is responsible for frequent accidents including wastewater spills, emissions that far exceed the permissible standards, and other issues on a regular basis. In 2020 alone, the company had more than 2,000 environmental violations.[10] Russian outlets report that the company has spills and accidents on a near-daily basis.[11] In fact, NorNickel was excluded from the 2020 environmental transparency list of Russian companies compiled by WWF, although in previous years it ranked twelfth out of forty spots.[12]

Although one of NorNickel’s oldest smelters, as you mention, has been shut down near the Norwegian border, the situation in Siberia remains unresolved. Minimal improvements have been carried out in Norilsk itself, which is deep in the Russian mainland, even though Indigenous peoples of the region have been speaking out against the endless pollution there for decades. Indigenous peoples on whose traditional territory NorNickel operates have never given their Free, Prior, and Informed Consent for NorNickel’s activities. Although NorNickel has noted that it will increase its efforts to consult Indigenous peoples of the region (an option that the company initially rejected) on their planned developments, and even pledged to pay for the damage wrought by the disaster of summer 2020, these steps were only taken after extensive media attention on the situation there.[13] Given that NorNickel has operated in the region for decades without taking meaningful actions on clean up, we remain skeptical of its commitment to socially and environmentally responsible operations. Further, we lack confidence that the company will follow through on its promises once press attention has shifted elsewhere.

In regards to Nornickel’s claims, repeated in your letter, about company responses to the catastrophic oil spill of May 2020, experts report that proposed company measures to compensate and consult Indigenous residents are incomprehensive and insufficient. NorNickel’s pledge to pay communities 174 million rubles may seem substantial, but it is not enough: it will take close to two decades, if not longer, to restore the damaged ecosystems. Experts estimate that NorNickel’s proposed budget will not cover the entire clean-up period, or the ongoing pollution impacts to Indigenous culture, traditions, and livelihoods. Experts also point out the land is currently impossible to use due to the extent of environmental degradation and conditions that threaten community health.[14]

Your letter cites NorNickel’s internal investigation through Environmental Resource Management (ERM). However, ERM blamed management and systems failures, including a “compliance mindset” aimed at pleasing regulators and inspectors, as causes of the spill. Furthermore, ERM was unable to gain access to Nornickel facilities until mid-September, more than three months after the spill, and after the tank itself had been removed.[15] Your letter also cites the “Great NorNickel Expedition,” (actually titled the “Great Norilsk Expedition”); however, the results of these studies — paid for by NorNickel — cannot be trusted without independent verification. Meanwhile, NorNickel blocked the collection and transport of samples and analyses from areas impacted by the spill by independent observers and organizations.[16]

To address reputational problems with Nornickel discussed above, we believe that it is essential for BASF to use reliable, third-party sources for external validation of NorNickel’s claims. This is especially important given Nornickel’s well-established record of corruption and negligence.[17] Time and time again, Nornickel’s internal reports and promises have proven unreliable. Similarly, Russian authorities that are ostensibly responsible for company oversight have proven unreliable and unwilling to hold NorNickel accountable for its social and environmental violations or to guarantee Indigenous rights. For example, just a month after the catastrophic fuel spill in Norilsk, Russian outlets reported that NorNickel poured untreated toxic waste into a river (a tactic they have consistently practiced for decades). The company did so despite promising for years to reduce their environmental impact and advertising that it was spending millions of dollars on pollution mitigation.[18] Given the current context, we can only treat this action as a deception that demonstrates NorNickel’s unwillingness to follow through on its social and environmental promises.

Russian outlets have also reported that NorNickel has the largest environmental expenditures among Russian companies, spending about 5 percent of its revenue on environmental protection in 2017-2018, yet the impact of this investment is not readily apparent as Indigenous peoples suffer from the ongoing ecological disaster in the region.[19]

In hoping for improvement, we must recall that NorNickel is a company that has a history of polluting with impunity despite promises to the contrary. Though it has spent millions to improve its environmental record, and promised further investment, there is little tangible evidence that the situation has improved. As of winter 2020, NorNickel had not paid the fines levied against them for the May 2020 fuel spill, and the company continues to contest the fines in court — demonstrating its lack of willingness to accept responsibility for its environmental impacts and legacy.[20]

Therefore, your statement about Nornickel’s investments into sustainability belie credibility. After decades of failing to meet environmental clean-up and remediation objectives, an internal investment plan cannot be considered to be an adequate indicator for the likelihood of any future progress toward more sustainable practices.

Moving forward, a true commitment to Free, Prior, and Informed Consent — as required by the United Nations Declaration on the Rights of Indigenous Peoples,[21] by the Initiative for Responsible Mining Assurance (IRMA) Standard for Responsible Mining,[22] and the International Council of Metals and Mining — requires good-faith engagement and consultation with Indigenous Peoples, including all Indigenous communities and groups on lands affected by Nornickel, not just with a single, government-controlled Russian Indigenous organization.[23] Given Nornickel’s history, we fear that despite Nornickel’s promises, it will not be able to meet the international industry practices outlined by ICMM and IRMA principles.

We believe that BASF’s failure to take action to address Nornickel’s impacts to Indigenous Peoples of Russia’s Far North represents a violation of BASF’s Group Position on Human Rights, which states:

“We expect our suppliers to respect human rights. Our supplier Code of Conduct is part of our standard purchasing contracts and conditions of purchase. We reserve the right to terminate a business relationship if a supplier fails to meet these obligations.
We identify those supply chains that are at greatest risk impacting human rights, e.g. located in countries prone to human rights violations, in industries with likely poor working conditions, or less than responsible habits. In those cases, we employ due efforts and engage with our suppliers aiming that they fulfil their human rights obligations.”[24]

We believe that NorNickel has also demonstrated its inability to meet BASF SE’s standards in its Supplier Code of Conduct “to fully comply with applicable laws and to adhere to internationally recognized environmental, social and corporate governance standards,” or to promote the safe and environmentally sound development, manufacturing, transport, use and disposal of products and to reduce waste and emissions to air, water and soil. For these reasons, we fear that BASF SE is unable to adhere to its Supplier Code of Conduct as long as it continues a business relationship with Nornickel.[25]

By maintaining a business relationship with NorNickel, we also believe that BASF will be in violation of the OECD Guidelines for Multinational Enterprises (2011) and OECD Due Diligence Guidance for Meaningful Stakeholder Engagement in the Extractive Sector (2016). The OECD documents note that enterprises should respect the rights enshrined in United Nations instruments on the rights of Indigenous Peoples, clarifies the requirement for Free, Prior, and Informed Consent, and requires human rights due diligence. By sourcing minerals from NorNickel without fulfilling these responsibilities, BASF is contributing to severe impacts on Indigenous Peoples’ human rights. Failure to uphold these responsibilities leaves BASF open to a complaint under the OECD Guidelines for Multinational Enterprises (2011).

In summary, NorNickel’s serious reputational problems and abysmal environmental record demonstrate that NorNickel’s internal company assessments cannot be used as sufficient evidence to demonstrate its efforts to improve sustainability. We therefore respectfully reiterate our earlier request for you to not buy products from NorNickel until its compliance with internationally recognized social and environmental standards is validated by an independent third party. This is a company that has a legacy of empty promises and a history of negligence, corruption, and environmental and human rights violations. After decades of missed opportunities and false promises, asserting that the company is trying to improve and deserves a chance is insufficient to establish itself as a reliable and responsible partner.

Given the increasing level of ethical and environmental scrutiny that is being brought to bear on supply chains for battery nickel, it is imperative that BASF does not fall foul of investor sentiment. For BASF’s Group Position and Supplier Code of Conduct to have credibility, BASF must take action to address NorNickel’s violations.

We request a meeting with you to discuss our concerns and explore potential approaches to resolving these issues. We hope that a meeting can explore how best to jointly ensure that NorNickel undertakes meaningful steps on these issues. Given the ongoing pandemic, we think it would be most effective to meet via video.

← Indigenous Peoples’ Human Rights as a Minimum Standard for Corporate Practice
Senate Committee Votes To Confirm Haaland. Here’s Who Voted For and Against Her and What Happens Next. →