Senate Committee Votes To Confirm Haaland. Here’s Who Voted For and Against Her and What Happens Next.

Posted on March 7, 2021 by Viktor Sulyandziga 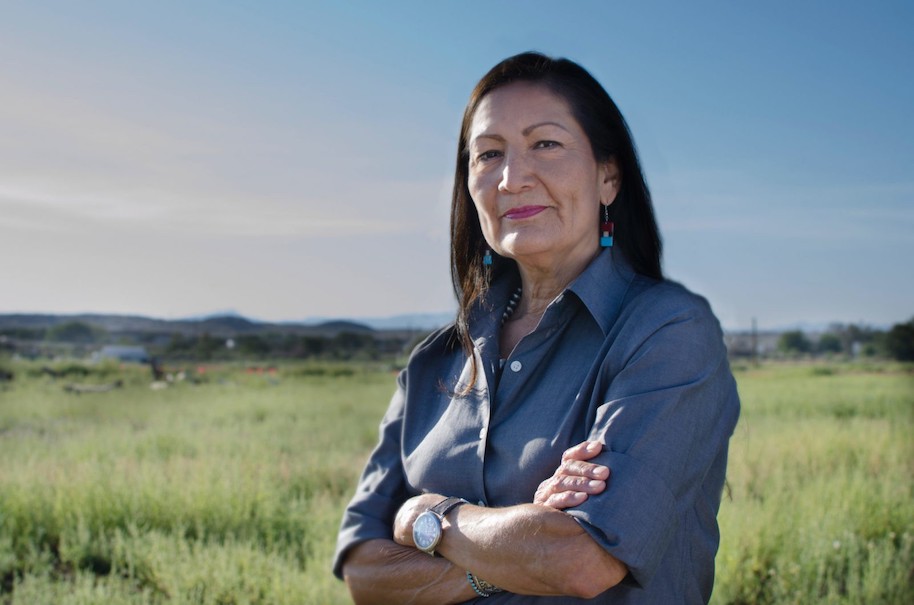 With two key Republican women in the Senate now pledging to support Deb Haaland for Interior Secretary, her nomination is almost certain when it reaches the full Senate.

Susan Collins, a Republican Senator from Maine, will also vote for Haaland in the full Senate.

The last hurdle before that Senate vote was approval by the Senate’s Energy and Natural Resources Committee. The committee held two days of hearings last week but adjourned without action.

This morning, Senators reconvened to debate and vote.

All eyes were on West Virginia Senator Joe Manchin, a Democrat from a coal industry state, and Alaska’s Lisa Murkowski, a Republican who had been heavily lobbied by energy interests to oppose Haaland.

Then came Republicans. Predictably, Sen. Barrasso sided with energy interests against her. But Murkowski, representing a state with a high Native American population, seemed swayed by the historic nature of the nomination of the country’s first Native American cabinet official.

By a vote of 11-9, Senators voted “favorably” on the confirmation of Haaland, sending her nomination to the full Senate for a vote sometime soon.

Who Voted for Haaland?

Who Voted Against Haaland?

Haaland’s confirmation heads to the full Senate where it will be scheduled for a vote. But don’t look for this to happen quickly.

Haaland, still a sitting member of the U.S. House of Representatives, is an important Democratic vote for Biden’s agenda and Speaker Pelosi is working to pass a long list of Democratic priorities for in Biden’s first 100 days. In other words, look for Haaland’s final vote to be scheduled sometime next month.