Posted on March 2, 2021 by Viktor Sulyandziga 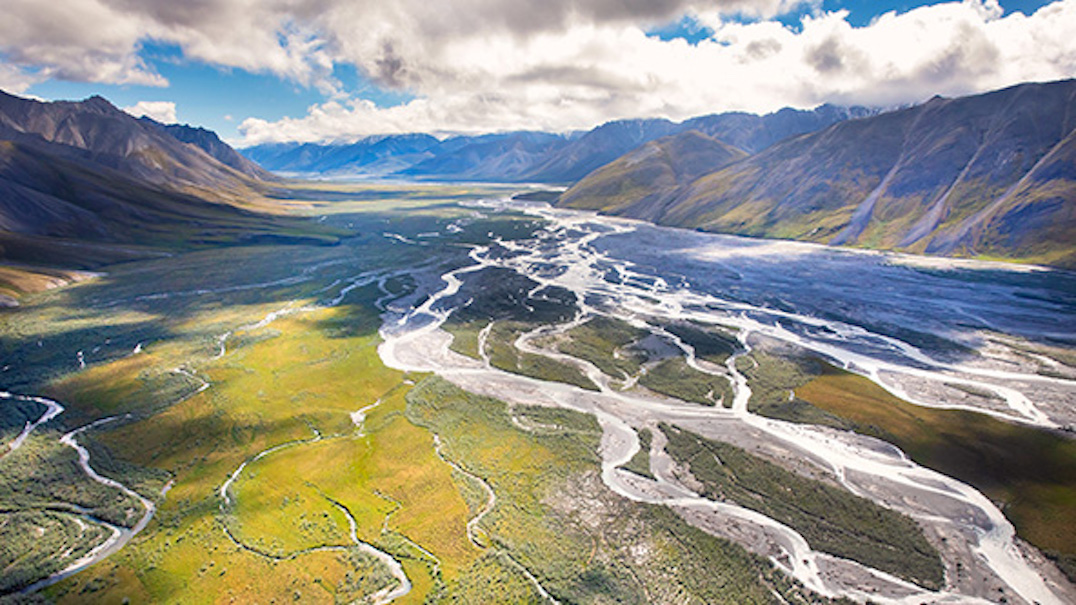 By building strategic alliances with investors and shareholders, Indigenous Peoples are proactively protecting their rights by urging corporate respect of those rights in routine operations.

In general, corporate consideration of Indigenous Peoples and their human rights is often peripheral to business operations and, when considered, are generally relegated to an environmental compliance process. This means that the impacts of development on Indigenous communities are often only addressed during project implementation, or only after a violation of their rights has occurred. Such an approach detrimentally narrows the focus to remedy of harms already done rather than preventing violations at the outset. Further, when tribes and Native people have used the courts to realize their rights under the Declaration, the relief is too often reactive to damages or human rights violations that have already occurred. When sacred lands or objects have already been destroyed, for example, there is no remedy even if a court case is ultimately won.

Since transnational corporations affect the human rights of peoples around the world in their ordinary course of business, in 2011 the United Nations set forth the Guiding Principles on Business and Human Rights as a three-part framework to address human rights impacts. The framework includes: 1) States’ responsibility to protect human rights, 2) the corporate responsibility to respect human rights, and 3) access to remedy for affected communities. Businesses have a responsibility to assess where their operations intersect with international human rights standards, and to do so with an eye towards prevention of human rights abuses. The Guiding Principles point to the significant overlap between a corporate director’s fiduciary duty to shareholders to manage the business with due care, and the director’s role to adequately assess the risks of corporate operations along a number of criteria such as financial risk, environmental risk, social risk, and human rights risk. This framework runs parallel to the decade-long shift in the corporate sector towards the adoption of broader environmental, social, and governance criteria (ESG), as well as the adoption of policies to respect human and environmental rights as a matter of business.

As part of the growing ESG movement, Indigenous Peoples have realized the cumulative power of building strategic alliances with concerned investors as an effective means to proactively protect their rights, as well as to integrate respect for their rights into corporate practice. These investors reach other impact-oriented investors to build coalitions that can elevate Indigenous leaders in strategies such as letter writing, speaking at industry events, direct dialogue with banks and corporations, and filing shareholder proposals. Together, these coalitions of investors and Indigenous Peoples bring their shared interest into focus by leveraging assets under management to influence corporate decision-making.

Indigenous Peoples have pioneered the use of shareholder advocacy as a strong tool to integrate respect for human rights into corporate practice, successfully eradicating racist branding and addressing cultural appropriation. For example, the Interfaith Center on Corporate Responsibility organized 800 investors to call on Liz Claiborne to retire the “Crazy Horse” brand; in 2007, the label was discontinued. Similarly, after long engagement around the Washington NFL team’s racist logo and mascot, in June 2020 investors—representing more than $620 billion in assets—sent a letter to corporate sponsors Nike, PepsiCo, and FedEx urging them to make good on their commitments to eradicate racism by pressuring the team to change its name. A letter with nearly 1,500 signatories of Native organizations and leaders was sent to show the wide consensus for change in Indian Country. By July 13, the team had retired the name and logo.

These successes are compounding, and shareholder advocacy is becoming an increasingly important strategy to protect Indigenous lands, territories, and resources from extractive development. Core to this engagement to build preventative frameworks is advocating for Indigenous Peoples’ right to free, prior, and informed consent (FPIC) over the development of their lands, territories, and resources. FPIC is of paramount importance because it is a critical safeguard of other rights, as true implementation of FPIC allows Indigenous leadership the opportunity to meaningfully choose what type of development may occur in their communities. Because the right to set self-determined development priorities needs to be recognized prior to project finance or project implementation, Indigenous Peoples are now leveraging early opportunities for shareholder advocacy and corporate engagement to influence business behavior towards optimal operationalization of FPIC.

Although Indigenous Peoples and investors have come together frequently over the last decade, few examples are as visible and powerful as what occurred during the Standing Rock Sioux Tribe’s opposition to construction of the Dakota Access Pipeline (DAPL) on their treaty territory. The Tribe had expressed their desire to reroute the pipeline away from their lands as early as 2014, filed a legal case in 2016 directly opposing the route as planned, and expressed to the media their position that the pipeline violated their treaty rights. When DAPL’s parent company—Energy Transfer Partners—continued construction, decimating objects with cultural and spiritual value to tribes across the Great Plains, the clear disregard for the Tribes’ resources and concerns led to significant social unrest. Indigenous Peoples and allies from around the world gathered on the banks of the Cannonball River to physically protest construction of the pipeline. In fact, the #NoDAPL movement swelled to 15,000 people at its apex and resulted in conflict, arrests and further human rights violations.

In parallel to legal and international advocacy measures, the Standing Rock Sioux Tribe activated a shareholder advocacy campaign targeted towards financial institutions funding pipeline construction. The Tribe, supported by a significant coalition of investors, sent a letter representing over $685 billion assets under management—the total market value managed on behalf of the investors’ clients—that elevated to those institutions the real-time impacts of corporate actors’ failure to consider human rights during construction. After meeting with multiple institutions over the course of the campaign, several European banks pulled their commitments from the pipeline.

The Standing Rock Sioux Tribe’s corporate engagement campaign put the rights of Indigenous Peoples on the radar as a material consideration for financial institutions. In 2018, First Peoples Worldwide used publicly available data to study whether the social and human rights risks attendant to DAPL manifested in financial losses. The study found that, though initially estimated to cost $3.8 billion, the pipeline cost more than $12 billion by the time it was operational in June 2017, losses accumulated from the long delays in construction due to social unrest and legal filings. Energy Transfer Partners’ stock price significantly underperformed relative to market expectations during the event study period, and it experienced a long-term decline in value that persisted after the project was completed. In fact, from August 2016 to September 2018—while the S&P 500 increased by nearly 35 percent—ETP’s stock declined by almost 20 percent.

While the case study does not attribute this underperformance exclusively to social pressure, the early failure to respect the human rights of the affected Indigenous Peoples led to social protests and pressure, which led to the delays that ultimately cost the company and associated financial institutions billions of dollars. Given these financial losses, this case study demonstrates the need for corporate directors and shareholders to understand, review, and incorporate respect for Indigenous Peoples into their business operations as a matter of fiduciary duty, if not as a matter of sustainable finance.

Implementing Shareholder Advocacy in the Arctic

More recently, the Gwich’in Steering Committee has leveraged shareholder advocacy to create new momentum to protect the Coastal Plain of the Arctic Refuge, which is currently under direct threat of development by oil and gas companies. The Coastal Plain is sacred for the Gwich’in and other Alaskan Natives – the Gwich’in call it “Iizhik Gwats’an Gwandaii Goodlit” (The Sacred Place Where Life Begins). In 1988, Gwich’in Elders and Chiefs gathered for the first time in over 150 years and formed the Gwich’in Steering Committee (GSC) to act as the unified voice to protect their ancestral lands. Since then, the Gwich’in people have used every mechanism possible to protect the Coastal Plain from oil and gas development and recently have engaged with corporate and financial institutions in those efforts. In 2019, the GSC met with multiple financial institutions to urge them to ban financing for oil and gas development in the Arctic Refuge. At the meetings, representatives from the banks recalled meeting with Standing Rock Sioux tribal leaders in 2016 and indicated that those meetings continue to influence their policies.

To date, more than 30 international financial institutions have adopted policies that exclude project-level financing for oil and gas development in the Arctic. Significantly, since the meetings in 2019, all six major US banks and all major Canadian banks released updates to their policies banning project-level financing for fossil fuel development in the Refuge, and lease sales performed dramatically below expectations, with no major energy companies participating.

This strategy is increasingly important as incursions continue unabated around the world affecting Indigenous communities in Russia, the Amazon, Australia, and Africa, and, in the US, in Minnesota, Arizona, and southern Alaska, among so many more.

Engaging with investors and shareholders to elevate the importance of Indigenous Peoples’ rights is an increasingly critical avenue for advocacy and change, especially as companies and investors seek additional means to activate their own values aligning with social, environmental, and racial justice. Shareholder advocacy creates accountability not only between a boardroom and the impacts of business in Indigenous communities but between a corporation’s own policies and actions. Through understanding and incorporating these rights at every stage of decision-making—especially the initial stages—businesses can pave the way for a more integrated respect of Indigenous Peoples’ rights, one that is forward-looking instead of reactionary. In this way, centering the rights of Indigenous Peoples is an imperative for companies who are seeking the best means not only to prevent human right violations but to activate greater respect for Indigenous Peoples by aligning their operations with Indigenous self-determination and well-being.

← ‘It’s cultural genocide’: inside the fight to stop a pipeline on tribal lands
“BASF must take action to address NorNickel’s violations”: Open response letter to BASF →