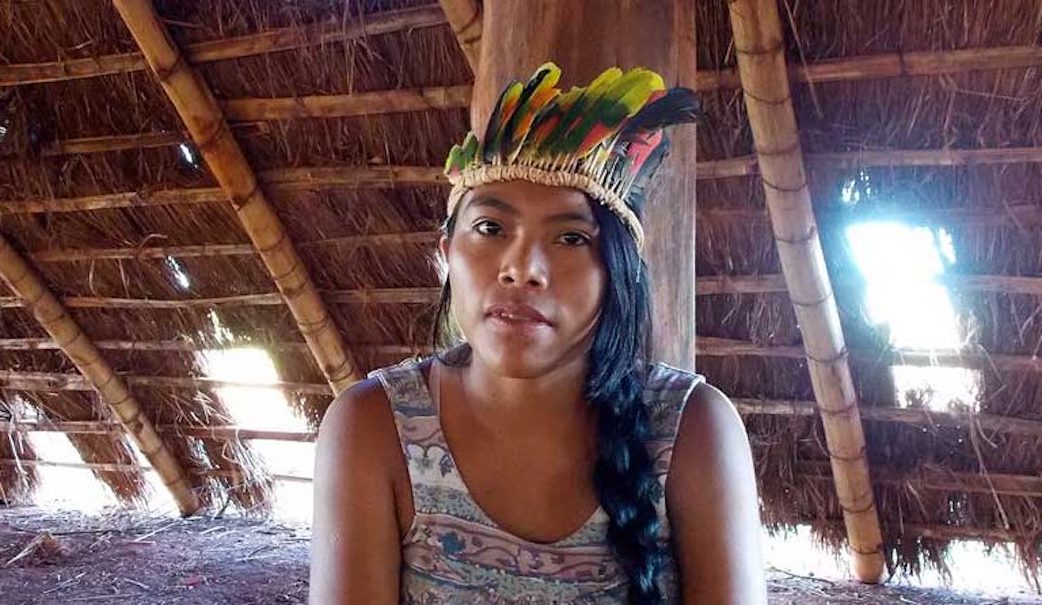 In a landmark decision that could bolster Indigenous land rights in Brazil and serve as a setback to the Bolsonaro administration’s stonewalling of demarcations, the country’s Supreme Court has agreed to review the process around a past case that cancelled the demarcation of an Indigenous territory claimed by the Guarani Kaiowá people.

In a unanimous decision last week, judges from the Supreme Federal Court (STF) accepted an appeal by the Guarani Kaiowá Indigenous people, whose decades-long fight for rights to the Guyraroká land was paralyzed by a 2014 ruling halting the territory’s demarcation process.

“This now paves the way for us to start the motion to annul that decision,” said Rafael Modesto dos Santos, legal advisor to the Indigenous Missionary Council (CIMI) and one of the lawyers for the Guyraroká community. “In other words, the process will start from zero. But before, we weren’t even allowed on the starting line.”

The Guyraroká territory, in the Brazilian state of Mato Grosso do Sul, was recognized as an Indigenous territory in 2004, and FUNAI, the federal agency tasked with protecting Indigenous interests, began the lengthy demarcation process in 2009.

But before the territory could gain full protected status under federal law, STF judges ruled that the Guarani Kaiowá had no legal claim to their ancestral territory because they were not living on it when the Brazilian constitution came into force in 1988.

The community tried to appeal the decision several times with no success, before the case was closed in 2016. But in last week’s ruling, the STF said the 2014 decision to throw out the demarcation process could be appealed and reviewed because the legal proceedings had lacked input from the Indigenous community.

While this latest STF ruling does not overturn the 2014 decision to scrap the territory’s demarcation, the reopening of the case marks a turning point and also sets an important precedent for other disputes over Indigenous lands in Brazil, according to Juliana de Paula Batista, a lawyer with the Instituto Socioambiental (ISA), a nonprofit that defends the rights of Indigenous and traditional people.

“It wasn’t just any victory, it was a victory by unanimous vote,” she told Mongabay. “All the judges agreed that, in a legal proceeding that harmed Indigenous people and did not give them the opportunity to participate, the proceeding must be annulled.”

“There is now a possibility for the judgement annulling the demarcation of Guyreroka to be overturned and another judgment to be handed down,” Batista said, adding that the ruling could also help other Indigenous groups who in the past weren’t allowed to participate in legal proceedings that revoked their land rights.

Last week’s decision is especially important within the current political context, in which signals by President Jair Bolsonaro have emboldened attacks on Indigenous land rights, according to Sarah Shenker, a campaigner with Survival International, an NGO that defends the rights of Indigenous people and has been working with the Guarani people for decades.

“With this war that is being waged on Brazil’s Indigenous people, it’s especially important that the Supreme Court has voted in favor of the Guarani and reminded everybody that Indigenous people have the right to a fair hearing,” Shenker said in an interview with Mongabay.

The Guyraroká territory at the center of the dispute sprawls across some 11,000 hectares (27,181 acres) of Mato Grosso do Sul, in Brazil’s agricultural heartland. A large part of the area being disputed by the Guyraroká is controlled by José Teixeira, a powerful politician and rancher.

The Guarani Kaiowá people say their land — part of Brazil’s vast tropical savanna biome known as the Cerrado — was stolen decades ago and turned into sugarcane plantations. The Indigenous families living on what they claimed as ancestral lands were forced into government reserves or pushed to the margins of nearby towns, according to Indigenous rights activists.

In 2000, a group of families returned to “re-occupy” a slice of the territory, setting up a makeshift village. Today, some 26 families remain on about 55 hectares (136 acres) of that territory, according to Shenker.

“These powerful ranchers are using the Guarani’s land,” she said. “And in the meantime, the Guarani are living in terrible conditions, in overcrowded reserves or on the sides of main roads or on tiny patches of their land, which they’ve tried to re-occupy.”

In 2013, the Guyraroká community’s leader Ambrósio Vilhalva was found dead just meters away from his home, a makeshift canvas shack in the occupied village. Police later said the murder was not connected to the local land dispute.

While the latest STF ruling has given the Guyraroká community new hope, there is no clear timeframe for when the case will move forward, Modesto dos Santos told Mongabay. “But we are confident that we will win.”

Legal experts say the Guyraroká case could be held up by another proceeding — a case involving the Xokleng Indigenous people in Santa Catarina state that also questions whether the government can deny land rights to Indigenous people whose territory was appropriated before 1988.

The STF ruling in that case — stalled since October 2020 — is expected to set a precedent that will decide whether the courts can place a time limit on the land rights of the Guarani Indigenous people — known as “marco temporal” in Portuguese.

Litigators have argued that the 1988 Indigenous occupation date is unfairly arbitrary, since many Indigenous groups had their ancestral lands stolen from them before that date and been forced off their lands.

“This is a process that will determine whether the “marco temporal” will be applicable to all Indigenous lands or not,” said Batista. “So we’re all watching closely.”

← Opposition Wins Greenland Election After Running Against Rare Earths Mine
The Kamchatka-born specialist in Indigenous knowledge systems on how she hopes to help her salmon community from the heart of America. →