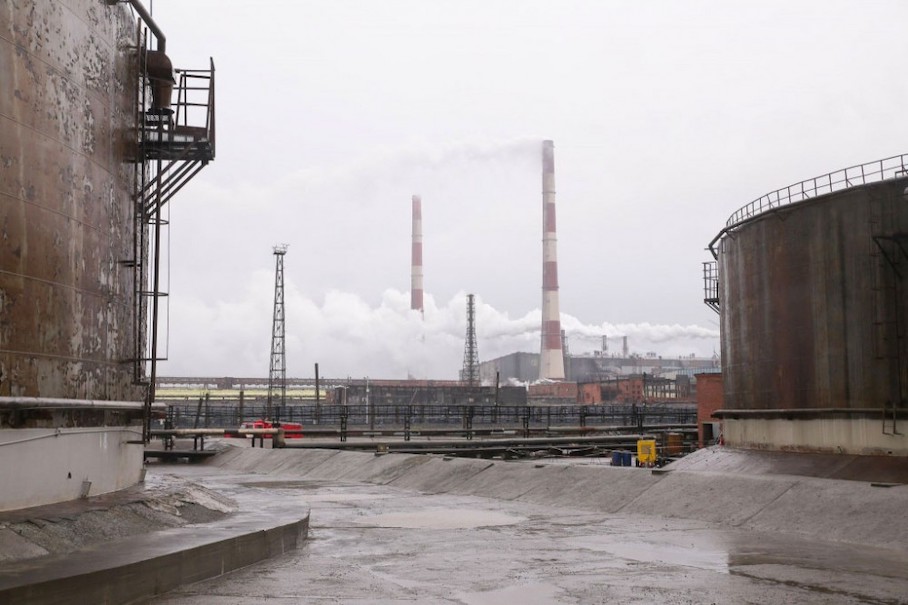 On May 29, 2020, more than 21,000 tons of diesel fuel were spilled by metals giant Norilsk Nickel into the tundra of northern Russia’s Taimyr Peninsula, saturating the land and local waterways in oil. The incident is considered Russia’s worst oil spill in decades. Since then, Norilsk Nickel has made many rosy assurances, specifically towards Taimyr’s Indigenous tribes, who have dealt with pollution caused by the company for many years. Aside from paying the affected communities a small sum of money, Nornickel has done little else except pledge to change its conduct and policies – an empty promise it has made many times before.

Norilsk Nickel’s approach to Indigenous peoples in the region is paternalistic and colonial. It claims to observe international norms, especially as they pertain to Indigenous rights, yet it consistently fails to translate these declarations into action. While the company has a working relationship with Indigenous peoples in the Taimyr region, it is by no means an equal partnership, but rather a relationship between big business and colonized peoples. While Nornickel has allocated money towards projects for the Indigenous communities in Taimyr in the past, they have not shown respect for Indigenous self-determination. Norilsk Nickel has never considered that it operates on Indigenous land, and that maintaining an equitable relationship with the Indigenous peoples of the region is not a favor on the part of the company, but rather its obligation.

The company has an Indigenous rights policy, yet it does not mention Free Prior and Informed Consent (FPIC), a right mandated by the United Nations Declaration on the Rights of Indigenous Peoples which is an international standard. While the company listed some of the support it has given to Indigenous peoples in Taimyr thus far, none of Norilsk Nickel’s press releases on the topic of cooperation with Indigenous peoples include a discussion of FPIC, or whether it plans to consult Indigenous peoples going forward.

Although Norilsk Nickel has pledged to spend 2 billion rubles on Indigenous programs over the next five years, which sounds like a respectable sum, less than 10 percent, or approximately 250,000 rubles per person (about USD 3000), of this funding will go directly to affected communities, while the majority will be spent on company-directed programming, anonymous sources say.

Furthermore, Norilsk Nickel’s contract for disbursing the funds stipulates that the conditions for receiving them is that communities will refuse to pursue further claims for funds and will not file claims in court to ask for more compensation in the future. Some community members now plan to legally challenge these conditions.

The company has also recently announced that it has signed agreements with multiple Indigenous organizations, and hired community members to serve as Indigenous spokespeople within the company, who say they represent all Indigenous peoples of Taimyr. The only people these representatives speak for is the company, since they are on Norilsk Nickel’s payroll and are entirely dependent on the company. Meanwhile, Nornickel refuses to lead a constructive dialogue with Indigenous peoples who raise criticisms about the company’s conduct. Norilsk Nickel says that it plans to carry out an expedition to consult Indigenous peoples of Taimyr about their “opinions,” that it is committed to ensuring transparency in all decisions, and that a council run by Nornickel will monitor the efficiency of financial allocation to communities.

Any educated person would be quick to point out that a company cannot be trusted to hold itself accountable impartially, and this is especially true in the case of Norilsk Nickel, which has fought repeatedly to block independent sources from inspecting its facilities or taking samples, even after the catastrophic oil spill last year. The company has also historically bribed environmental watchdogs to hide the extent of pollution in the region. A survey of the pollution that the company carried out following the spill found that “no major disaster happened” and that “ecosystems demonstrate a strong regenerative capacity,” which is an interesting conclusion considering that the extensive impact of the fuel spill and other pollution is well documented in news articles and scholarly papers. It is also well known that Arctic environments are particularly sensitive to pollution because the short growing season causes the landscape to regenerate slower. Given what we know about Norilsk Nickel’s conduct, it is therefore difficult to believe that future company initiatives or reports will objectively survey and analyze problems, especially when they concern Indigenous peoples.

Speaking on behalf of any Indigenous peoples is not the goal of this commentary. It is simply a demand that a real dialogue be carried out between Norilsk Nickel and the Indigenous peoples of Taimyr. Not with people paid by the company or the Russian government, but those who have suffered from the spill and the ongoing pollution of decades past, who have faced problems with access to food and their traditional lands due to environmental degradation. Conducting a dialogue with free people who know their rights and are not dependent on the company’s goodwill for their livelihoods is obviously much more difficult than working with people who are in a position of dependence and risk losing everything if they speak up against wrongdoing, but this is the proper way to conduct business, and if Norilsk Nickel wants to be taken seriously as an international company, this is the path they must take.

The goal is not to shutter Norilsk Nickel or its factories, but to make sure that the company observes the Indigenous rights that it claims to adhere to. If Norilsk Nickel does not observe these rights, then everyone must know that it is not following them, and that it cannot in good faith call itself a responsible company that upholds international standards. Norilsk Nickel must be held accountable, and the company must follow through on its promises – otherwise they will be seen as nothing but PR and propaganda.