Posted on December 8, 2022 by Viktor Sulyandziga 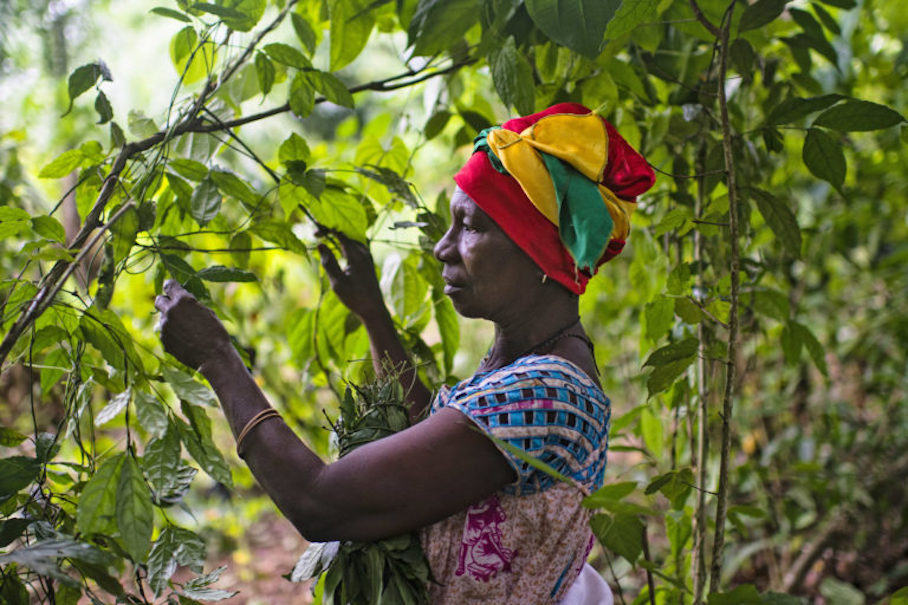 Protecting forests by investing in Indigenous peoples and local communities, or IPLCs, is increasingly seen as one of the most effective ways to mitigate climate change and halt the global loss of biodiversity. The trouble is that a lot of the funding flow doesn’t reach the IPLC-led organizations that can tackle these issues, says Lindsey Allen, executive director of the Climate and Land Use Alliance (CLUA).

“Right now there’s incredible dissonance between what the evidence shows works for protecting tropical forests and supporting communities, and where the majority of funding flows,” Allen said in an email to Mongabay. “This has to change. It is impossible to end deforestation without a much larger portion of funding reaching organizations in tropical forest countries, and especially Indigenous and community organizations.”

In response to this disconnect, IPLC organizations are banding together to develop funding mechanisms to which big donors can contribute. In support of these efforts, U.S.-based CLUA, which itself is a collective of several private foundations, is working with a broader group of philanthropic climate donors to develop what Allen calls “a ‘plumbing’ system for this finance.” The goal is to move funds more effectively to places where they can have the most impact.

Scientific research has brought the important role that IPLCs play in managing forests into sharp focus. Traditional lands hold 36% of remaining intact forests, which contain vast amounts of carbon critical to meeting global climate goals. But in many places, IPLC rights aren’t legally recognized. These organizations also face a number of hurdles blocking the path of financing from donors’ endowments. IPLC organizations often can’t comply with monitoring and reporting requirements, and the funding they receive may not be flexible enough to be tailored to on-the-ground priorities.

What’s more, IPLC organizations are often small and too numerous for donors to interact with directly. That can make communication difficult, said Levi Sucre Romero, an Indigenous Bribri leader from Costa Rica, in a recorded text message to Mongabay.

“We realized that it is difficult [or] impossible to work with everyone or talk to everyone at the same time,” said Sucre, also the co-president of the Global Alliance of Territorial Communities. GATC represents traditional communities in 24 countries covering 60% of Earth’s tropical forests.

Funding has begun to flow toward climate projects, especially since the announcement of a $1.7 billion commitment from governments and private funders announced at the 2021 U.N. climate conference. But IPLC leaders and Indigenous rights advocates have raised concerns that only 7% of the $321 million delivered in the pledge’s first year went straight to IPLC groups.

Sucre said projects aimed at restoring forests, thereby securing the carbon they contain and the biodiversity they support, do need more money. The Rights and Resources Initiative figures it will cost $10 billion to formalize IPLC claims by 2030 to limit the rise in global temperatures. But, Sucre said, the 2021 pledge has opened the door to new conversations around funding and helped IPLCs understand what has been blocking access to that money.

One response from the global IPLC community has been to create a set of geographically focused funds that act as clearinghouses for donor funds, distributing large grants in smaller tranches to local organizations. IPLC-led funds, including the Mesoamerican Territorial Fund in Central America, the Nusantara Fund in Indonesia, and the Podáali Fund in Brazil, are built around the Shandia platform, which centers on IPLC control of how the money intended to address climate change and land degradation is spent.

IPLC leadership around these issues has spurred donors to create complementary systems that link directly with these IPLC-designed mechanisms. CLUA, for example, is working with 13 private philanthropies on the Forests, People, Climate Collaborative to bring more money to IPLCs and to funnel as much as possible through these IPLC-governed mechanisms.

“We believe that most often, [territorial funds] understand, can access, and are best placed to support the landscape of local organizations in ways multi-million-dollar funders can’t,” Allen said.

The 13 private donors involved have committed a combined $780 million toward climate projects in tropical forest countries, specifically in the Amazon, the Congo Basin and Indonesia. They hope to raise a total of $1.2 billion over the next five years. Allen said the group plans to utilize existing territorial funds and help create new ones where necessary.

Forests, People, Climate will also work to lower the hurdles that IPLC groups face. Allen said IPLC groups often struggle with donor requirements around reporting on the progress of funded projects, which diverts energy and resources away from the actual work that will benefit climate mitigation.

“We’ve heard the Global Alliance of Territorial Communities describe it best when they ask for ‘results-based reporting’ rather than ‘receipts-based reporting,’” she said. “To put it another way: would funders rather use the limited hours of a frontline Indigenous leader to pull together a community response against illegal mining invasions, or to pull together her expense reports?”

Still, accountability is essential, Allen added, and reporting and other administrative tasks may be cases in which IPLC organizations could choose to work with intermediaries such as international NGOs, development banks and consulting groups.

They “each play different roles in this ecosystem and the question is: who is best positioned to deploy funding for what?” she said. Forests, People, Climate aims to help determine when working with an intermediary will benefit the project on the ground.

Sucre said he’s heartened by the changing course of the conversation because it now centers on how best to support IPLCs. The Forests, People, Climate Collaborative was announced Nov. 7 during the U.N. climate conference in Sharm el-Sheikh, Egypt. Sucre said the GATC will continue to work with the CLUA and the funders to work out a governance structure at the U.N. Biodiversity Conference beginning Dec. 7 in Montreal.

The environmental NGO Rainforest Foundation Norway (RFN) has reported on the dearth of IPLC support, noting in a 2021 report that less than 1% of climate-related aid goes directly to these groups. RFN has also worked as an intermediary with IPLCs in places like Indonesia.

Torbjørn Gjefsen, policy team leader at RFN and the lead author of the 2021 report, welcomed such steps to re-channel funding. (RFN receives funding from the Ballmer Group, which is also among the 13 funders of Forests, People, Climate.)

“There is growing philanthropic interest in funding efforts to protect nature and safeguard rights, which is both welcome and needed,” Gjefsen said in an email. “But it is important that this growth is coordinated and informed by the experience and insights of those that have provided funding for this over time, to make sure it reaches the places it is needed the most and where it will have the greatest effect.

“This is something the ‘Forest, People, Climate’ initiative can contribute to,” he added.