Posted on September 11, 2022 by Viktor Sulyandziga 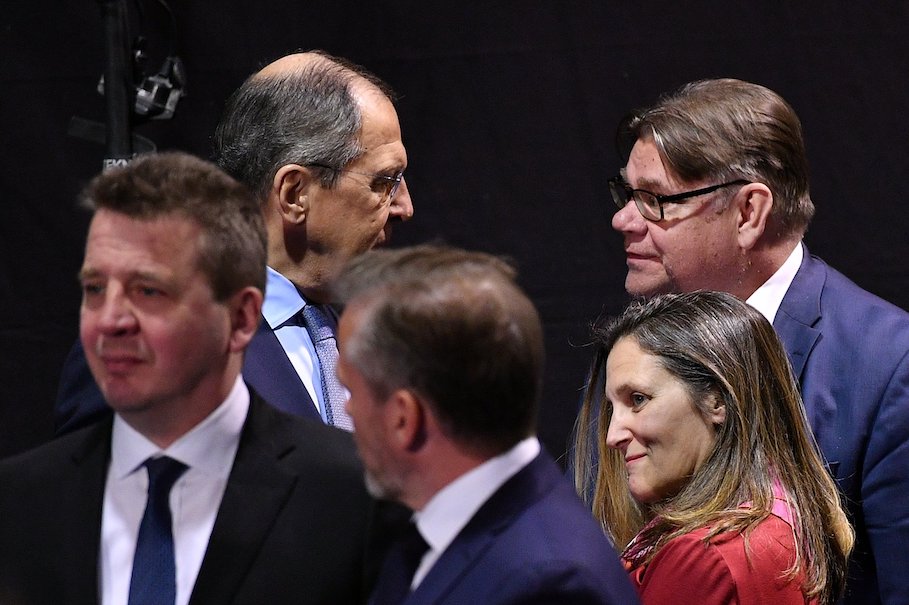 As the war in Ukraine drags on, Arctic states need to find more permanent avenues for collaboration in the region.

The Arctic was supposed to be exceptional — an area of the globe substantially removed from the pressures of great power politics. Russia and the U.S., despite their military and security interests there, found ways to cooperate regardless of troubles elsewhere. The Arctic Council in 2021 celebrated its 25th anniversary as a successful forum for cooperation on economic and environmental issues among the eight states with territory above the Arctic Circle.

Then came the Russian invasion of Ukraine earlier this year, which dealt a long-term blow to regional harmony.

It has been six months since the work of the Arctic Council was put on hold by the U.S. and other members besides Russia. The most important venue for pan-Arctic cooperation — and thus a central element of Arctic cooperation itself — ceased to function for the first time. As the Ukraine conflict shows few signs of winding up, it is time to take stock of where we are and what the future paths for Arctic relations may be.

The pause initiated on March 3, 2022 by the seven so called “A-7” or “Arctic 7” states was by its terms supposed to be temporary, with participation in Arctic Council activities hopefully to be resumed pending improved circumstances. When conditions didn’t improve, on June 8 these states announced a limited resumption of work on council projects that do not involve Russia’s participation. While such projects account for a substantial amount of work, the step was awkward given that Russia holds the council’s two-year rotating chairmanship and was leading the council’s efforts.

The invasion of Ukraine had a deep impact on the U.S. and Western countries in particular, and it could not be ignored in the Arctic. It brought war to the heart of Europe, and led many countries including Arctic Council member states to provide arms to Ukraine that are being used against Russian soldiers. In the Arctic, Russia became widely seen as a not just a theoretical but an active threat, with the result that Finland and Sweden took the extraordinary step of applying for NATO membership. As a result, NATO will increase its northern (and thus Arctic) presence, and all Arctic nations  besides Russia will be NATO members — a disquieting development for Russia. The council — and other Arctic institutions and processes — had muddled through Russia’s attack on Crimea, but this was more serious.

What has become clear is that the degradation in Arctic relations will be with us for the long term. Where does that leave us?

Multilateral Arctic cooperation is more necessary than ever. The latest science informs us that the Arctic is warming four times faster than the rest of the globe (not just two to three times faster as thought until quite recently), and seven times faster in some areas. Circumpolar science conducted in the Arctic is vital for addressing climate change worldwide.

The Arctic Council has made a tremendous contribution on a wide range of environmental and economic issues, and its programs need to be continued and strengthened. It has taken years for the council to develop into an effective organization, and its collapse needs to be avoided because Arctic residents and stakeholders have come to depend on it. Rebuilding the institution could be time consuming and difficult.

Yet, working with Russia in the Arctic Council isn’t appropriate or feasible at the moment. The council isn’t a regulatory body that produces rules for governance the way the International Maritime Organization does for shipping or the International Civil Aviation Organization does for air traffic. It is a forum that achieves its objectives on the basis of discussions and mutual accommodation. Governments at odds over Ukraine can’t be expected to make progress on environmental rules where trust is needed, or to jointly promote business opportunities.

Indigenous groups have insisted that Arctic collaborations must continue despite the war in Ukraine, to find ways to improve health conditions, promote adaptation to a changing environment and improve infrastructure and living standards. They point out, with considerable justification, that the needs of their communities have little to do with the crisis in Ukraine or geopolitical rivalries.

It is important to bear in mind that aspects of Arctic multilateral cooperation not involving Russia remain robust and effective. There are strong economic and science links among the other Arctic states, as well with non-Arctic states active in the region, that in no way depend on Russia. These are ongoing and are not necessarily impeded by the Arctic Council being sidelined or by lack of access to Russian territory or support.

And yet, in the long term, there is no meaningful pan-Arctic cooperation without Russia. It makes up about half the Arctic, and is a country not only of considerable size but also influence and capability. Hence, it is necessary to keep in mind and indeed hope for the eventual reintegration of Russia into systems of Arctic cooperation, including the Arctic Council.

With all this in mind, what are the next steps that the U.S. and allied countries should take?

The A-7 countries moving ahead with Arctic Council on projects not involving Russia made good sense, but doesn’t deal with the more fundamental question of the status of the Arctic Council itself. Should the council, even in the midst of the Russian chairmanship, be taken over by the other members and operated without Russia?

I believe this should be avoided. The basic concept of the council at its creation is that it was a body comprised of eight states with equal status, and that all decisions would be taken by consensus of the eight. This was a fundamental aspect of the 1996 Ottawa Declaration. As the council is a forum and not an international organization as a legal matter, there is no breach of international law if the A-7 decide to ignore the consensus rule and in effect jettison Russia. But that would be inconsistent with the declaration and the rules of procedure of the council, and Russia is likely to object strenuously. The council would face difficult procedural problems. The work of the council’s subsidiary bodies are supposed to be endorsed by the Senior Arctic Officials and by ministers who would meet in May of next year. However, Russia is slated to host the next ministerial, and it isn’t clear how or when a ministerial without Russia could be convened, or how Norway, as the incoming chair, would have its proposed work program agreed by ministers.

Thus, if the Arctic Council is operated without regard to Russia during the Russian chairmanship, or if the other countries host their own ministerial or begin a new Norwegian chairmanship without Russian concurrence, it becomes more likely that Russia would resist returning to the Council in the future. Russia has already withdrawn from the Council of the Baltic Sea States and the Council of Europe, and so as has been suggested elsewhere, “the danger is real.”

A possible way to avoid this problem is for the A-7 and Indigenous groups to agree to interim measures under which they would continue Arctic cooperation, both Arctic Council projects not involving Russia and other forms of cooperation that they wish to undertake as a group, without formally doing so under the banner of the council. They could, at least as an initial step, agree to follow the procedures of the council as appropriate and continue to receive support from the Arctic Council’s secretariat located in Tromsø, Norway.

In pursuing any course of action, there needs to be active consultation with the Indigenous groups who would normally wield considerable influence within the Arctic Council. That said, the solution is unfortunately not as simple as inviting all the Permanent Participants, as these groups are known within the Council, to join in a collaboration with the A-7 states, as one of them, the Russian Association of Indigenous Peoples of the North (or RAIPON), has taken a formal position supporting Russia’s Ukraine invasion. Including RAIPON would likely not be acceptable to the A-7.

Beyond the diplomacy that takes place in the Arctic Council, the A-7 and their allies need to pay increased attention to Russia’s military buildup in the Arctic. Contact between their coast guards and Russia’s remains important, along with attempts to establish and implement protocols that reduce the risk of accidental conflict on the sea and in the air.

In addition, the stoppage within the council presents non-Arctic states with an opportunity to work more closely with the Arctic states. This will be true for the A-7 states, which can increase their collaboration with actors such as the EU, the UK, France, Germany, Japan, South Korea on economic, scientific and security matters. But in parallel we can expect that Russia will reach out to China and India, to involve them even further in Arctic affairs.

It turns out that Arctic exceptionalism was a mirage. Nevertheless, while we can hope that the Arctic Council will regain its footing in future years, as the Ukraine crisis continues, the U.S. and other Arctic countries should search for other ways to promote Arctic cooperation.

← Recognizing the transformational potential of Indigenous-led conservation economies
Xenophobia and indigenous peoples in Russia. What does the “Hate Crime” topic mean for Russian IP? →