Posted on August 10, 2022 by Viktor Sulyandziga 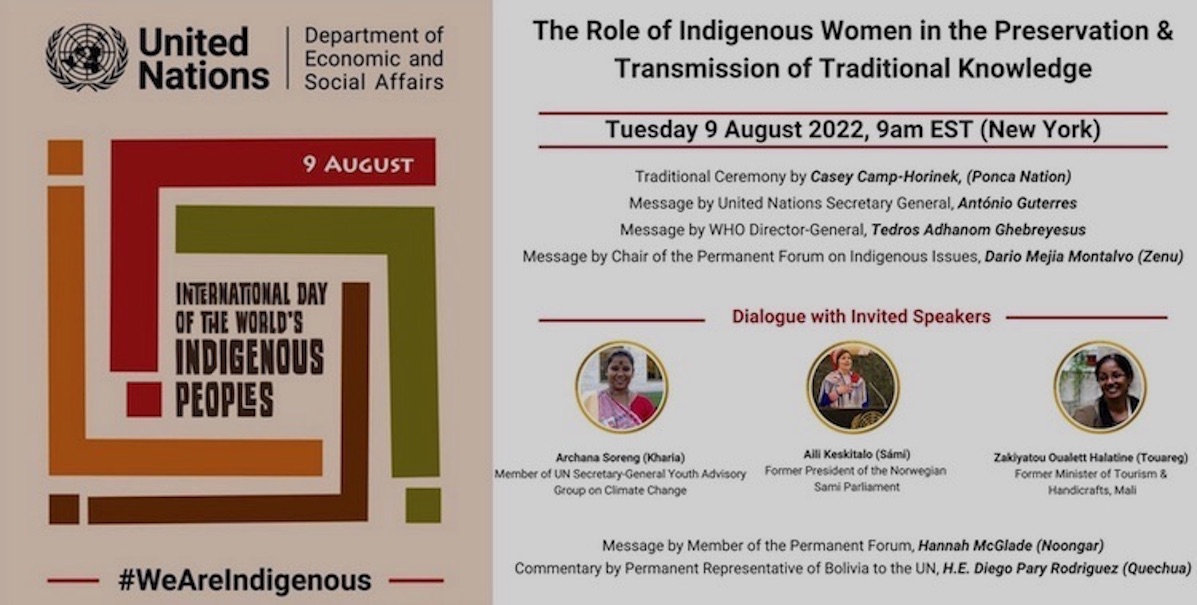 On August 9, 2022, the International Day of the World’s Indigenous Peoples, Indigenous leaders will launch a new site—www.sirgecoalition.org—as part of the official public announcement of a new coalition to Secure Indigenous People’s Rights in a Green Economy (SIRGE Coalition).

The minerals necessary for renewable energy minerals, such as nickel, lithium, cobalt, and copper are critical to the development of a green, low-carbon economy. As demand for these transition minerals is skyrocketing, increased mining threatens Indigenous rights and territories where there is not a comprehensive assessment of risks and harms to Indigenous Peoples, and complete participation of Indigenous Peoples who are impacted.

Cultural Survival, First Peoples Worldwide, Batani Foundation, Earthworks, and the Society for Threatened Peoples have launched the SIRGE Coalition as a platform to champion a Just Transition to a low-carbon economy. SIRGE Coalition is calling upon government, corporate, and financial decision-makers to avoid the mistakes and harms of past resource development by protecting the rights and self-determination of Indigenous Peoples around the globe, many of whom live on lands rich in transition minerals.

A few of many examples of Indigenous Peoples currently experiencing harms and threats from unconsented development of transition minerals include:

Peehee Mu’huh, or Thacker Pass, sits at the southern edge of the McDermitt Caldera in Humboldt County, Nevada. Lithium Americas is attempting to develop a lithium mine on these lands, which are sacred to Shoshone and Paiute Peoples.

In Guatemala, members of the Indigenous Q’eqchi’ community peacefully blockaded the Fenix Nickel Mine to protest the lack of consultations and Free, Prior, and Informed Consent for the mine, which has polluted their traditional fishing grounds in Lake Izabal.

In Russia, Indigenous communities on the Taimyr Peninsula suffered food insecurity after a fuel spill in 2020 from a subsidiary of Nornickel—a mining firm that supplies some 20 per cent of the world’s Class I nickel needed for electric vehicle batteries—polluted local waterways. Despite pressure from companies in the supply chain, Nornickel has failed to respond to requests from Indigenous communities for adequate compensation and restoration of the fragile Arctic environment.

Indigenous territories contain significant concentrations of untapped heavy metal reserves around the world. In the United States, a study by MSCI estimated that 97 per cent of nickel, 89 per cent of copper, 79 per cent of lithium, and 68 per cent of cobalt reserves and resources are located within 35 miles of Native American reservations. A 2020 study found that mining potentially influences 50 million square kilometres of Earth’s land surface, with 8 per cent coinciding with Protected Areas, 7 per cent with Key Biodiversity Areas, and 16 per cent with Remaining Wilderness.

SIRGE Coalition is calling for full implementation of the UNDRIP, including the right to Free, Prior and Informed Consent, in all endeavours related to the extraction, mining, production, consumption, sale and recycling of transition and rare earth minerals around the world.