Posted on August 8, 2022 by Viktor Sulyandziga 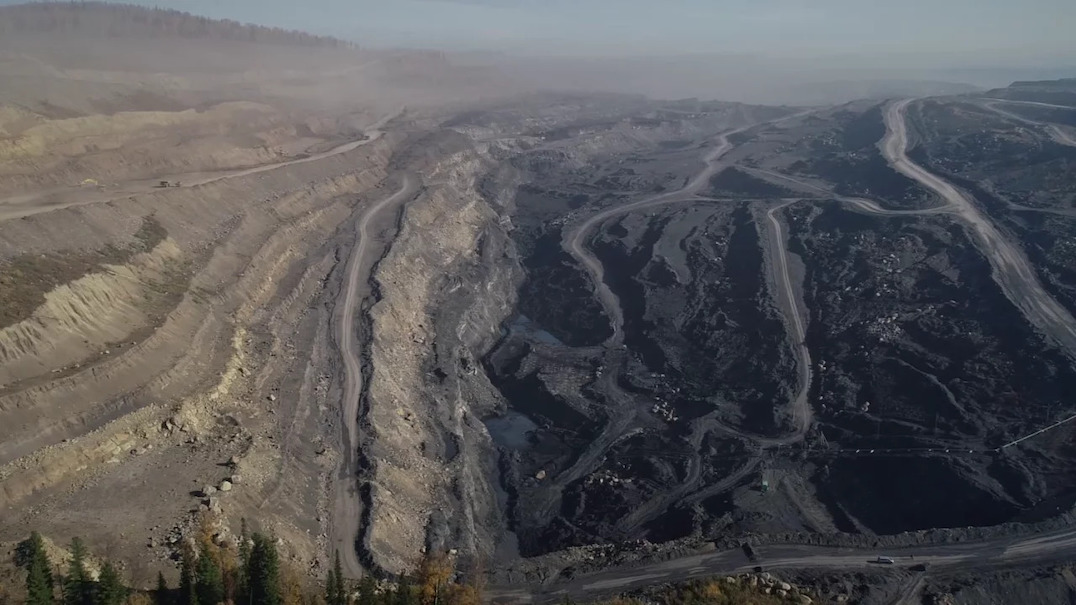 Vyacheslav Krechetov’s documentary “The Gold of Shoria” recounts the story of environmental catastrophe in southern Siberia, where coal and gold mining companies are causing irreparable harm to the traditional lands of the Shor – a small Indigenous people of Russia living on the territories of the modern Republic of Khakasia and Kemerovo Oblast. In 2021, this film won the prize for “best film on social, economic, and cultural rights” at the Bir Duino 15th International Festival of Documentary Films on Human Rights.

We see a striking contrast in the film “The Gold of Shoria”: The sublime beauty of Siberian nature is defenseless and vulnerable before the barbaric activities of mining companies. Against this backdrop, we hear the voices of those trying to protect the right of Indigenous peoples to live on their land. These include the voices of Shor people living in Askizky District, Khakasia and Mezhdurechensky City District, Kemerovo Oblast, as well as environmentalists and experts.

“My film is about the systematic violation of the rights of an Indigenous people – the Shor living in Kemerovo Oblast and Khakasia. As they carry out their work mining for coal or gold, the mining companies ignore the fact that ethnic groups attached to the environment, are leading a traditional way of life and are endeavoring to preserve this way of life in these areas. The destruction of their living environment – the forest taiga – directly harms these ethnicities and ruins their sacred cultural sites, the graves of their ancestors, and their homes,” said Krechetov.

According to the most recent census, just over 12,000 Shor remain. Their numbers have dropped by 14 percent since the mid-20th century and are continuing to fall today. Their places of traditional residence – villages in Askizky District, Khakasia (Balyksa, Neozhidanny, Nikolaevka, and Shora) and Mezhdurechensky Municipal District, Kemerovo Oblast (Orton, Ilynka, Uchas, and Trekhrechye) were added to the Federal List of Places of Traditional Residence and Activities of Small Indigenous Peoples and must be protected from commercial exploitation. In addition, Shor lands within Khakasia were included within the borders of specially protected territories of traditional nature use, where any activity that threatens the condition of natural resources is prohibited. Nevertheless, over the past five years, the scale of land development in places where the Shor traditionally reside has increased, and today almost no untouched taiga is left. The exploitation by subsoil users of places where the Shor have traditionally resided threatens their culture and language, destroys cultural places and sites, and makes it impossible to engage in traditional activities (hunting, fishing, foraging).

River pollution resulting from gold mining is a major problem for traditional Shor territories, because the rivers are the main source of drinking water and an important element of the Shor people’s economy and diet. In May and June of 2021, WWF experts identified 30 cases of complex river pollution resulting from placer gold mining in four regions of Siberia on plots along a total length of 1,474 km. Of these cases, five occurred along 203 km in Khakasia, and five were found along 218 km in Kemerovo Oblast.

The barbaric use of Shor lands and natural resources by gold mining companies is not new. The Shor have tried to protect their lands for decades, but local residents’ complaints to the district administration, environmental watchdogs, and the prosecutor’s office are generally ignored, while the most active defenders of Indigenous rights are subjected to persecution and pressure. These defenders are presented as the opponents of progress and prosperity and accused of extremism and acting in the interests of foreign states. In 2018, the Shor activists Yana and Vladislav Tannagashev, who fought against the illegal activities of the coal companies, were forced to leave Russia with their children because of persecution that lasted several years. During filming, Aleksey Chispiyakov, the film’s author and one of its main heroes, was repeatedly arrested and subjected to searches. The Kemerovo Oblast Ministry of Culture and Ethnic Policy is waging a legal battle against Aleksey Chispiyakov for his critical position.

Amid heightened repressions against civil society in Russia, the new “foreign agent” law, and spy hysteria, opportunities for protecting the environment and Indigenous rights are shrinking. Loyal Indigenous organizations are being transformed into objects of manipulation and forced to participate in propaganda actions supporting Russia’s military aggression against Ukraine. At the same time, Indigenous activists who were forced to immigrate have been clear about their anti-war position. This only deepens the split within Indigenous communities: For example, the well-known information portal Indigenous-Russia was blocked in Russia after it was checked for extremism at the request of the Association of Indigenous Peoples of the North and the Far East of Russia. On July 6, 2022, participants in the 15th session of the UN Expert Mechanism on the Rights of Indigenous Peoples in Geneva witnessed the verbal démarche of a Russian Foreign Ministry representative against the activist Yana Tannagasheva, who criticized the Russian government and mining companies operating in her native region of Kemerovo Oblast.

On July 29, 2022, an overwhelming majority of members of the UN General Assembly approved a resolution recognizing the human right to a clean, healthy and sustainable environment. The resolution was supported by 161 countries, and no country voted against it. However, Russia and another seven countries (China, Belarus, Kazakhstan, Syria, Iran, Cambodia and Ethiopia) abstained from voting.

The resolution, which is not a legally binding document, demonstrates the solidarity of the world’s countries regarding global matters of climate change, the loss of biodiversity, and environmental pollution. By abstaining from voting, Russia expressed its lack of interest in cooperating to find joint solutions to global environmental problems, which is a reflection of its lack of desire to solve these problems at home as well.

“The Gold of Shoria” shows the consequences of such an attitude toward environmental problems: The lands, rich with natural resources, are becoming less suitable for the lives and traditional activities of the people who live on them. The fact that the Shor are categorized as a small Indigenous people under the special protection of Russian law should have served as a guarantee that a favorable environment will be preserved not just for them, but for all the residents of these territories. However, Shor lands are being irreversibly destroyed by gold and coal mining. For Indigenous peoples, this policy means not just the destruction of their customary environment, but also the loss of their identity, language, and culture.