My life is in great danger in Russia 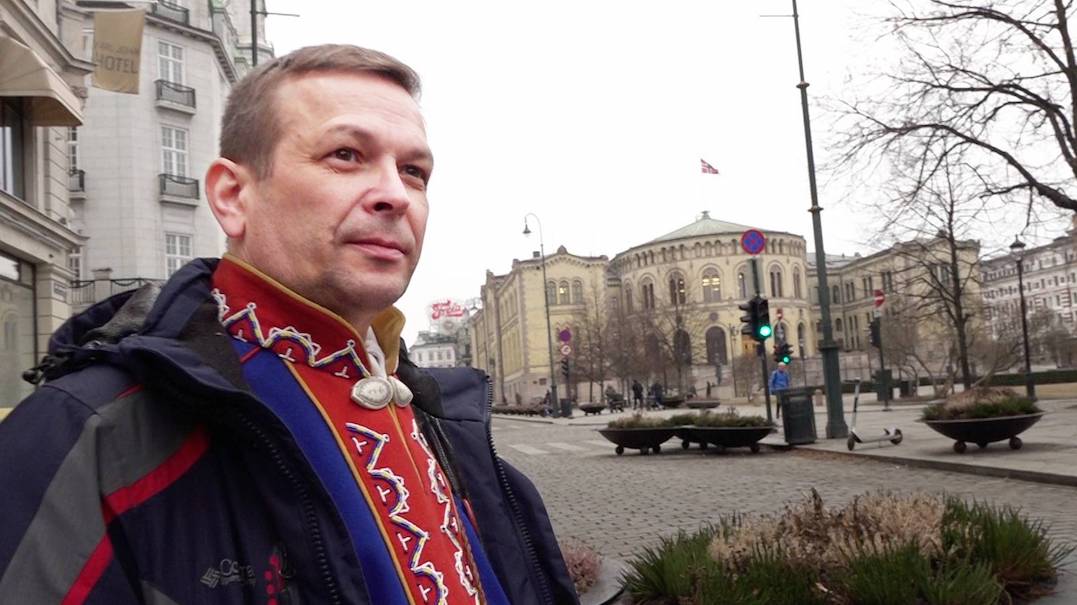 The war in Ukraine became the triggering reason why Andrei Danilov no longer wants to live in Russia.

– I’ve been thinking about this for a long time.  The war between Russia and Ukraine has been a huge shock to the fact that I have sought political asylum in Norway, Danilov informs NRK.

Danilov is from Olenegorsk on the Kola Peninsula in Russia.  In recent years, he has worked as director of the Sami Cultural Heritage and Development Foundation in his hometown.

He feels compelled to leave his homeland

– My life and my security are in great danger in Russia due to my activity in the defense of human rights, Danilov explains.

NRK meets Danilov in a city center hotel in Oslo.  Here he is waiting for his asylum application to be processed. He is the first Russian-Sami asylum seeker in Norway.

After he came to Norway, Danilov has become acquainted with two asylum seekers from Ukraine.  They are originally from Chechnya, but fled to Ukraine 20 years ago. Then Russia went to war against Chechnya because the republic wanted to secede from Russia. Now they are on the run again.

We met Andrey first at the refugee camp. We know that he is Sami from Russia. He is a very nice person, says Ahmed. For his own safety, he didn’t tell his full name. Ahmed is happy that there is no conflict between Russians and Ukrainians here in Norway. – Thank God that there is no war here. Thank God!

Danilov believes that war is a very negative thing.

– I’ve seen refugees.  I have seen children, women and old people, who have lost their homes, who have lost everything.  Of course I can not sit and watch this from the side.  These are also people, says Andrei Danilov in a low voice with a tear in the corner of his eye.

Advocate for the rights of indigenous peoples

Danilov is a well-known advocate of indigenous peoples’ rights among both Russian and Nordic Sami.

He has held various positions in local Russian Sami associations. Today he is a member of the Sami Council’s culture committee. The Sami Council is a Sami cooperation body in Norway, Sweden, Finland, and Russia.

We tried to achieve that it should adhere to the principle of FPIC, i.e., free, prior and informed consent. The goal was to start a dialogue between indigenous peoples and industrial companies, Danilov explains.

– The Arctic territories are rich in natural resources. But it is also a land of the indigenous peoples. So by using our resources, preserving our nature, maintaining our traditional lifestyle, we affect the interests of the industrial companies.

Andrei Danilov has fought for the Sami’s rights to traditional hunting for several years.

-I have won in the Court of Appeal. Nevertheless, we are not allowed to exercise that right. This process will take a long time.

In August 2021, Danilov was arrested by a policeman during a festival in Montsegorsk. He spent five days in jail.

– The policeman asked me questions about Sápmi and Sápmi as separate state. He also asked me – do we have our own laws, government, and how do I think about it. It was clear that he would involve me under the extremism law, Danilov thinks.

Those convicted under the most severe sections on extremism and separatism in Russia can spend many years in prison.

– I could risk never getting out of prison.