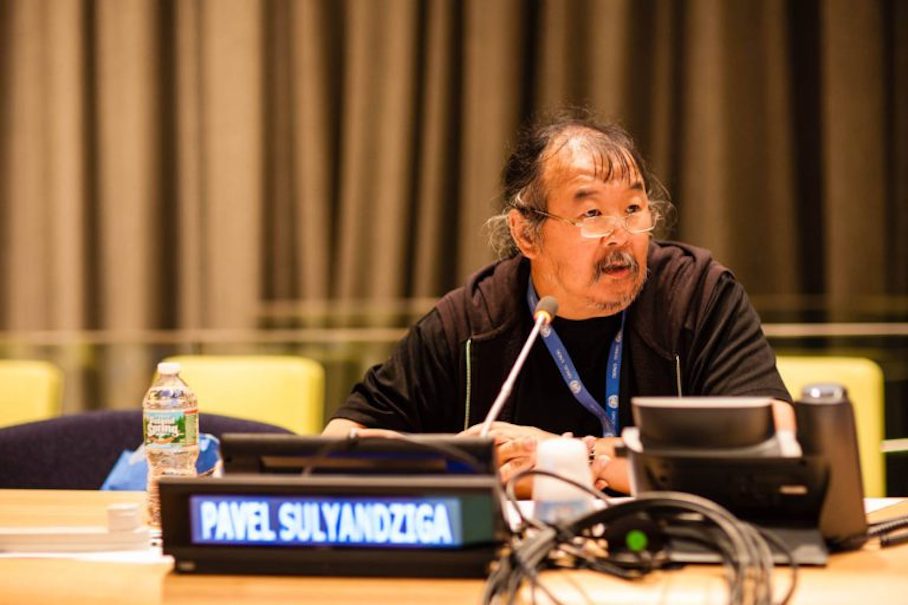 Down To Earth talks to Pavel Sulyandziga, an indigenous activist about what is happening in Russia, especially to its indigenous and marginalised people

A lot has been said about how the Russian invasion is devastating for Ukraine. But what about the people in Russia? A war always comes at a cost; also, there are economic sanctions against Russia by the United States and some of its allies. While the possible effect of these on the common Russian has been discussed, what about the country’s marginalised communities?

The country is home to a large number of indigenous minorities — from the Karelians and Saami near the Finnish border to the Chukchi on the Bering Strait.

Pavel Sulyandziga is an indigenous activist from Russia who has taken political asylum in the United States. He is a member of the Udege, a people found in the Russian Far East, near the Pacific port of Vladivostok. Their homeland is also home to the Amur tiger, the largest cat in the world, which is a cultural totem of the tribe.

Down To Earth caught up with Sulyandziga and asked him about what exactly was going on in Russia. Edited excerpts:

Rajat Ghai: Russia’s invasion of Ukraine has caused consternation around the world. But, away from the headlines, how will these developments affect the indigenous, minorities and marginalised communities in both countries?

Pavel Sulyandziga: The war is impacting everyone. The sanctions that have been invoked by other countries will have a strong impact on Russia and will impoverish common people.

What is even more terrifying is the Russian regime will now be even less concerned about the rights of indigenous and minority peoples in the country.

The rights of indigenous people are often violated. These people will now be ignored more. Land theft and the violations of our rights will become more frequent. Our efforts to protect those rights through the courts and other ways will be ignored.

Indigenous people live in remote areas that are cut off from the mainstream. Groceries and other products will not be provided or will become costly and unaffordable.

RG: Are there indigenous communities in Ukraine?

PS: There are indigenous people in Ukraine. The majority of them live in Crimea, which was annexed by Russia in 2014. There is military action taking place on the Crimean Peninsula currently.

At the time that Russia annexed Crimea, many indigenous leaders left the peninsula and moved north into central Ukraine. Today, a number of them have taken up weapons and are fighting for their country.

RG: What are the issues of indigenous people in the Russian Federation presided over by Vladimir Putin?

PS: The biggest tragedy at the moment is that people in Russia’s indigenous communities are being called to serve in the war in Ukraine.

This is especially concerning since many of these communities are not fully informed about what is going on in Ukraine thanks to Russian propaganda, which tells them that they are going to free the country from ‘Banderites’ (from the name of Stepan Bandera, a far-right Ukrainian politician of the last century) and Nazis.

Unemployment is quite high in these communities. They are being promised huge sums of money to enlist and fight.

I would like to underscore that most Russian indigenous communities are small in number and the loss of a few members may be a big one for such groups. For instance, my people, the Udege, live in four villages and number 1,600 people.

The other issue that I see as very important is of food and groceries and whether people will receive them. I am also concerned about medical care since most of these communities do not have hospitals and are forced to travel to seek medical care.

Now, with the value of the rouble declining and living costs increasing, I am worried that people may not be able to receive proper medical care or medicines.

Of course, the ongoing issues of land seizures and violation of our environmental rights will continue and possibly become more difficult to address given the current wartime situation and its impacts on government.

RG: Russia has the largest shoreline in the Arctic, which is now melting. What changes will take place in the Russian Arctic given that President Putin has voiced its full exploitation?

PS: There are definitely some significant causes for concerns. Russia has extensive plans for exploiting Arctic resources, especially oil and gas.

It is my belief that due to the lack of technical support from western companies, they will be forced to delay these projects. They are just not in a position currently to implement them.

RG: Will the war in Ukraine affect the environment in the wider region?

PS: There is certainly the potential for significant complications. I am watching the situation quite closely, specifically with regard to Russia’s takeover of the Chernobyl site and the Zaporozhia nuclear power station.

I am worried about the possibility of Putin making use of biological weapons in the region. Let us hope that does not happen.

Of course, the impacts in Ukraine are terrible. The bombs, the planes and the technology that has been used there has a high degree of toxicity and will have an impact on communities.

RG: What are the similarities and differences between the USSR and Putin’s Russia, especially in terms of political economy?

PS: There are huge differences in basic economic terms. Russia delayed in developing it but it still has a market economy, which did not exist in the Soviet era.

But things are much worse today than in the Soviet Union. The Soviet economy and nation were self-contained. They produced everything themselves even though it was not of good quality. That is gone in today’s Russia. Putin has buried manufacturing and industry.

For instance, the domestic commercial airline industry entirely depends on Boeing and Airbus planes. Seventy per cent of their parts have to be imported. Even the Russian car industry depends on imported parts.

One thing that the Soviet regime does share with Putin’s Russia is the lack of concern for the people. The soldiers sent to the frontline in Ukraine are novices. They are not prepared for this kind of undertaking and are essentially cannon fodder.

The famous Soviet military commander, Georgy Zhukov, when asked about losses on the front, is known to have said: No problem. The mothers will bear more children.

Putin is the same.

We see this in Volodymyr Zelensky’s frequent ceasefire proposals for prisoner exchanges, evacuations and collecting the dead. But Putin refuses to engage. It shows that he just does not care.

RG: How has Putin fared in conserving wildlife and biodiversity?

PS: I have two answers to this. First, I would say that Putin couldn’t care less about environment and ecology. But Putin’s regime does have some accomplishments with regards to environmental conservation.

But these accomplishments are focussed in the public relations sphere rather than meaningful conservation and protection. When we talk about the Amur tiger, it is an achievement.

In conversations I have had with conservationists, they say ‘You Udege people are lucky. Putin loves your tiger.’

At some point, Putin decided that he was going to be the biggest protector of tigers in the world. He proposed a global programme that involved the heads of six tiger range countries. He wanted to host the first tiger summit. It was supposed to take place this autumn in Vladivostok near my homeland. But I don’t think it will take place now.