‘Like putting a lithium mine on Arlington cemetery’: the fight to save sacred land in Nevada

Posted on December 28, 2021 by Viktor Sulyandziga 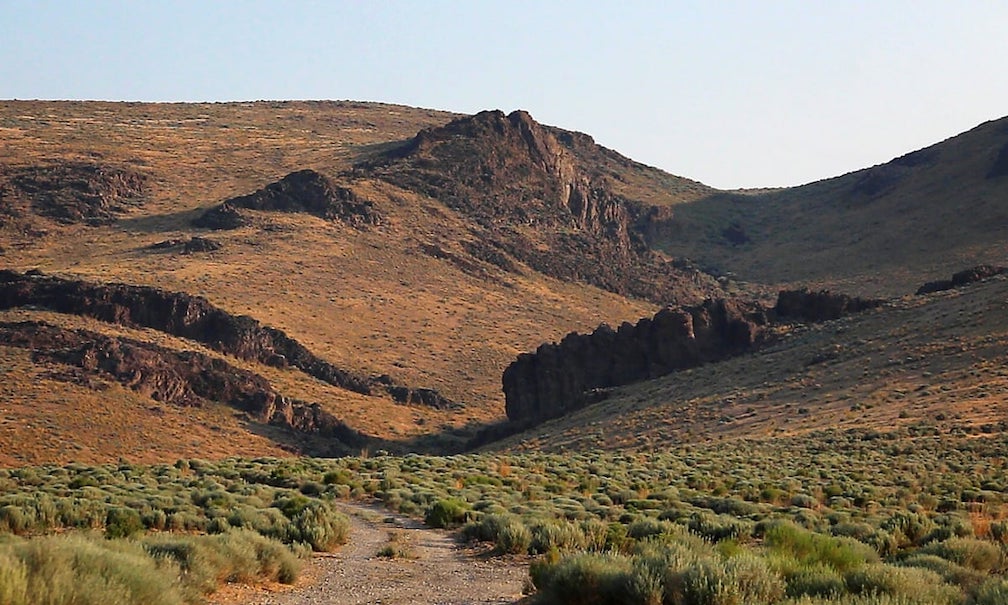 On a windy afternoon in northern Nevada, where her family has lived for generations, Daranda Hinkey stood before one of the largest lithium deposits in the world – the place where, as she puts it, “there’s so much lithium it makes people foam at the mouth.”

The area is known as Peehee Mu’huh – or Thacker Pass – and while it could be a lucrative resource for companies hoping to cash in on the electric vehicle revolution (lithium can be used to power rechargeable batteries), Hinkey and her peers say large-scale mining operations could irreversibly damage one of her community’s most sacred sites.

Hinkey and other tribal members say that, in 1865, a massacre took place at Thacker Pass, killing at least 31 members of the Paiute tribe. That there was a massacre in the area is not contested: Hinkey’s great-great-great grandfather, Ox Sam, was one of three survivors. But the location of the massacre is disputed, with the Indigenous groups recently losing a court case seeking to prove that Thacker Pass was the site.

Hinkey’s stance remains that “it’s like putting a lithium mine on Arlington cemetery. It’s just not fair” – a contention to which Lithium Nevada, the company proposing to mine in the locality, takes strong exception. The company points to a history of mining in its proposed project area since the 1970s, and points to the court judgment’s observation that no human remains have been found as evidence of a massacre site there.

In addition to its historical significance, Thacker Pass plays an important role in the everyday lives of local Indigenous communities; it’s the region where they harvest traditional foods, medicines and supplies for sacred ceremonies.

Today, in order to guard the site, Hinkey and dozens of other local tribal members and descendants are camping near the proposed lithium mine, as a form of protest against extraction in the area. Some members of her coalition have gone so far as to quit their jobs to spend more time on-site. And while the number of campers varies from day to day, Hinkey said they plan to stay until the mine is halted.

While she and her peers are also exploring legal options, the group remains unsure of what comes next – whether their protest can make a difference in Nevada, in an area poised to be extremely important to the transition away from fossil fuels. But they aren’t giving up.

“I still think people think we’re ‘savages’ in some way. We still use the land, we still care for it. They see that as weak, but we see that as strength.”

The global lithium-ion battery market is expected to grow by a factor of five to 10 in the next decade, according to the Department of Energy, in part because of the soaring demand for electric vehicles, as well as its use in personal electronics and renewable energy storage.

But despite having one of the largest lithium reserves in the world, the United States is not a major player in the extraction of the mineral. The Biden administration has called for an investment in “safe, equitable and sustainable domestic mining ventures”, as part of an effort to secure a larger share of the lithium-battery supply chain.

Lithium Nevada estimates that the project at Thacker Pass will produce roughly 60,000 metric tons of lithium carbonate a year once operational, increasing US production of the material roughly tenfold.

“It’s a gamechanger,” says Tim Crowley, the company’s vice-president of government affairs and community relations at . “It’s absolutely essential if we’re going to make America competitive and minimize the geopolitical challenges that we face in relying on other sources [of lithium].”

What ancestral homelands, what Indigenous lands are they taking from?

Hinkey, a graduate of Southern Oregon University’s environmental science, policy and sustainability program, says she understands the need to move away from fossil fuels. But she questions whether lithium mining is the best path to get there.

“A lot of environmentalists will argue that we do need that lithium, we do need that electric car. But I don’t think they’ve thought about the outcome of all of that [mining],” Hinkey says. “What ancestral homelands, what Indigenous lands are they taking from?”

According to the investor analyst firm MSCI, 79% of lithium reserves in the United States are within 35 miles of Native American reservations.

Payal Sampat, mining director at Earthworks, an environmental advocacy group, says Indigenous communities have often “already been pushed out of their homelands, affected by genocide”. For these groups to “have to pay the price for the transition to a low carbon economy – that perhaps those same communities are not even going to benefit from – is completely unacceptable”, she adds.

Recently, opponents of the project turned to the courts. Over the summer, several Indigenous groups – including the People of the Red Mountain, the group camping outside the proposed mine – joined an existing suit brought by environmentalists and a local rancher to stop the mine from going forward. A decision is still pending.

But activists have also faced legal setbacks; in November, a federal judge ruled that evidence provided by the Indigenous groups regarding the historical significance of Thacker Pass “does not definitely establish that a massacre occurred within the project area”.

Mine opponents are acutely aware the legal system may ultimately side against them. They are considering direct action tactics, the kind used by activists in the Dakota Access pipeline protest at Standing Rock.

“That’s wishful thinking,” he said. “Eventually we’re going to have to be ready to physically block construction equipment. I think that one of the ways to wake up people in the United States [is seeing] people getting dragged away by the police for trying to protect their land. And I think that’s where this is going.”

← B.C. Fails to Meet Indigenous Consent Standard for Mining — 8 Recent Cases
As Miners Chase Clean-Energy Minerals, Tribes Fear a Repeat of the Past →