Posted on December 20, 2021 by Viktor Sulyandziga 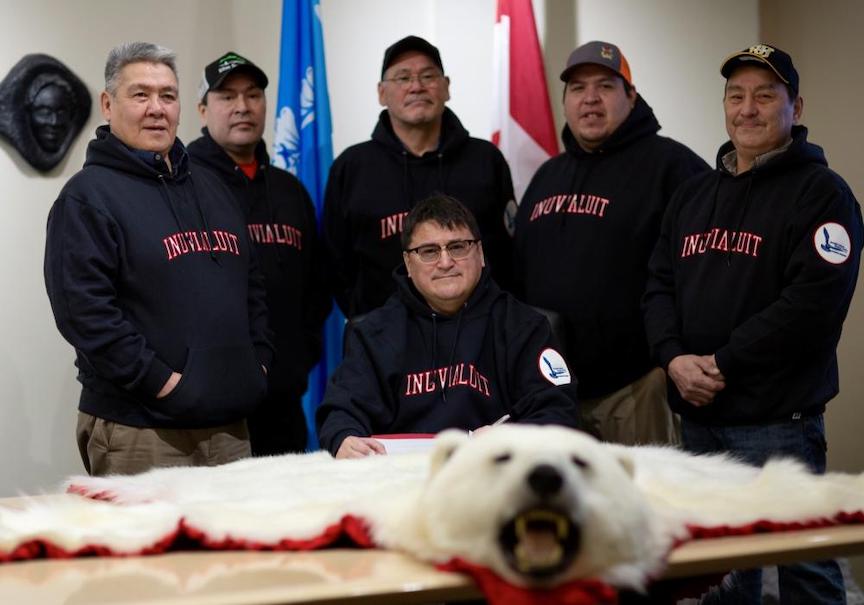 Over the last year, we’ve been visiting communities to talk about how Inuvialuit want to care for their families and culture.

Today, as a result of that consultation, the IRC Board passed the first Inuvialuit Law, which will make sure that Inuvialuit children and youth in care, as well as their families, are supported wherever they live, to the benefit of our communities and Inuvialuit culture.

The law, which is called Inuvialuit Qitunrariit Inuuniarnikkun Maligaksat, establishes our inherent jurisdiction over child and family services and has four guiding principles, based on what we heard from Inuvialuit Settlement Region communities over the course of the past year:

With this new law, Inuvialuit becomes the first Inuit region to enact its own child wellbeing legislation, an important step in self-determination and a proud achievement for all Inuvialuit.

While all existing child and youth protection laws remain in force for now, as this new legislation is implemented, the new law requires all federal, territorial and provincial governments to meet certain basic standards when providing child and family services to Inuvialuit children, youth, and their families.

Inuvialuit Qitunrariit Inuuniarnikkun Maligaksat, which was named by Elders to represent all dialects and means “Inuvialuit Family Way of Living Law,”is designed to support a gradual transition over several years to full Inuvialuit control of the care of Inuvialuit children and youth.  Over time, it will see the creation of future facilities, community staffing and a new dedicated organization to be called Maligaksat, which will advocate for Inuvialuit children and youth wherever they live and serve to fill the gaps in existing services.

“The wellbeing of our culture and our children starts with the family,” said IRC CEO and Chair Duane Ningaqsiq Smith. “This law is an important part of the IRC’s continuing work to lift up the Inuvialuit and be a model of proud and impactful self-government.”

The laws and regulations can be found here and more information about the law and what it means to you is attached below.

Laws and Regulations (Link to Inuvialuit Registry on IRC Website)