Posted on November 16, 2021 by Viktor Sulyandziga 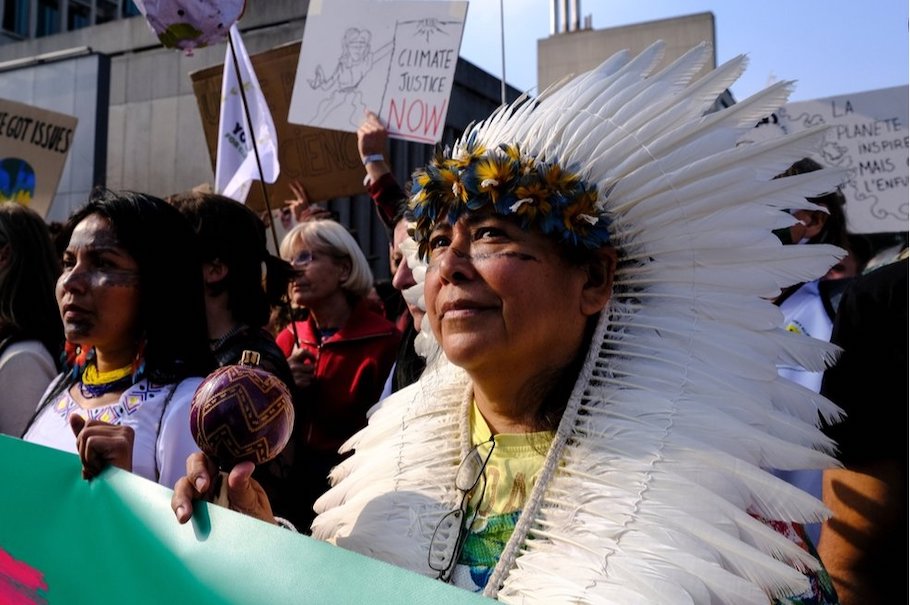 As world leaders gather in Scotland this week for the latest international meeting focused on addressing the catastrophic effects of climate change, the stakes are high for all people on the planet—but Indigenous Peoples most of all. From the Saami in Scandinavia and the Indigenous Peoples of the Amazon to Coastal First Nations in Canada, warming temperatures and increasingly unpredictable conditions threaten the ways of living, knowing and relationship with lands and natural systems that have supported them and their ancestors for millennia.

Coming to the right climate solutions will mean listening to the experiences and following the solutions of Indigenous communities that are already suffering some of the worst effects of climate change. It also means respecting their human rights, sovereignty, leadership and wisdom about how best to care for the planet we share.

Indigenous Peoples are 5% of the world’s population, yet research shows they hold tenure over 25% of the Earth’s land surface and play a vital role in defending and protecting 80% of the world’s biodiversity. These communities are dealing with the consequences of climate change every day, and are the ones uniquely positioned to test and advance real climate solutions. Indigenous Peoples are already working with scientists and governments to do just that.

As donors who support social movements led by Indigenous Peoples, we believe it is past time for philanthropy and governments to commit real resources to Indigenous-led organizations and communities working to protect the Earth. Across philanthropy, some funders are showing an increased interest in supporting Indigenous-led groups. But the overwhelming majority of foundation grants, especially on climate and environmental issues, continue to go to white-led nonprofits and conservation groups. Even if larger, mainstream environmental groups are working to incorporate Indigenous voices into their work, the prevailing funding patterns in philanthropy represent a continuation of the colonized, industrialized thinking that has brought us to the precipice of climate disaster. As a result, Indigenous Peoples are seen as a means to an end to carry out solutions ordained by white folks.

When the Indigenous-led Global Alliance of Territorial Communities issued a strong call for action on climate change in the lead-up to the 2015 global climate meeting, it was a breakthrough moment. Indigenous Peoples were demanding a seat at the negotiating table, and world leaders began to take notice. At COP26 in Glasgow this week, Indigenous communities will continue to demonstrate their self-determination and leadership.

This is not just a matter of choosing a good approach. Under the U.N. Declaration on the Rights of Indigenous Peoples (UNDRIP), adopted in 2007, Indigenous Peoples have a right to self-determination, which includes “free, prior and informed consent” when it comes to projects and policies that can affect their territories, their resources, their well-being and their lives. It is a set of rights that should inform global talks on climate as world leaders and civil society engage in decision-making with profound implications for Indigenous Peoples around the world.

Agreeing that Indigenous Peoples have the right to sovereignty and self-determination is not enough. Philanthropy and governments must fund Indigenous-led groups and funds so they are able to fully exercise their political and inherent rights. As longtime funders of Indigenous-led organizations and projects, we know they have the capacity and knowledge to implement real and lasting climate solutions. Climate justice simply is not possible without funding and respecting Indigenous sovereignty and leadership.

It is past time to cede power and resources to Indigenous-led efforts so they can mobilize their communities and apply their knowledge to the work of mitigating the effects of climate change. Only in right relationship with Indigenous Peoples can we work to address the most urgent global issue of our time.