Indigenous peoples to get $1.7bn in recognition of role in protecting forests

Posted on November 9, 2021 by Viktor Sulyandziga 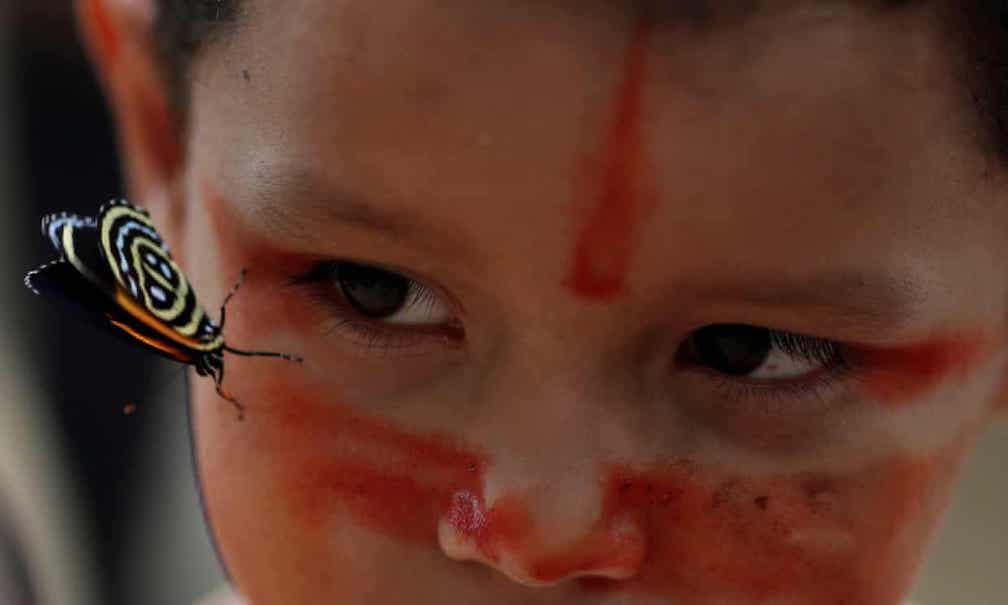 At least $1.7bn of funding will be given directly to indigenous peoples and local communities (IPLCs) in recognition of their key role in protecting the planet’s lands and forests, it will be announced at Cop26 today.

The governments of the UK, US, Germany, Norway and the Netherlands are leading the $1.7bn (£1.25bn) funding pledge, which is being announced as part of ambitious global efforts to reverse forest loss and land degradation by 2030, with campaigners cautiously hopeful that this conference of the parties (Cop) could be the first to properly champion indigenous peoples’ rights.

Tuntiak Katan, a leader of Ecuador’s indigenous Shuar people who serves as general coordinator of the Global Alliance of Territorial Communities, said: “We are happy with the financing announcement, but we will be watching for concrete measures that will reveal whether the intent is to transform a system that has directed less than 1% of climate funding to indigenous and local communities. What matters is what happens next.

“This Cop is interesting and unprecedented,” he added. “After attending these climate events for years, this one is different. The UK has put tremendous effort into raising our visibility at this Cop.

“But the UK is now at a crossroads: they can either use our presence as a photo op, or they can choose to become a global champion for indigenous peoples and local communities.”

As indigenous peoples have fought for their rights more publicly in recent years, they have faced increasing persecution. In 2020, a record number of people were killed for protecting their land, with more than a third from indigenous communities.

Despite the important role they play in protecting forests, only a small fraction of these communities have secure rights to their land. The funding is recognition that IPLCs are crucial to protecting tropical forests and preserving ecosystems. Leaders will be calling on other countries to respect and protect these rights in accordance with national legislation.

While the majority of the money in the fund will come from governments, charitable foundations including the Ford Foundation, Bezos Earth Fund, Bloomberg Philanthropies, Arcadia, Wyss Foundation and the Rainforest Trust are contributing more than $600m.

Darren Walker, president of the Ford Foundation, said the aim was to give IPLCs more of a voice in policymaking and discourse. It is hoped more funding will follow.

Walker said: “It’s a first step, it’s a down payment. We ignore these communities at our peril. We have to invest more, we have to support them more.

The money will support IPLCs’ capacity to govern themselves collectively, assist with mapping and registration work, back national land reform and help resolve conflict over territories. It will continue until 2025.

Walker said: “We have been wedded to technical, market-based solutions, and have ignored the communities right in front of us who are key to solving the challenge.

“This is an historic moment. We have a once-in-a-generation opportunity to change the paradigm and to at last give power and a seat at the table to the people who are critical to the solution. A new paradigm is emerging and we will hear it loud and clear in Glasgow.”

The announcement follows a number of studies that show securing indigenous rights and land tenure is an effective way of protecting the environment. A 2021 UN review of more than 300 studies found that deforestation rates in South America were up to 50% lower within areas under indigenous control than elsewhere.

It follows an emphasis on including indigenous voices at the International Union for Conservation of Nature conference in Marseille in September. For the first time in its seven-decade history, the IUCN included indigenous peoples as full voting members in their own right, rather than under the NGO category.

Paul Redman, founder of If Not Us Then Who?, a US charity that highlights the role indigenous and local peoples play in environmentalism, said: “I think it’s the first time in all the climate conferences I’ve been to since 2013 that leaders really seem to be genuinely engaged and wanting indigenous peoples to be at the table.

“The real key is follow-up: money going to indigenous communities and land titles being allocated to indigenous peoples post-Cop.”

← Indigenous leaders to push for land tenure rights as climate solution at COP26
COUNTERING THE ‘NUCLEAR FOR CLIMATE’ NARRATIVE: TESTIMONIES FROM THE FRONTLINES OF THE NUCLEAR FRONTIER →