Indigenous Leaders Speak Out About Criminalization and Silencing by Putin Administration

Posted on October 22, 2021 by Viktor Sulyandziga 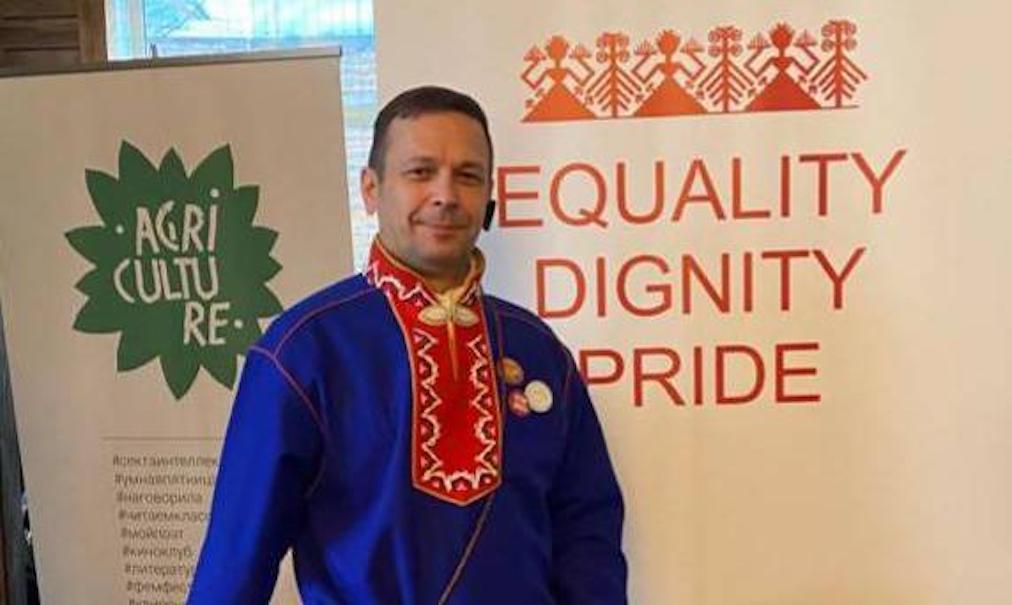 Indigenous organizations in Russia, allied organizations, and Cultural Survival have released an Open Letter to the Putin administration sounding an alarm about the growing intimidations and reprisals against Indigenous activists and rights defenders in Russia.

These attacks are exemplified by the recent illegal detention of activist Andrei Danilov (Sámi) in the Murmansk region. Danilov, Director of the Sámi Heritage and Development Foundation, was detained on August 29, 2021. His belongings were illegally searched by the police without witnesses, in violation of Russia’s Administrative Code. The activist was detained for two days, then charged with “failure to comply with the lawful order of a police officer,” resulting in another five days of detention.


Danilov’s arrest is just one of the latest incidents in a series of acts of harassment against Indigenous activists and rights defenders in Russia in recent years. Days before, another Indigenous rights defender Stepan Petrov was declared a “foreign media acting as a foreign agent” in Yakutia on August 20, 2021. The 2012 Russian law on foreign agents, originally created to restrict international funding to Russian NGOs, is now being used to target individuals. Stepan Petrov (Yakut) is the first Indigenous person in Russia to receive the “foreign agent” label. Petrov chairs the nonprofit group Yakutia – Our Opinion, which is well-known in the region of Yakutia for their human rights work. The activist submitted numerous appeals to the United Nations calling on the Russian government to adopt the UN Declaration on the Rights of Indigenous Peoples (UNDRIP) and to support civil society in Russia.


On July 26, 2021, Indigenous activist Alexander Gabyshev (Yakut) was sentenced to compulsory treatment in a mental hospital in Yakutia. A well-known spiritual leader, Gabyshev has been detained numerous times since his spring 2019 march on Moscow. His detention in May 2020 resulted in his involuntary placement in a psychiatric program. The premier human rights group, Memorial, declared Gabyshev a political prisoner. After his release in July 2020, he was once again forced into hospitalization. In February 2021, Russia’s Investigative Committee opened a criminal case against Gabyshev under the pretense of violence against a government official, and the following month he was declared insane on the basis of a state psychiatric examination. In July 2021, a Yakutsk municipal court found him guilty of harming a police officer during an earlier arrest and sentenced him to compulsory treatment in a psychiatric clinic as a danger to others. Gabyshev will likely spend the next two years in a mental health institution as a tactic to silence his activism.

Other cases of reprisals and harassment of Indigenous activists, rights defenders, and organizations in Russia are listed below:

This list, though not exhaustive, shows the trend of government reprisal cases against Indigenous activists in Russia and an increasing pattern of intimidation and repression facing these activists and rights defenders. Cultural Survival and Batani Foundation also denounced this trend in a May 2021 report to the UN Commission for the Elimination of Discrimination Against Women, detailing cases of surveillance, censorship, arson, and the silencing of Indigenous women by obstructing their participation in the UN Permanent Forum on Indigenous Peoples in New York.

The Open Letter, addressed to Putin as well as political representatives, UN officials, and human rights bodies across Russia, Europe, and the United States, demands an end to intimidation and harassment of Indigenous activists and Indigenous rights defenders in the Russian Federation.

Open Letter in support of Mr. Andrei Danilov and other Indigenous activists in Russia affected by reprisals and harassment organized by police and governmental bodies