SHELL OIL LOOKS TO BE A LEADER IN ELECTRIC VEHICLE CHARGING

Posted on September 16, 2021 by Viktor Sulyandziga 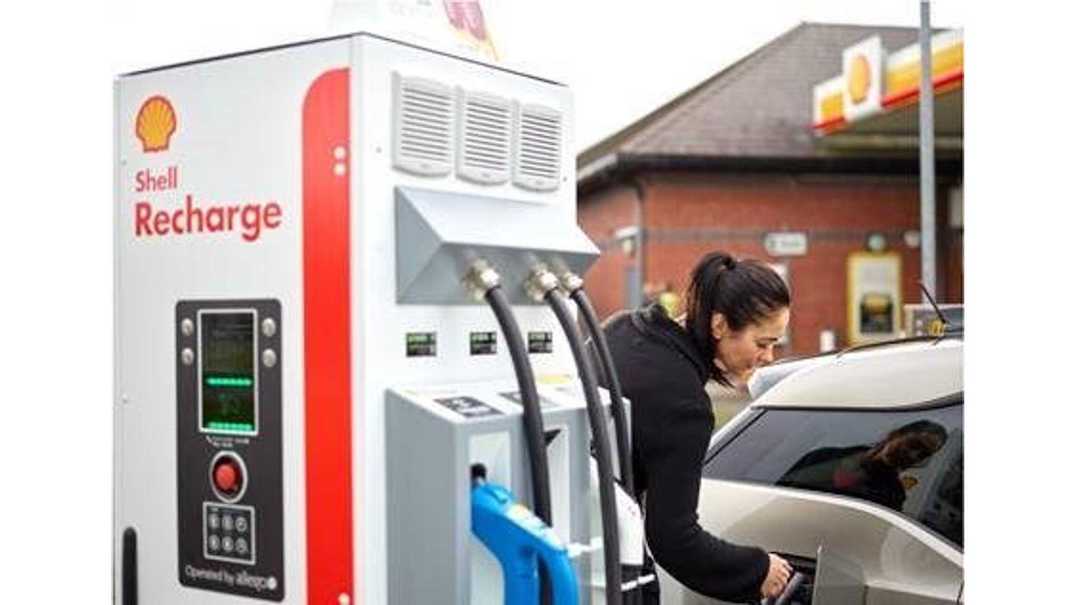 What exactly does the oil industry have in store for charging companies?

It sounds like the perfect plot for a conspiracy thriller: the giant oil companies are buying up electric vehicle charging companies as fast as they can. Do they mean to shut ‘em all down, or just to make sure that the price of charging is high enough that driving an EV won’t deliver any savings over driving a fossil-fueled vehicle? (Shell is one of the world’s largest providers of hydrogen, made from natural gas.)

Or, could there be a surprise ending? Perhaps the oil execs have the good of mankind at heart—they realize that the Oil Age is ending, and want to be in position to profit from the next energy era.

We’ll have to wait for the next episode to find out about that—what we do know is that three Europe-based oil multinationals (Shell, Total and bp) started getting into the charging game back in 2017, and now own companies at every stage of the charging value chain.

Shell is rapidly becoming a major player in the UK charging market—the company now offers charging at numerous petrol stations (aka forecourts), and will soon be rolling out charging at some 100 supermarkets.

The latest news is that Shell aims to install 50,000 on-street public charging points in the UK over the next four years (as reported by The Guardian). Earlier this year, the oil giant acquired ubitricity, which specializes in integrating charging into existing street infrastructure such as lamp posts and bollards, a solution that could make EV ownership more attractive to city dwellers who don’t have private driveways or assigned parking spaces.

This is a big deal—according to the UK’s National Audit Office, over 60% of urban households in England do not have off-street parking, meaning that there’s no practical way for them to install a home charger. A similar situation prevails in many regions, including China and parts of the US.

In the UK, local councils have emerged as something of a bottleneck for installing public charging. Shell has a plan to get around this by offering to pay the upfront costs of installation not covered by government grants. The UK government’s Office for Zero Emission Vehicles currently pays up to 75% of the installation cost for public chargers.

“It’s vital to speed up the pace of EV charger installation across the UK and this aim and financing offer is designed to help achieve that,” Shell UK Chair David Bunch told The Guardian. “We want to give drivers across the UK accessible EV charging options, so that more drivers can switch to electric.”

UK Transport Minister Rachel Maclean called Shell’s plan “a great example of how private investment is being used alongside government support to ensure that our EV infrastructure is fit for the future.”

Shell continues to invest in clean-energy businesses, and has pledged to make its operations net-zero-emissions by 2050. However, it has shown no intention of scaling back its oil and gas production, and some environmental activists are not convinced. Recently, members of the group Extinction Rebellion activists chained and/or glued themselves to railings at London’s Science Museum to protest Shell’s sponsorship of an exhibition about greenhouse gases.

“We find it unacceptable that a scientific institution, a great cultural institution such as the Science Museum, should be taking money, dirty money, from an oil company,” said Dr Charlie Gardner, a member of Scientists for Extinction Rebellion. “The fact that Shell are able to sponsor this exhibition allows them to paint themselves as part of the solution to climate change, whereas they are, of course, at the heart of the problem.”