D. Berezhkov. A fundamental gap in the understanding of reality between Norilsk Nickel and indigenous peoples

Posted on August 17, 2021 by Viktor Sulyandziga 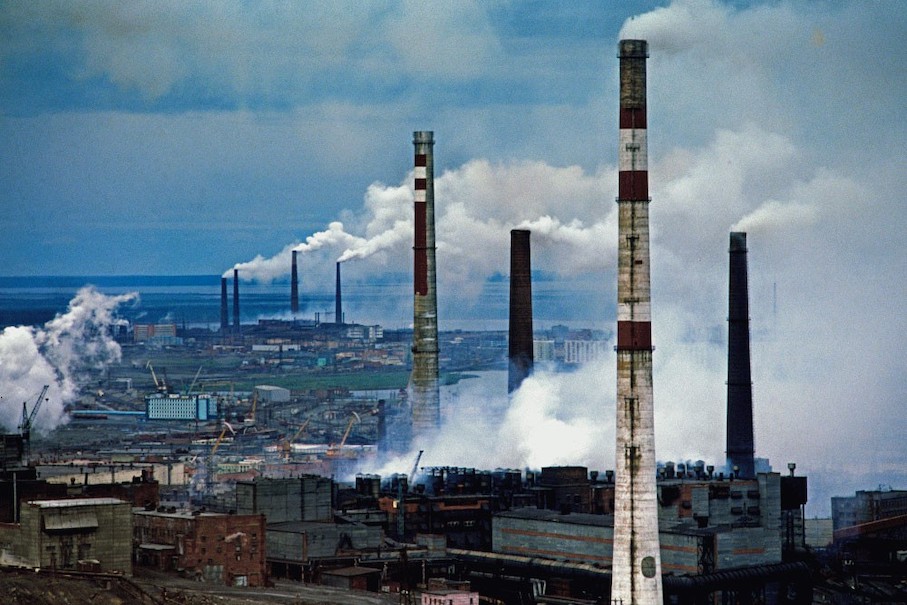 An expanded meeting of the Public Chamber of the city of Norilsk, dedicated to the activities of Norilsk Nickel and «improving the quality of life in Norilsk,» took place in Taimyr in the last days of July. It was a fairly large meeting attended by representatives of public organizations, ecologists, top managers of Norilsk Nickel, and representatives of federal, regional and municipal authorities. Anfisa Nikiforova represented indigenous small-numbered peoples of the North of Taimyr.

Overall, it was an interesting and, at the same time, amusing and sad event. First of all, the status of Anfisa Nikiforova as a meeting participant was unclear. On the one hand, she introduces herself as a representative of the Association of Indigenous Small-Numbered Peoples of the North, but from a variety of regions (sometimes from urban Dudinskaya, sometimes from regional Taimyr, and sometimes from regional Krasnoyarsk — I’m confused). On the other hand, there was a message stating that she is also an employee of Norilsk Nickel, where she works as an advisor to the Deputy Director of the Polar Division of Norilsk Nickel for regional policy and corporate projects. In general, her participation in all Norilsk Nickel events resembles the old saying – to have your cake and eat it too. But more on that later.

I managed to get a link to the live YouTube broadcast of the event, but as soon as viewers started asking questions in the comments (technical questions related to the organization of event), the organizers suddenly turned off the live broadcast and then deleted all of the comments.

Later on, I was able to get one more link after the event ended — a recording of the broadcast on YouTube. However, I found that that the recording was unlisted, meaning it can be accessed and viewed only by those who have the direct link. I am writing this merely to paint the picture of Norilsk Nickel’s transparency and how it organizes such events.

We agreed to enable public access to the meeting as well as certain parts related to indigenous peoples which we started to publish on our YouTube channel.

The meeting can hardly be called a discussion because these were mainly presentations with 5 minutes allocated to discussion afterward, which coincidentally concerned the problems of the indigenous small-numbered peoples of the North. After watching a 3-hour of YouTube broadcasting a fundamental gap in the understanding of reality between the management of Norilsk Nickel, environmentalists, government officials, and the indigenous peoples became clear.

This gap is easily observed just by watching two short presentations. The first one is the presentation by Svetlana Ivchenko, the Director of the Department of Social Policy of Norilsk Nickel, in which she talks about the ways the company is going «to struggle for» free, prior and informed consent of indigenous peoples.

The other one is the presentation by Elena Shumilova, a member of the Federation Council (which is the upper house of the Russian parliament) in which she talks about her wish to «go in the fields» to see what “is being built in the interests of the indigenous peoples who traditionally live on the territory» and to talk with people, because «the meeting here is for those who analyze all of this,» while she wants to «hear the consumers’ voice — those who will use all of this».

If we look at each of these factors separately: ending the live broadcasting, deleting comments, uploading an unlisted video of the meeting and making it accessible through the direct link only, Ivchenko’s presentation, Shumilova’s presentation, the fact that no indigenous representatives were invited to the meeting, except for the very Anfisa Nikiforova, who is an employee of Norilsk Nickel – they look like coincidences, separate statements of separate individuals.

For the Norilsk Nickel leadership, indigenous peoples are legal objects — “consumers” (according to Elena Shumilova) — those with whom it is necessary to «to struggle for» (according toSvetlana Ivchenko) the «free, prior and informed consent,” and even then, only because some unknown international standards require it.

It’s like with small children in kindergarten. Yes, sometimes you have to ask whether Vasya or Petya wants to eat and whether they need to go to the toilet. But more serious issues such as when breakfast will be served or when new curtains for the kindergarten’s sleeping room will be delivered are not discussed with the children by teachers. Why should children know about such serious things? After all, this is the business of those «who analyze all of this.»

In her speech, senator Shumilova argued with clearly good intentions. She wanted to help and cared that such roundtable discussions must provide some benefits for the “consumers” as well, but at the same time, she naively revealed the main secret and the main message of the Russian state and business in relation to indigenous peoples.

This reminded me of something that happened to me personally several years ago. In days of old, when Dmitry Kobylkin had just replaced Yury Neelov in the Yamal-Nenets Autonomous Okrug, some Moscow guys were working on creating a new strategy for the development of the Yamal region. And I had become friends with some of them along before — just personally without professional relations. They learned that I also come from the indigenous peoples’ environment and that I work in Raipon, so they invited me to a couple of meetings in Moscow and then invited me to visit Salekhard where they organized a final discussion on Okrug’s development strategy.

All of us, Raipon’s staff, in those days knew that Yamal is the most advanced region of Russia with great aid programs for indigenous peoples’ development, the strongest legislation on indigenous peoples’ rights, with a fraction of indigenous representatives in the regional parliament. By that time, I had also read the UN Declaration on the Rights of Indigenous Peoples, knew about the right to free, preliminary, and informed consent, and had attended several UN and Arctic Council meetings.

The meeting started and there were discussed strategic things for indigenous peoples, such as the development of Bovanenkovo, Sabetta, pipelines through the Baydaratskaya Bay, through the Ob Bay, etc. — the issues on which the life of the indigenous population, reindeer herders, fishermen literally depends. And gradually I realized with horror that I am the only indigenous person at this meeting, and that none of my colleagues from Yamal, are present. Later I asked the guys from the regional indigenous peoples’ association “Yamal potomkam” — “Were you invited, did you know, could you participate?” They said, “No, they did not invite us, and they never invite us for such meetings.”

If the question is about reindeer husbandry, indigenous culture, or native languages – then it’s “yes.” — they invited us to participate. And if the question being discussed is where to lay a pipeline or construct a road — it never occurs to anyone from the government or business to discuss such «serious issues» with indigenous peoples.

And this is the fundamental nature of the contradiction between indigenous peoples and the Russian state or business.

Indigenous peoples demand respect of their rights to lands, resources, and traditional nature use, but those supposed to observe these rights do not perceive representatives of indigenous peoples as legal subjects, as rightful participants in the dialogue who must take part in the decision-making.

I have to admit, in many ways this is due to the unpreparedness of the indigenous leaders themselves (at least many of the leaders), to perceive and analyze such information. This is a misfortune, and it needs to be dealt with systematically. Education is necessary, but not the kind that the current leader of Raipon, another senator Grigory Ledkov suggested for «the leaders of future».

Indigenous youth in Russia needs real international education so they will learn how such values as free, prior, and informed consent work in the other world.

And, of course, it is necessary to educate the representatives of business and the state, such as the leadership of Norilsk Nickel, even despite their resistance. They don’t know how to do it right — they need to be taught, even if they don’t want to be taught.

That was a story about interesting and sad things out of the meeting in Norilsk. But speaking of the amusing things, it was funny to hear some «ecologists» singing glory about Norilsk Nickel. Everybody knows in Russia about the subservience abilities of the PORA office (Project Office for Arctic Development) or Russian WWF (World Wildlife Fund) which love to ranking oil and mining companies in Russia according to their «environmental transparency» and which usually gave to Nornickel the highest positions in such «rankings» (before the environmental disaster of 2020 in Taimyr).

But even they could not surpass this masterpiece of Konstantin Prosekin — the director of the Taimyr natural reserve network «Zapovedniki Taimyra» who said during the meeting: «Norilsk Nickel is the largest in Russia and one of the largest companies in the world for the production of precious and non-ferrous metals such as palladium, nickel, cobalt, platinum, copper. The strategic importance of Norilsk Nickel for the national economy is beyond doubt. The company is among the leading export industrial companies in Russia. The share of Norilsk Nickel in the GDP of the Russian Federation is almost 2 percent. This, in turn, imposes an enormous responsibility on the company as its activity can be used as a tool in both internal and external political relations. I suppose we all understand what this means.»