Posted on August 18, 2021 by Viktor Sulyandziga 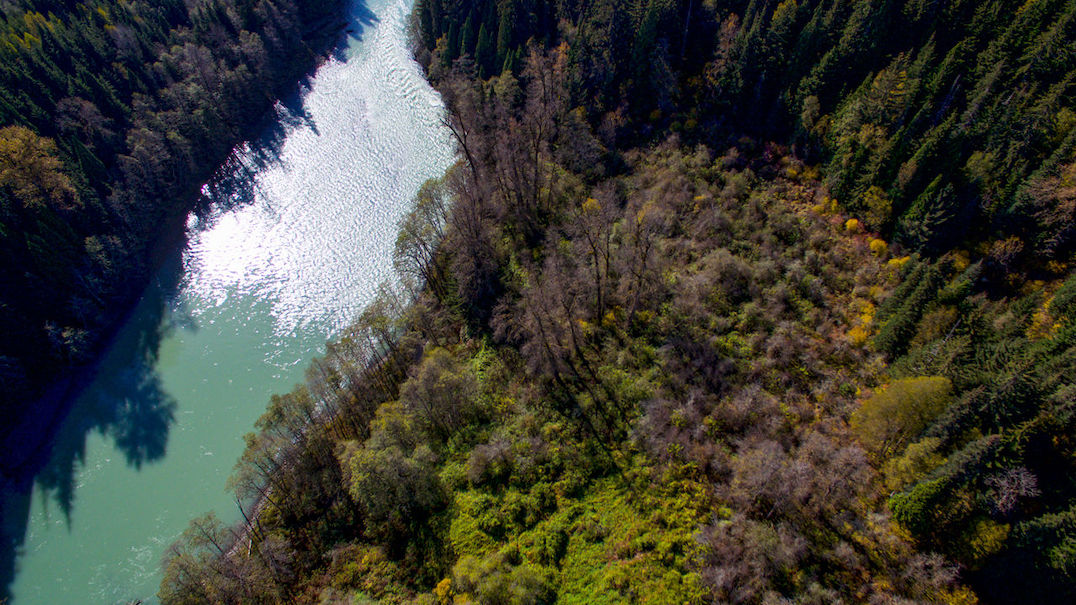 For decades, First Nations people in British Columbia knew their ancestral homes—villages forcibly emptied in the late 1800s—were great places to forage for traditional foods like hazelnuts, crabapples, cranberries, and hawthorn. A new study reveals that isolated patches of fruit trees and berry bushes in the region’s hemlock and cedar forests were deliberately planted by Indigenous peoples in and around their settlements more than 150 years ago. It’s one of the first times such “forest gardens” have been identified outside the tropics, and it shows that people were capable of changing forests in long-lasting, productive ways.

“It’s very creative and sort of unique work,” says University of Kansas, Lawrence, plant ecologist Kelly Kindscher, who was not involved in the research. “Many of us know there are historical imprints on the land, but tend to dismiss Native Americans and Aboriginal people globally in terms of their impact.”

Because these wild-looking forest gardens don’t fit conventional Western notions of agriculture, it took a long time for researchers to recognize them as a human-created landscape at all. Many ecologists argued until recently that such islands of biodiversity, seen also in Central and South America’s tropical rainforests, were an accidental and fleeting byproduct of fire, floods, or land clearing. Without constant maintenance, ecologists assumed, the “natural” forest would quickly take over.

To show that the forest gardens were the result of human activity, Simon Fraser University historical ecologist Chelsey Geralda Armstrong first identified village sites near the city of Vancouver, Canada, and two closer to Alaska that local tribes were forced to abandon in the late 1800s.

Counting and identifying the species growing on and around the former settlement sites, she found they harbored a far more diverse mix of plants than the surrounding conifer forests. The plant species also filled a wider range of ecological niches. “It’s striking to see how different forest gardens were from the surrounding forest, even after more than a century,” says Jesse Miller, a Stanford University biologist and co-author on the study.

Meanwhile, nearby patches of land logged decades ago and left to regrow on their own were covered with just a few species of conifers and didn’t have the same colorful, edible catalog of species. “The forest gardens bucked the trend,” Armstrong says.

That suggests the forest gardens were not only deliberately cultivated by Indigenous gardeners, but also remained resilient in the face of dominant local flora long after people left the scene, the researchers report today in Ecology and Society. The mix of different species was probably key to their persistence, Miller says: “There’s less open niche space, so it’s harder for new species to come in.”

The forest gardens were filled with plants that benefited humans, but they also continue to provide food for birds, bears, and insect pollinators, even after 150 years of neglect. It’s evidence that human impact on the environment can have long-lasting positive effects. “A lot of functional diversity studies have a ‘humans are bad for the environment’ approach,” Armstrong says. “This shows humans have the ability to not just allow biodiversity to flourish, but to be a part of it.”

Other researchers say the findings could help boost the case that Indigenous knowledge has an important place in conservation efforts. “Anthropologists and archaeologists have been arguing in favor of this, but there’s been a lot of resistance from ecologists over the past 20 years,” says Patrick Roberts, an archaeologist at the Max Planck Institute for the Science of Human History who was not involved in the research. This study, he says, is an important piece of evidence showing human modification can add value to ecosystems.

It also helps explain a mystery that puzzled many European anthropologists when they first visited the Pacific Northwest in the late 1800s. Despite the absence of what the Europeans considered “agriculture”—cultivated fields and annual cycles of planting and harvesting—the tribes they encountered were socially complex, with large, sedentary populations and hierarchical societies. “That stumped a lot of anthropologists,” who thought Western forms of agriculture were necessary for complex societies, Armstrong says. “Now we know it wasn’t just salmon.”

← D. Berezhkov. A fundamental gap in the understanding of reality between Norilsk Nickel and indigenous peoples
As disasters mount, central banks gird against threat of climate change →