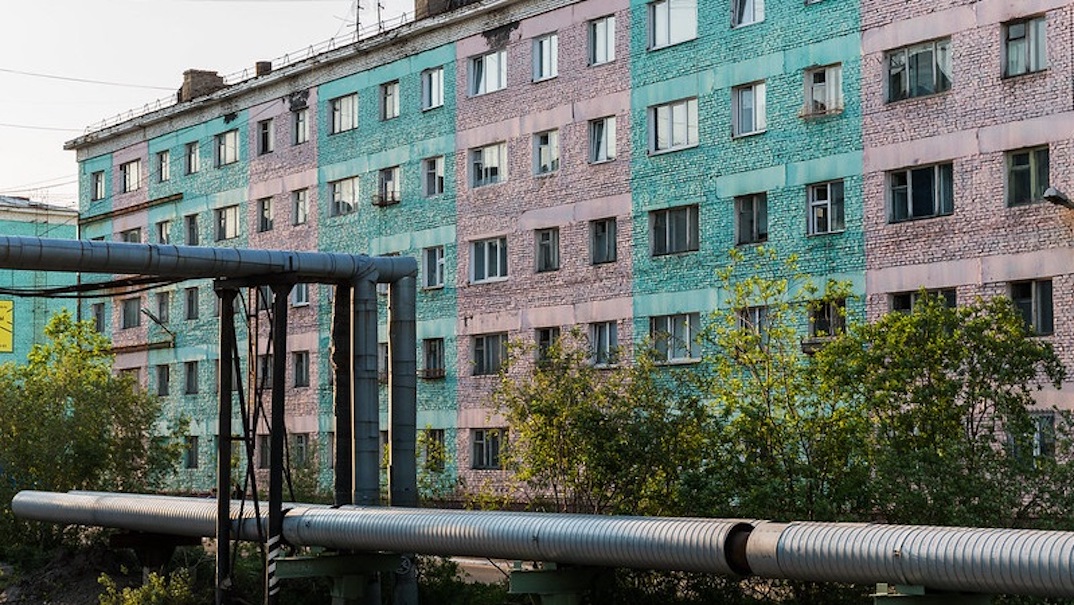 Rosneft is developing a massive oil project on the Taymyr peninsula with 15 towns, a port, two airports and 800km of pipeline

Gennady Schukin has returned to his flat in the city of Dudinka, above the Arctic circle, from a 600 kilometre trip to round up his reindeer.

At this time of year in this remote north-central part of Russia, hunting and fishing are key to Schukin’s community income.

Schukin is an indigenous leader and a representative of the 11,000 Dolgan people who live on the Taymyr peninsula. Born in 1962 into a family of reindeer herders, like many other Dolgans in the region, Schukin has retained a seasonal nomadic lifestyle, split between the city and the wild.

From his urban base, Schukin told Climate Home News a mega oil development under way in the region threatens this way of life.

A few hundreds kilometres downriver along the Yenisei, on the shores of the Kara Sea, state-owned oil company Rosneft is starting to build one of Russia’s largest oil projects that will transform a vast and fragile ecosystem into a multi-billion dollar industrial hub.

This network of pipelines, roads and electrical lines will criss-cross the Arctic tundra, a treeless expanse across which reindeers travel hundreds of kilometres. 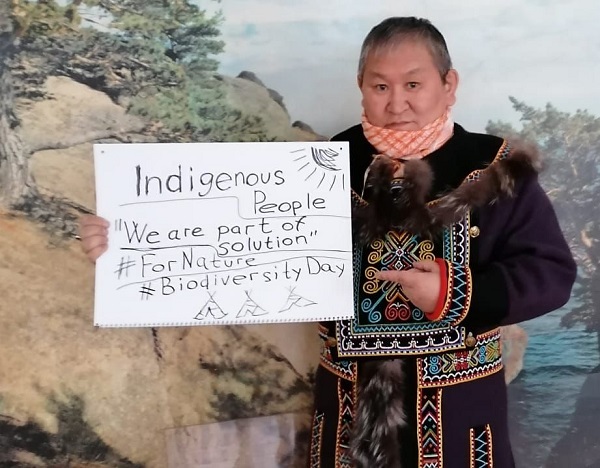 Dialling in by video call from his phone, Schukin said through a Russian translator he was “scared” of the project’s impact on indigenous people.

Unless pipelines are elevated at least three meters above ground, reindeers won’t be able to travel freely across the land, further threatening their dwindling numbers.

Plans for a huge port to export the oil on tankers across the Arctic Ocean risk hindering the migration of fish upstream into the freshwater rivers and lakes of the peninsula.

The Arctic is warming twice as fast as the rest of the world. The melting Arctic sea ice is seen as an opportunity for Rosneft, which plans to export its oil to Europe and Asian markets through the northern sea route.

The extraction and export of billions of barrels of oil in one of the world’s most fragile environments can only pay off on a dangerously overheated planet.

According to the International Energy Agency (IEA), new investments in oil and gas production need to stop by the end of the year if the world is to limit global warming to 1.5C – the tougher goal of the Paris Agreement.

Oil production should decline 4% annually this decade to be consistent with a 1.5C pathway. 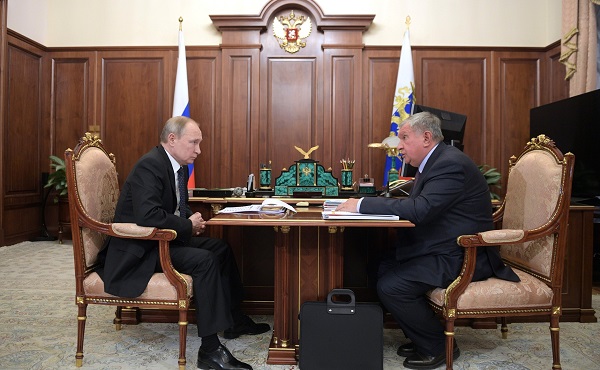 But the Russian government backs expanding oil and gas production in the Arctic as part of plans to tap into the region’s resources, grow its population and boost economic growth. Under its 2035 Arctic strategy, oil production would grow by 66% between 2018 and 2035.

Russian president Vladimir Putin described the Vostok Oil project as “ambitious and promising” and one that will “strengthen Russia’s position in the Arctic”.

The strategy for Rosneft is risky. A 2020 report by Carbon Tracker found Rosneft was among the oil and gas companies most at risk of having their assets stranded because of falling fossil fuel demand as the world strives to meet its climate goal. The study found that 70-80% of Rosneft capital expenditure could become stranded under a pathway to limit global temperature rise well below 2C.

Rosneft’s CEO Igor Sechin is optimistic about the future. “The resource potential of the Vostok Oil project, the high quality of oil and its economic model make the project one of the most attractive targets for investment in the global energy industry,” he recently said.

Speaking at the Petersburg International Economic Forum earlier this month, Sechin said the project will produce “green barrels of oil”.

He told the conference the project’s carbon footprint will be 75% lower than the average of other major new oil projects as methane gas and wind will be used to power production. The oil’s low sulphur content, he says, means the refining process can be less emissions-intensive.

This claim is difficult to independently verify without access to the full company data, David Linden, head of energy transition at Westwood Energy Group, a consultancy group for the energy industry, told Climate Home.

But it has to be considered in the context of where Rosneft is operating. Rosneft’s emissions intensity claim works out at about 12 kg of CO2 per barrel of production. Swedish company Lundin is claiming to sell “green oil” at just 0.45 kg CO2 per barrel.

Axel Dalman, associate oil and gas analyst at Carbon Tracker, told Climate Home that while it was “perfectly possible” for Rosneft to reduce its emissions from its production process by 75%, this did not take into account the much larger share of emissions resulting from the oil being burnt.

“Calling it ‘green barrels of oil’ is quite misleading when you consider that 85% of the emissions in a barrel of oil happen at the consumption stage,” he said.

Even before the oil is burnt, environmentalists have raised serious concerns over the plans’ impact on the fragile Arctic environment, with parts of the project encroaching on a protected nature reserve.

The Taymyr peninsula is rich in natural resources including coal, oil, gas as well as nickel and copper, which are used to manufacture batteries and for which demand is projected to boom. But these extractive industries have taken a toll on the environment.

“This is one of the most polluted areas of Russia,” Rodion Sulyandziga, a prominent promoter and defender of Indigenous Peoples rights in Russia, told Climate Home.

In May 2020, an estimated 20,000 tons of diesel fuel leaked into the soil and rivers near the city of Norilsk, a few dozen kilometres east from Dudinka, after a fuel storage tank belonging to a subsidiary of Russian nickel and copper giant Nornickel collapsed.

The health impact on indigenous communities is long lasting as the spilled oil poisons the fish people eat, Schukin said.

Greenpeace Russia estimates this is one of hundreds of oil accidents happening in Russia every year, with Rosneft named as one of the worst offenders.

Between January and April this year, at least three major oil spills have been linked to Rosneft subsidiaries in Russia. In 2015, Rosneft was charged after a pipeline leak in Siberia resulted in oily water filling backyards and flowing out of local people’s taps.

And in 2011, a report by the government’s environmental watchdog found Rosneft responsible for 2,727 oil spills in Russia’s largest oil province of Yugra, about 75% of all oil spills in the region.

“Rosneft is a champion in oil spills in Russia,” Vladimir Chuprov, campaign director at Greenpeace Russia, told Climate Home. “Experience of Rosneft in existing oil fields shows that there are no serious signs that the company will avoid oil spill.” 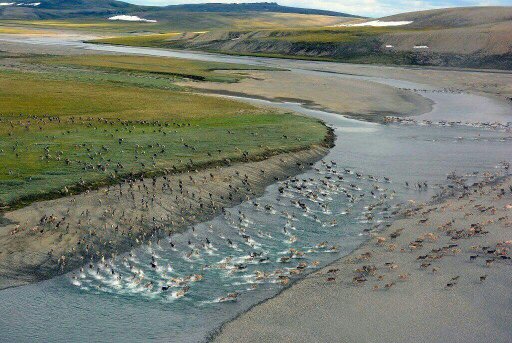 A herd of reindeer in the Taymyr peninsula (Photo: Gennady Schukin)

But holding companies accountable has been difficult in a part of Russia that is closed to outsiders. Those seeking to visit the region require a special permit from the authorities, making it difficult for NGOs to monitor local developments.

“You can call your oil green as much as you like, but it’s still oil,” Simon Kalmykov, energy advisor at NGO Bellona, told Climate Home. “And the biggest threat of oil is its ability to contaminate every surface that it touches.”

Speaking from Murmansk, a city off the Barents Sea in northwestern Russia, Kalmykov said the scale of the project made the possibility of an oil spill near inevitable. And despite advanced technologies to clean up spills, harsh Arctic conditions made clean-up much more difficult.A spokesperson for Rosneft described Climate Home’s questions to the company as “surprising” and refused to directly respond to any of the claims put to them. Offering a general comment, they said: “As a responsible energy resources producer and a member of the UN Global Compact, Rosneft is guided by the UN sustainable development principles and goals, and in addition, pays great attention to carbon management and assistance to the indigenous peoples of the North.”

Rosneft promised to create 100,000 new jobs in the area as a result of the project but without the appropriate skills and training, indigenous people are likely to miss out, said Schukin.

Schukin is seeking a written agreement from Rosneft to provide education and training, commit to environmental protection, respect indigenous rights to fishing and hunting, and invest in infrastructure across the 100 indigenous settlements in the region. But no formal consultation has been held.

“We don’t want to stop any kind of economic development as a driving force for investments in the region. We, as indigenous peoples, are trying to think positively. But on the other hand, we are very concerned about the environmental impact,” he said. “The government should change completely its policy towards Arctic development. It should design an environmental strategy that puts indigenous people at the centre of the discussion.”

← We invite you to sign this letter of support, in solidarity with Batani Fund and the Aborigen Forum Coalition:
Ground Temperatures Hit 118 Degrees in the Arctic Circle →