Posted on April 9, 2021 by Viktor Sulyandziga 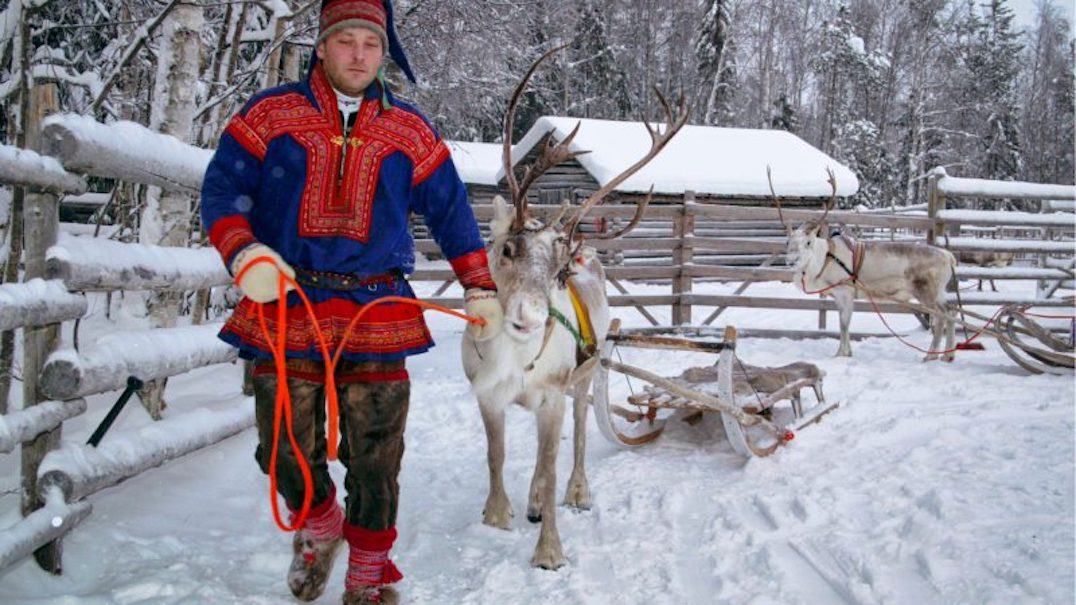 Colonial era policies in northern Scandinavia continue to affect Sámi life, culture and land use. Meanwhile, truth commissions are being set up and aim to investigate injustices against Indigenous people carried out by the states.

There are an estimated 100,000 to 150,000 Sámi in the Arctic regions, whose traditional homeland, an area collectively referred to as Sapmi, spans the Arctic regions of Norway, Sweden, Finland and the Kola Peninsula in Russia’s western Arctic.

From at least the 19th century, governments in Norway, Sweden, Finland and Russia pursued aggressive policies of assimilation, involving the education system and church discouraging or actively suppressing Sami languages and culture and forcibly assimilating Sami children into the dominant culture.

The Council of Europe and European human rights organisations have repeatedly condemned the lack of local representation of the Sámi in national governance decisions.

But while the persecution of rights to culture and language have gradually ceased, climate change and land exploitation pose new threats to the existence of Sámi communities.

Sámi parliaments across Northern Europe have suggested the set-up of so-called truth commissions as one means of addressing systemic discrimination.

Inspired by Canada’s Truth and Reconciliation Commission, which completed its work in 2015, they are meant to include methods such as public hearings and “psychosocial support” for those who testify.

The Norwegian body was established in 2018, while the Finnish government agreed to the formation of a Truth and Reconciliation Commission in 2019 and the Sámi in Sweden started their work on a similar structure in 2020.

Russia, however, is lagging behind with attempts being made to silence critical indigenous voices in the country.

Most of the truth commissions are expected to take several years.

Asked what measures are needed to counteract ethnic discrimination of Sámi, Tuomas Aslak Juuso, President of the Finnish Sámi Parliament, told EURACTIV that the best tool is to focus on reminding Northern European countries of the need to observe human rights.

According to Juuso, “it is important to remind that human rights are a core part of democratic work, especially in Northern Europe, where maybe many people think that we are already human rights countries that are doing everything well in this domain.”

“That’s why we arrived at the need for the reconciliation commission – to recognise that there have been  wrongdoings with dishonest colonial practices that are still impacting Sami people heavily,” he added.

One issue is a general lack of trust by Sámi people that the process will end with tangible improvements for their daily life.

“The majority population has been taught that they are an inferior, lower class of people,” a 2018 report prepared for the Finnish prime minister on the feasibility of a truth commission stated.

“They suspect that … the Finnish government is trying to improve its reputation internationally as a country that respects human rights … at the same time [as] it is further weakening the rights of the Sámi people,” the report added.

Getting a chance to understand the situation and educate the population of the home countries could contribute to “moving away from discrimination attitudes”, Juuso stressed.

“It’s important that governments show a willingness to commit to those rights, which have been promised and which they are obliged to fulfil,” Juuso told EURACTIV.

As the EU works on updating its Arctic policy, which is due to be published by the end of this year, youth representatives from the European Arctic have called on policymakers to ensure that Arctic youth and Indigenous peoples are included in the actions that will directly affect their futures.

“Perhaps in the past, authorities, in general, have been guilty of paying lip service to the views of people who live in the Arctic, to indigenous peoples and also to young people,” Michael Mann, EU Special Envoy for Arctic Matters, told EURACTIV during a recent event.

Arctic stakeholders stressed that identity is of major importance to the young generation, who have “preserved Sámi language, culture and traditions, despite strong assimilation politics”.

“Sámi are threatened with losing their land due to renewable energy production such as windmill parks, mines and new infrastructure. Reindeer herding and industrial projects in traditional lands cannot coexist,” Enni Similä, chair of the Finnish Sámi Youth Association, said.

“We have been watching with interest the various lawsuits that have been going on in the Northern countries aimed at safeguarding these traditional lands and ways of life and in our policymaking,” the EU’s Arctic envoy said.