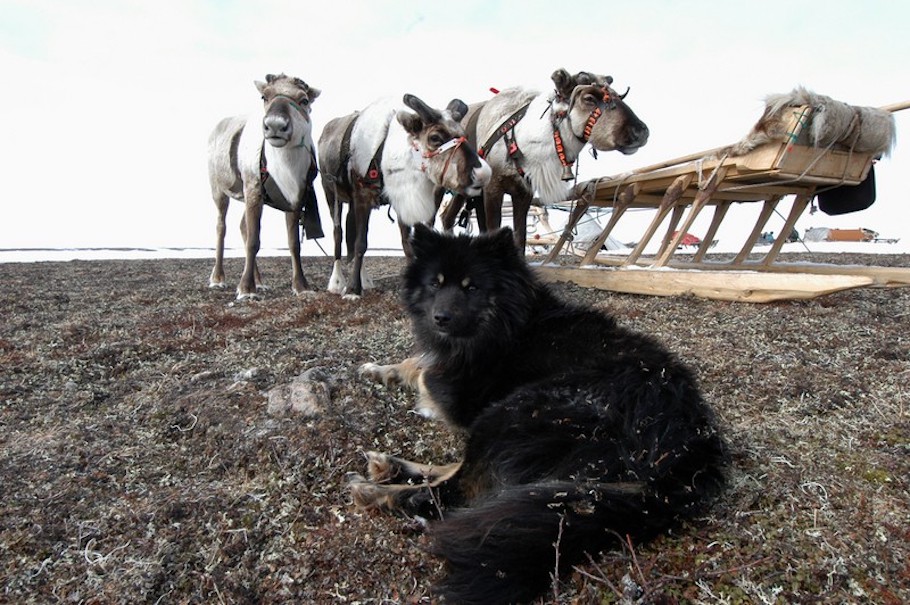 Nornickel does not invite us to meetings, so now we urge international shareholders and buyers of their metals to take action, says Pavel Sulyandziga, President of the Batani Foundation, an exile group working for the rights of indigenous peoples in the Russian north.

Nornickel’s multibillion-dollar worth mining- and metallurgical plants on the Siberian tundra are key to deliver metals for the electromobility industry. The company produces one third of the global supply of nickel and has some of the largest factories in the world for copper and cobalt.

All three metals are in growing demand as Europe, Asia and North America try to catch up in global battery race.

In Russia, however, the scramble for metals come with a cost. Pollution from the factories in Norilsk has for decades ranked top in global air pollution and a recent oil spill caused anger all the way to President Putin’s office.

Nornickel claims it has environment as a top priority, with comprehensive plans to further reduce air pollution.

That priority is questioned by indigenous peoples who feel they are taking to a wall.

“No, Nornickel does not invite to meetings and conferences,” said Pavel Sulyandziga when asked by the Barents Observer about his indigenous group’s dialog with the metallurgical giant.

“They are used to dictate conditions to everyone in Russia. In Taimyr, Nornickel is the Tsar and the God at the same time,” he said.

Sulyandziga is President of Batani Foundation, an international fund created to support indigenous peoples in the Russian north. The group’s help to communities protesting mineral extraction and industrial pollution on indigenous land has always been a thorn in the eye of authorities. The Russian government declared Batani Foundation as a foreign agent in 2015 and two years later, the organization was liquidated by the Moscow city court after a demand from the Ministry of Justice.

Since then, the group has worked in exile, with staff members asking asylum in the United States, Norway and Sweden.

Sulyandziga claims Nornickel brings in only those indigenous peoples who can paint a “beautiful picture” of the company’s activities.

“Those who ask inconvenient questions, about various violations and problems, are simply excluded.”

Together with 35 other organizations and entities working with indigenous peoples rights and environment, the Batani Foundation has sent an urgent call to both international banking and credit institutions and buyers of metals from Nornickel.

One of the receivers of the letter is BASF, the world’s largest chemical producer and a leading producer of material to electric vehicle’s battery production.

“Given the increasing level of ethical and environmental scrutiny that is being brought to bear on supply chains for battery nickel, it is imperative that BASF does not fall foul of investor sentiment. For BASF’s Group Position and Supplier Code of Conduct to have credibility, BASF must take action to address Nornickel’s violations,” the letter reads and lists numerous examples of environmental misconduct by Nornickel in the Russian Arctic region.

“Nornickel only understands money. If BASF makes it clear to Nornickel that it is necessary to change its policies and attitudes, this will encourage Nornickel to actually pursue a policy of respect for the rights of indigenous peoples in accordance with international standards,” Sulyandziga said.

He adds: “We want to see this change in reality, not in presentations.”

Christine Haupt, spokesperson for BASF, assures to the Barents Observer that the company expect all suppliers “to fully comply with applicable laws and to follow internationally recognized environmental, social and corporate governance standards.”

She said BASF is in regular contact with Nornickel on sustainability matters and other aspects relevant to cooperation.

“What counts in our view, based on the UN Guiding Principles on Business and Human Rights, are the willingness and actins of a company to work towards sustainability,” said Christine Haupt.

She said BASF is co-founder of the Global Battery Alliance, which brings together business, government and civil society to develop standards and tolls to create a social responsible, ecological and economically sustainable, and innovative value chain for batteries.

BASF, though, is only one of many scrambling for battery metals.

Tesla’s Elon Must last year called on miners to produce more nickel. “Tesla will give you a giant contract for a long period of time if you mine nickel efficiently and in an environmental sensitive way.”

Other carmakers, like Hyundai, GM, Ford and Nissan, are all rushing to secure raw materials for battery cars believed to count for tens of millions of new vehicles annually within the next few years.

Well aware of the critical voices, Nornickel this week announced a grant support program to the indigenous peoples of Taimyr where the company’s largest metallurgical factories are located in Norilsk.

“Most of the applications are aimed at preserving long-term traditions and practices, historical memory and cultural code of the peoples of Taimyr. We hope that the World of Taimyr competition will become a real support for local communities, help not only preserve, but also develop the rich cultural heritage of the region, ”said Larisa Zelkova, senior vice president of Nornickel.

Pavel Sulyandziga said this is just an example of Nornickel buying influence.

“Why would they negotiate with those they cannot influence when they can simply buy the loyalty of others,” he said.

“This is the Russian reality,” Sulyandziga added.

The Batani Foundation, the Aborigine Forum and the Society for Threatened Peoples questions in a joint letter to UBS Switzerland this week why the multinational investment bank continuously finances Nornickel, “despite its widely known failure in environmental and human rights issues.

Another Swiss banking company, Credit Suisse, is in a similar letter asked about what they are doing to ensure their investments with Nornickel does not violate the rights of the indigenous peoples in the Russian north and what is done to prevent further environmental damage.

Credit Suisse acquired shares in the amount of $184 million in 2019 and provided loans to Nornickel, according to the indigenous peoples’ NGOs.

The letter to Credit Suisse details how the indigenous peoples of the Arctic who have occupied the land for generations, like the Sámi, Nenets, Nganasan, Enets, Dolgan and Evenk communities, suffer as a result of Nornickel’s negative impacts on their herding, hunting, fishing, and overall economic and subsistence activities, as well as their physical health and well-being.

In 2009, the Norwegian Pension Fund, one of the world’s largest investors, blacklisted Nornickel due to “severe environmental damage”. Later, other financial institutions like Actiam and Skandia followed.

← Senate Committee Votes To Confirm Haaland. Here’s Who Voted For and Against Her and What Happens Next.
Indigenous Defenders Movement in Russia: A Briefing for Funders →