Posted on January 23, 2021 by Viktor Sulyandziga 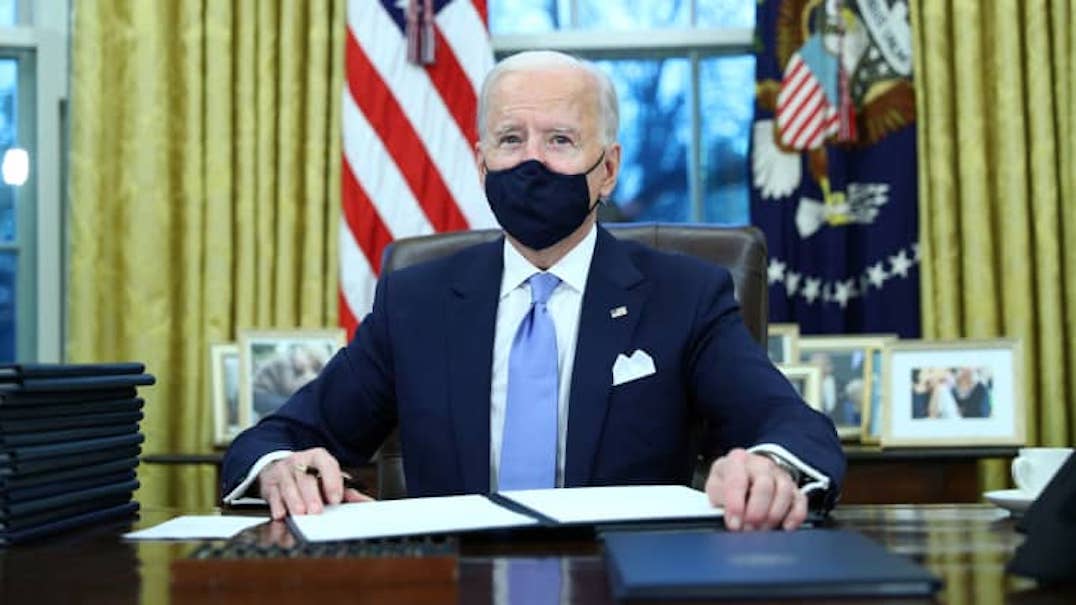 President Joe Biden signed an executive order to rejoin the U.S. into the Paris climate agreement on Wednesday, his first major action to tackle global warming as he brings the largest team of climate change experts ever into the White House.

The Biden administration also intends to cancel the permit for the construction of the Keystone XL pipeline from Canada to the U.S. and sign additional orders in the coming days to reverse several of former President Donald Trump’s actions weakening environmental protections.

Biden vows to move quickly on climate change action, and his inclusion of scientists throughout the government marks the beginning of a major policy reversal following four years of the Trump administration’s weakening of climate rules in favor of fossil fuel producers.

Nearly every country in the world is part of the Paris Agreement, the landmark nonbinding accord among nations to reduce their carbon emissions. Trump withdrew the U.S. from the agreement in 2017.

Mitchell Bernard, president of the Natural Resources Defense Council, said Biden’s order to rejoin the accord makes the U.S. part of the global solution for climate change rather than part of the problem.

“This is swift and decisive action,” Bernard said in a statement. “It sets the stage for the comprehensive action we need to confront the climate crisis now, while there’s still time to act.”

With a slim Democratic majority in the Senate, Biden could potentially achieve large parts of his ambitious climate agenda, including a $2 trillion economic plan to push forward a clean-energy transition, cut carbon emissions from the electricity sector by 2035 and achieve net-zero emissions by 2050.

During his first few months in office, Biden is expected to sign a wave of executive orders to address climate change, including conserving 30% of America’s land and waters by 2030, protecting the Arctic National Wildlife Refuge from drilling, and restoring and elevating the role of science in government decisions.

Some legal actions on climate will take longer, including the administration’s plan to reverse a slew of Trump’s environmental rollbacks on rules governing clean air and water and planet-warming emissions. The Trump administration reversed more than 100 environmental rules in four years, according to research from Columbia Law School.

“From Paris to Keystone to protecting gray wolves, these huge first moves from President Biden show he’s serious about stopping the climate and extinction crises,” Kieran Suckling, executive director of the Center for Biological Diversity, said in a statement. “These strong steps must be the start of a furious race to avert catastrophe.”

The next major U.N. climate summit will take place in Glasgow, Scotland, in November. Countries in the agreement will give updated emissions targets for the next decade.

A goal of the agreement is to keep the global temperature rise well below 2 degrees Celsius, or 3.6 degrees Fahrenheit, compared with preindustrial levels. The Earth is set to warm up by 1.5 C, or 2.7 F, over the next two decades.

Robert Schuwerk, executive director for North America at Carbon Tracker, said rejoining the accord signals to global markets that the U.S. will make tackling climate change a priority, but added that it’s only a part of what the administration must do to lower its emissions.

The U.S. is the world’s second-largest emitter of greenhouse gases behind China. It’s expected to have an updated climate target and a concrete plan to reduce emissions from the power and energy sector.

“Rejoining is just table stakes,” said John Morton, who was President Barack Obama’s energy and climate director at the National Security Council. “The hard work of putting the country on a course to becoming net zero emissions by mid-century begins now.”

← The Amazon is Dirty, Our Rivers and Fish are Contaminated, Everyone is Sick
Joe Biden: ‘Tribal sovereignty will be a cornerstone’ →