Posted on January 21, 2021 by Viktor Sulyandziga 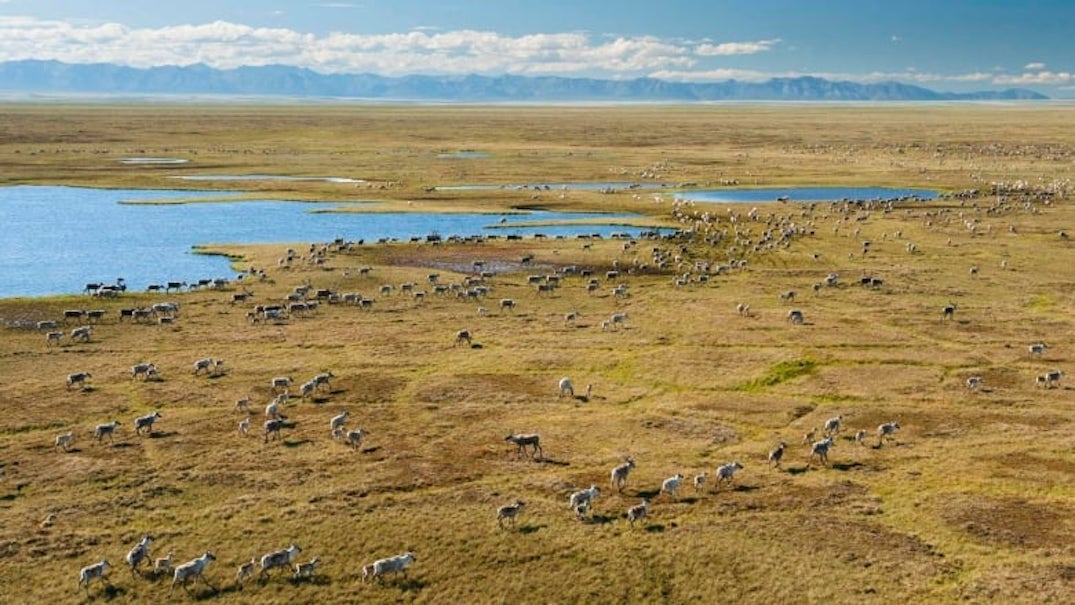 U.S. Bureau of Land Management in Alaska waits for guidance on presidential order

President Joe Biden’s administration announced plans Wednesday for a temporary moratorium on oil and gas leasing in Alaska’s Arctic National Wildlife Refuge after the Trump administration issued leases in a part of the refuge considered sacred by the Indigenous Gwich’in.

The plans, along with other executive actions, came on Biden’s first day in office.

Issuing leases had been a priority of the Trump administration following a 2017 law calling for lease sales, said Lesli Ellis-Wouters, a spokesperson for the U.S. Bureau of Land Management in Alaska.

No official guidance yet

Ellis-Wouters said by email Wednesday that she has not “received anything on executive orders that pertain to the ANWR lease sales.”

E. Colleen Bryan, a spokesperson for the Alaska Industrial Development and Export Authority, said the state corporation, which was issued seven leases and was the main bidder in the lease sale, “can’t speculate what may happen with the new administration.”

Biden has opposed drilling in the region, and drilling opponents hope the executive action is a step toward providing permanent protections, which Biden called for during the presidential campaign.

His order cites “alleged legal deficiencies” underpinning the oil and gas lease program in calling on the Interior secretary to, “as appropriate and consistent with applicable law, place a temporary moratorium on all activities of the Federal Government” related to implementing the program. The order also calls on the secretary to review the program and potentially conduct a “new, comprehensive” environmental review.

Pending lawsuits challenge the adequacy of the environmental review process undertaken by the Trump administration.

The fight to open the coastal plain to drilling goes back decades, with the state’s Republican congressional delegation hailing the issuance of leases as “significant and meaningful for Alaska’s future.” They criticized on Wednesday the planned moratorium.

U.S. Senator Dan Sullivan said in a statement that Americans did not give Biden “a mandate to kill good-paying jobs and curry favour with coastal elites.”

U.S. Senator Lisa Murkowski said “significant progress” has been made in the past month, with the lease sale and issuance of leases.

“The Biden administration must faithfully implement the law and allow for that good progress to continue,” she said in a statement.

Alaska Governor Mike Dunleavy, a Republican, said the state “does responsible oil and gas development in the Arctic better than anyone, and yet our economic future is at risk should this line of attack on our sovereignty and well-being continue.”

Oil has long been the economic lifeblood of Alaska, and drilling supporters have viewed development as a way to boost oil production that is a fraction of what it was in the late 1980s, and to generate revenue and create or sustain jobs.

Drilling critics have said the area off the Beaufort Sea provides habitat for wildlife including caribou, polar bears, wolves and birds — and should be off limits to drilling. The Gwich’in have raised concerns about impacts on a caribou herd on which they have relied for subsistence.

“It is so important that our young people see that we are heard, and that the president acknowledges our voices, our human rights and our identity,” Bernadette Demientieff, executive director of the Gwich’in Steering Committee, said in a statement.

← U.S. Supreme Court Rules in Favor of Shoshone-Bannock Tribe
The Amazon is Dirty, Our Rivers and Fish are Contaminated, Everyone is Sick →