Posted on December 18, 2020 by Viktor Sulyandziga 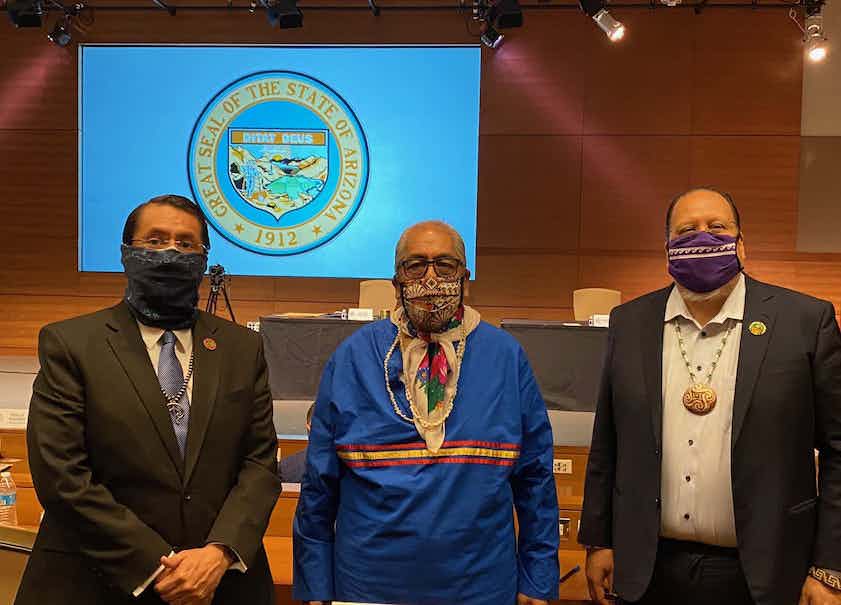 The Electoral College formally chose Joe Biden on Monday as the nation’s next president, giving him a solid electoral majority of 306 votes and confirming his victory in last month’s election.

In New Mexico, one of the state’s five electors is affiliated with Laguna and Acoma Pueblos. The name of the elector was being withheld due to security concerns, the state’s Democratic Party confirmed.

The state-by-state voting took on added importance this year because of President Donald Trump’s refusal to concede he had lost.

Heightened security was in place in some states as electors met on the day established by federal law. Electors cast paper ballots in gatherings with masks, social distancing and other virus precautions the order of the day.

The results will be sent to Washington and tallied in a Jan. 6 joint session of Congress over which Vice President Mike Pence will preside.

The Electoral College was the product of compromise during the drafting of the Constitution between those who favored electing the president by popular vote and those who opposed giving the people the power to directly choose their leader.

Each state gets a number of electors equal to its total number of seats in Congress: two senators plus however many members the state has in the House of Representatives. Washington, D.C., has three votes, under a constitutional amendment that was ratified in 1961. With the exception of Maine and Nebraska, states award all of their Electoral College votes to the winner of the popular vote in their state.

The bargain struck by the nation’s founders has produced five elections in which the president did not win the popular vote. Trump was the most recent example in 2016.

Also in the 2016 election, Faith Spotted Eagle, Yankton, made history when she received Electoral College votes for president. Robert Satiacum Jr., Puyallup, cast his vote for Spotted Eagle and a vote for Winona LaDuke to be vice president.

The Supreme Court later found states can require presidential electors to back their states’ popular vote winner in the Electoral College.