Posted on December 17, 2020 by Viktor Sulyandziga 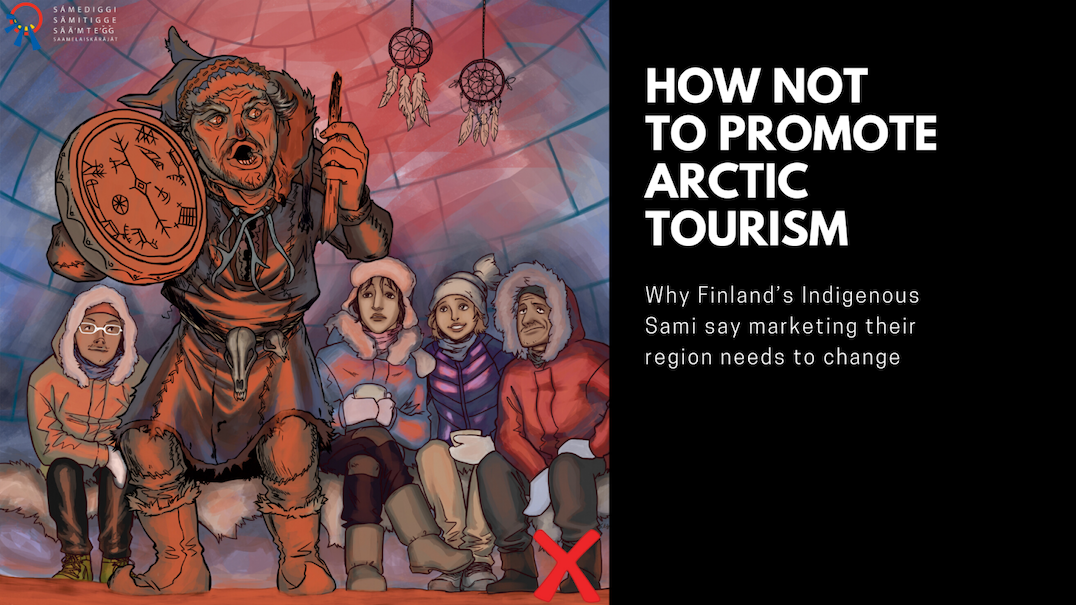 Eye on the Arctic has been named as a finalist at the 2020 Canadian Online Publishing Awards (COPA) in the Best Investigative Article or Series category, Media section, for its report How not to promote Arctic tourism, the awards organizers announced on their website.

In How not to promote Arctic tourism: Why Finland’s Indigenous Sami say marketing their region needs to change, Eye on the Arctic journalist Eilís Quinn explores how destructive Indigenous stereotypes became embedded in Finland’s tourism industry and how the Sami are now working to undo them.

Eye on the Arctic joins four other nominees in the same category : Ha-Shilth-Sa; HuffPost Canada; PressProgress; and Victoria News.

The 2020 COPA winners will be announced online in January on a date yet to be determined. Because of COVID-19, they’ll be no in-person event this year.

Entries are reviewed by a panel of experts from various fields with prizes divided between five sections: academic, business, consumer, media, ethnic.

Established in 2009, the COPAs “bring together all the media brands and companies that are producing content online,” according to their website.

Masthead Magazines, which produces the awards, is based in Ontario, southern Canada. Masthead “is not affiliated with any trade organization or publishing lobby groups,” COPA’s website says.

Eye on the Arctic was previously awarded the silver medal at the 2019 COPA awards in the Best Investigative Article or Series category for Death in the Arctic: A community grieves, a father fights for change, also by Eilís Quinn.