Posted on December 8, 2020 by Viktor Sulyandziga 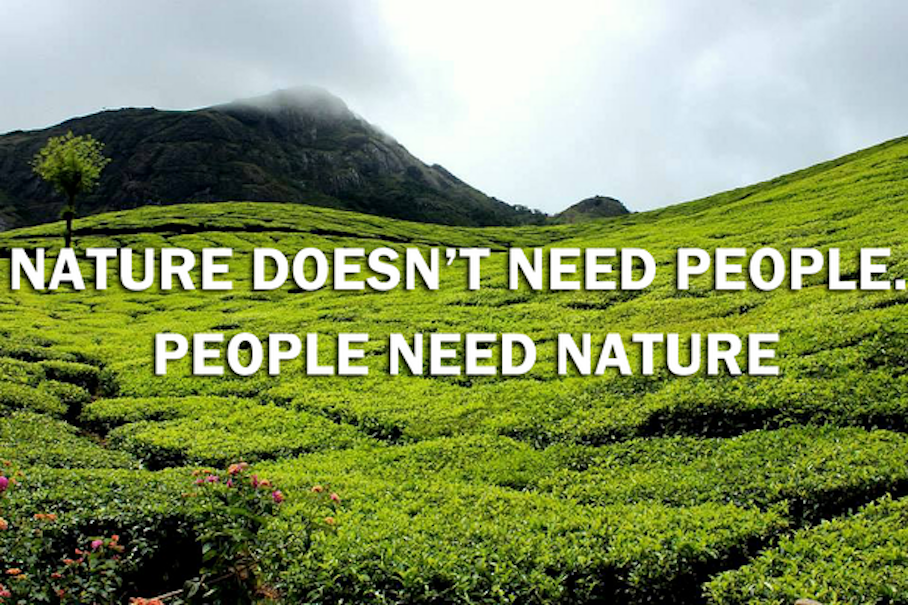 It’s called Nature is Speaking, and the celebrities play the role of nature: Harrison Ford is the Ocean; Edward Norton is the Soil; Penélope Cruz is Water.

“The environmental movement has missed the mark with our impenetrable language,” Peter Seligmann, chairman and CEO of Conservation International, told Fortune magazine.

So Seligman got marketing guru Lee Clow to work on Conservation International’s advertising campaign. Clow was one of the people behind Apple’s 1984 commercial and the “Think Different” slogan.

The fact that Laurene Powell Jobs, Steve Jobs’ widow, is on the board of Conservation International no doubt helped persuade Clow to get involved.

I’ve always been there for them and I have been more than generous. Sometimes I gave it all to them. Now gone, forever.

But humans, they’re so smart, so smart. Such big brains. And opposable thumbs. They know how to make things. Amazing things.

Now why would they need an old forest like me any more? Jungles? Trees?

Well, they do breathe air. And I make air. Have they thought about that?

Humans. So smart. They’ll figure it out.

The campaign is aimed at convincing us that humans depend on nature. The photography is beautiful. The voices are great. And every time someone uses the hashtag #NatureIsSpeaking on Twitter and other social media, Hewlett-Packard donates US$1 to Conservation International (up to US$1 million).

But there’s a serious problem.

A recent report by World Resources Institute and the Rights and Resources Initiative found that recognising and protecting Indigenous Peoples’ and local communities’ rights to their land and forests are crucial for protecting forests.

The deforestation rate in community-managed forests in the Brazilian Amazon is 11 times lower than in forests outside those areas. More carbon is stored in community forests.

As Rights and Resources Initiative points out,

By arguing that nature doesn’t need people, Conservation International unwittingly discredits the millions of Indigenous Peoples who have acted as effective and responsible stewards of their land for centuries. This kind of thinking has had devastating real-world ramifications, with untold millions of local communities suffering from forced relocation over the past century of “conservation” – a pattern that continues all too often today.

← Denmark set to end all new oil and gas exploration
Rivers for Recovery: Protecting Rivers and Rights Essential for a Just and Green Recovery →