How far can President-elect Joe Biden go to salvage US climate efforts?

Posted on November 23, 2020 by Viktor Sulyandziga 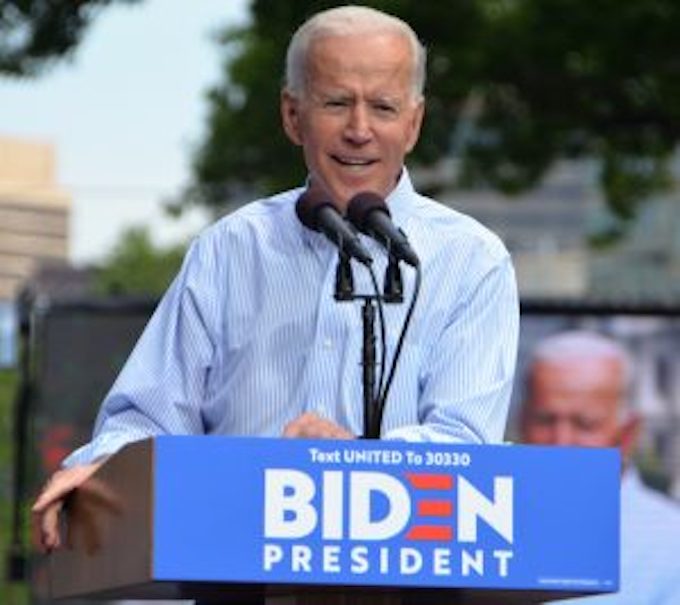 Joe Biden, the projected winner of the US presidency, plans to restore dozens of environmental rollbacks enacted by the administration of Donald Trump and launch  the most ambitious climate agenda ever forwarded by an American president. Though his most progressive policies will face pushback from Senate Republicans and conservative attorney’s general, the White House, with Biden in charge, plans to make a complete turnaround on US climate policy.

As early as Saturday afternoon, after major television networks called the presidential contest for Biden, the president-elect’s transition team posted its climate strategy online, pledging on “day one” to re-enter the Paris climate accord – from which the Trump administration formally withdrew on Wednesday, the day after the election.

The efforts will include restricting oil and gas drilling on public lands and waters; jacking up federal mileage standards for cars and trucks; blocking fossil fuel pipelines across the country; providing federal incentives for renewable power development; and urging other nations to cut their own carbon emissions.

In a victory speech Saturday night, Biden identified climate change as one of his top priorities as president, saying Americans must marshal the “forces of science” in the “battle to save our planet.”

The Biden climate plan looks to eliminate carbon emissions from the electric sector by 2035 and to spend nearly $2 trillion in investments ranging from weatherizing homes to building a robust electric car charging infrastructure throughout the country.

Nevertheless, the new administration will be starting out on the back foot. The US is the world’s biggest economy and second biggest emitter of greenhouse gases, but Trump Administration reversed measures taken by Barack Obama to reduce those emissions and rejected the Paris Agreement, which binds nations to hold global heating to well below 2C, with an aspiration to limit temperature rises to 1.5C.

Runoff races in Georgia scheduled for January will determine whether the US Senate will be receptive to a climate friendly legislative agenda. Should Democratic challengers in those elections fail, Biden may have to rely on a combination of executive actions and more-modest congressional deals to sidestep Republican opposition. His room to maneuver could be hamstrung further by a conservative majority on the US Supreme Court when his plans meet the inevitable legal challenges.

But smart climate policy may not be as hard to sell as it was when Trump took office in 2017. US Voters have begun to experience the effects of climate change firsthand and polls take over the summer show that two-thirds of Americans – including a majority of Republicans — say they want the government to do more on climate change. Since then, record-setting wildfires and droughts have ravaged the West Coast while states from Texas to Florida are reeling from a hyperactive hurricane season that has yet to end.

And in an economy reeling from the effects of the global coronavirus pandemic, Biden has argued that curbing carbon emissions will create high-paying jobs.

Achieving much of this in when political divisions still run hot will be difficult – but not impossible – without Senate approval. Environmental groups in the US have published extensive lists of which policy moves Biden can make as soon as inauguration day –  all without having to wrangle congressional support.

Among those actions is wielding the extensive powers of executive orders – a power Trump used to enact many of his environmental rollbacks. The Sabin Center for Climate Change Law at Columbia Law School in New York tracked 159 Trump-era actions that cut back on environmental protections or promote the use of fossil fuels or both. In August, the center published a blueprint on how to unwind those changes under a Democratic administration.

Aside from rejoining the Paris accord – which requires the US to submit new commitments for reducing the nation’s emissions ­– Biden can quickly issue executive orders that would reverse a slew of Trump rollbacks. For instance, Biden can reverse Trump’s much-heralded “America First” energy strategy aimed at opening United States coastal waters to oil and gas drilling. He can also reverse Trump’s reversal of an Obama policy that directed federal agencies to cut their own greenhouse gas emissions by 40 percent.

Further, he can also instruct his own Environmental Protection Agency – now in the hands of fossil fuel lobbyists appointed by Trump ­– to develop a more ambitious version of Obama’s Clean Power Plan for the electricity sector to further his goal of hitting net-zero emissions by 2035. He can also compel the Department of Transportation to develop, as his climate plan promises, “rigorous new fuel economy standards aimed at ensuring 100% of new sales for light- and medium-duty vehicles will be electrified.”

On top of all that, a crucial structural move Biden can make without congress is using the Dodd-Frank financial reform legislation to ensure that the Federal Reserve – and the financial system more broadly – takes climate risk into account and channels investment away from carbon-intensive projects.

Most importantly, the Biden administration can reassure the world that the United States is back to taking climate change seriously. As president, his foreign policy powers are virtually limitless. Rejoining Paris is merely the first step.

The limits of executive power

Of course — just as Obama and then Trump have seen — executive action is subject to legal challenge, and Biden will face not just a Supreme Court, but an entire federal judiciary stacked with more conservative appointees, many of whom favor deregulation. Even if Biden’s policies survive that, they could again be reversed by a future president.

Still, Biden can make enormous progress in four years, especially if he is fearless in his use of executive actions – and those actions are likely to find support from many quarters of energy industry itself. Pressured in part by consumer demand, a number of utilities have set their own zero-carbon goals, and some oil companies vow to invest more in renewables. A growing list of major companies, along with cities and states, are also setting aggressive targets for carbon neutrality.

But after four years of the Trump administration there is much ground to make up – and nothing Biden can do can make up for lost time.

During the Trump years the United Nations Intergovernmental Panel on Climate Change has issued increasingly urgent warnings, saying that the window to hold off the worst climate change is closing. Many researchers consider Trump’s failure to address the issue to be the greatest harm he inflicted on the environment. That presents the Biden administration with its greatest environmental challenge.