Window on Eurasia: Ussuri Activist, Now in US Exile, Recalls First Real Elections in His Home Region in 1987

Posted on November 30, 2020 by Viktor Sulyandziga 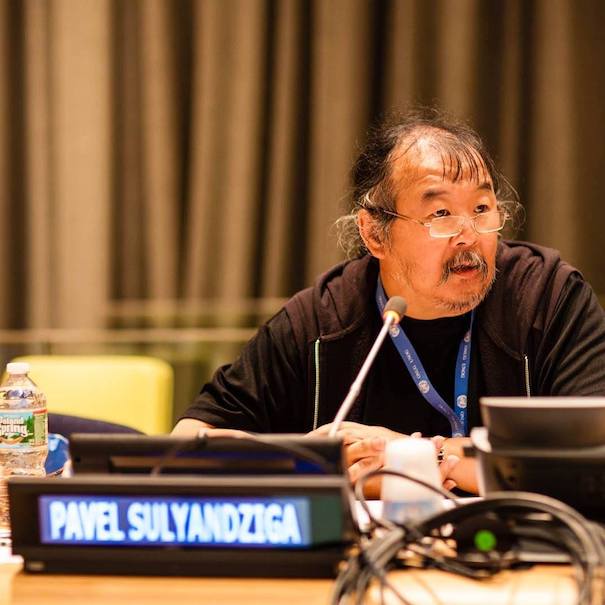 Staunton, November 8 — It is easy to forget if one lives in a country where voting in multiple candidate elections have taken place for decades or even centuries how new that idea is in the Russian Federation where the first genuinely competitive voting took place less than 35 years ago in 1987.

That makes the latest recollections of Pavel Sulyandziga, an ethnic activist from Russia’s Far East and North who now lives in exile in the United States, about those first competitive elections in living memory there especially valuable as an indication of just how steep a learning curve people there must go through (indigenous-russia.com/archives/8853).

Sulandziga, an Udygey, became a mathematics teacher there after graduating from a teacher training school and in 1985, he recalls, he was named “the best young teacher of Primorsky Kray,” a distinction that gave him a chance to visit Moscow for the first time to take part in the First Congress of the Best Young Teachers of the Soviet Union.”

Because of his work with the pupils, his authority rose and many of his charges began to come to him with various issues concerning not only education and culture but the injustices experienced by Udygeys who were seeing their primordial lands taken over and exploited by outsiders.

Convinced that if there was a problem, it should be addressed, he turned to the local party leadership which basically told him to stop raising such issues because the party knows best. Had it told him that it would take up these issues, he would have been delighted, but that didn’t happen and set the stage for what has taken place since.

As a communist and a deputy in the village soviet, Sulandziga together with the secretary of the local Komsomol organization, an outsider who was assigned his first job there after graduation, organized a Komsomol conference and nominated their own candidates for the rural soviet to run against the communist slate.

The party demanded they retract their list and the KGB then gave his partner 24 hours to leave the region. But because there was no place they could send Sulandziga, they began to put about stories he was an alcoholic, abused his students and cursed their parents. The powers tried to expel him from the CPSU but couldn’t easily because he had been named best young teacher.

In the end, he was given a strict warning which was entered in his party card and would have precluded any further advancement had the communist system continued. But the elections happened, he and his slate won the first competitive elections, and four years later, the Soviet Union was no more.