Haaland being vetted by Biden team for Interior secretary

Posted on November 19, 2020 by Viktor Sulyandziga 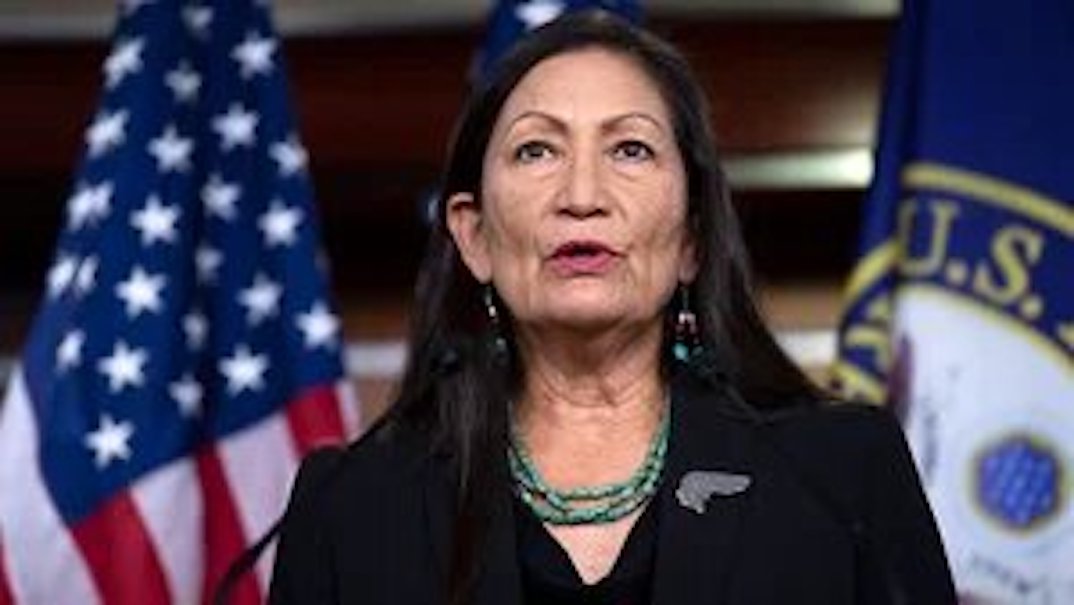 The Biden transition team is in the process of vetting Rep. Deb Haaland (D-N.M.) for the Interior secretary post, sources told The Hill on Tuesday.

The development came after Haaland dropped out of the three-way leadership race for House Democratic Caucus vice chairwoman.

If Haaland is tapped by President-elect Joe Biden, her nomination would be historic, making her the first Native American Cabinet secretary, where she would oversee an agency with vast responsibility over tribal issues and public lands. In 2018, she became one of the first two Native American women elected to Congress, alongside Rep. Sharice Davids (D-Kan.).

More than half of the president-elect’s transition team is comprised of women, and nearly half of its members are people of color; Biden has also vowed that his new Cabinet and administration will be very diverse and “look like America.”

Haaland, the former chairwoman of the New Mexico Democratic Party who just won reelection to the House, did not respond directly when asked why she suddenly dropped out of this week’s leadership race.

“We have an opportunity to unify our caucus, plan for the future, and support working families while we’re facing the challenges that have come from an administration who didn’t take this pandemic seriously,” Haaland said in a statement.

“I’ve deeply appreciated this process — discussing priorities, getting to better know my colleagues, and their districts and issues, and also answering questions about Indian Country. I look forward to continuing these conversations with a united caucus, laser-focused on healing and rebuilding our country,” she added.

Haaland, 59, has previously expressed interest in the role. In an interview with HuffPost last week, Haaland said “of course” she was interested in leading the Interior Department.

The Biden transition team did not immediately respond to a request for comment, and it is not clear if it is also vetting other candidates. Other names being considered to lead the Interior Department include retiring Sen. Tom Udall (D-N.M.), whose father was Interior secretary in the 1960s, and Sen. Martin Heinrich (D-N.M.).

The vetting process includes a review of personal, financial and medical information, one source said, helping the Biden team spot any red flags.

Udall’s office suggested he is still being weighed for the role but did not say whether he is also being vetted.

“Deb Haaland is a close personal friend and I’ve been proud to work with her in Congress and long before that. Senator Heinrich has been an incredible partner and friend in the Senate for the past eight years. Like so many New Mexicans, I’m excited about the vision of the incoming Biden-Harris administration and I am honored to be considered for an opportunity to continue my public service,” Udall said in a statement to The Hill.

Haaland, who chairs the House Natural Resources subcommittee that oversees national parks, forests, and public lands, got a nod Monday from full committee Chairman Raúl Grijalva (D-Ariz.), who had been endorsed for the Interior role by the Congressional Hispanic Caucus (CHC). Grijalva, a progressive leader, backed Haaland while asking fellow CHC members to do the same.

“It is well past time that an Indigenous person brings history full circle at the Department of Interior. As her colleague on the Natural Resources Committee, I have seen first-hand the passion and dedication she puts into these issues at the forefront of the Interior Department from tackling the epidemic of missing and murdered Indigenous women to crafting thoughtful solutions to combating the climate crisis using America’s public lands,” Grijalva wrote in the letter obtained by The Hill.

“It should go without saying, Rep. Haaland is absolutely qualified to do the job,” he added.

Biden this week began naming top staffers who will serve in the White House, including chief of staff Ron Klain and Rep. Cedric Richmond (D-La.), the Biden campaign’s national co-chairman, who will serve as a senior adviser to the 46th president and the director of the White House Office of Public Engagement.

Biden has yet to name any Cabinet members, though he could make some of those picks before Thanksgiving.

← The scarred landscapes created by humanity’s material thirst
How far can President-elect Joe Biden go to salvage US climate efforts? →