Russia Should Get Behind Arctic Ban on Dirty Fuel

Posted on November 17, 2020 by Viktor Sulyandziga 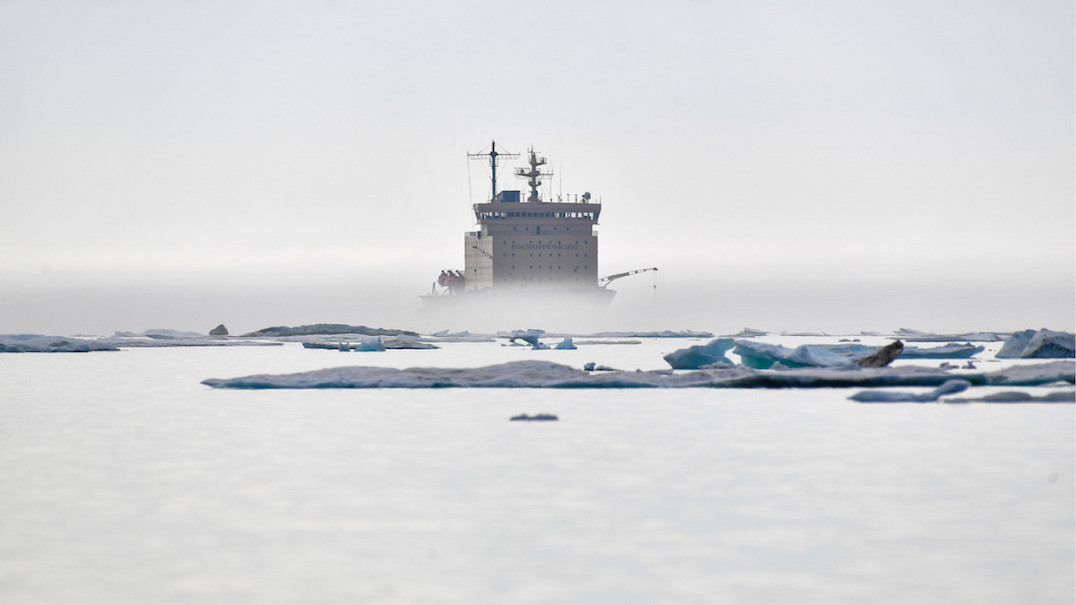 Russia is watering down a block on heavy fuel oil — a toxic pollutant — in the Arctic. That could be a dangerous mistake.

n recent years, Russia has emerged as a global leader in the production and transportation of liquefied natural gas (LNG).

The projects are highly innovative, mighty impressive, and very expensive.

However, Russia’s strides in switching to LNG in the Arctic will be hindered by their reliance on heavy fuel oil (HFO). HFO, known also as bunker fuel or mazut, is a thick, tar-like substance — a dangerous pollutant, packed full of contaminants.

While much of the Russian business community seems to understand that it has no place in Arctic waters, the Russian government has spearheaded diplomatic efforts to water down a proposed international ban on the use of mazut in the Arctic.

That could be a dangerous mistake. The Russian government, scientists, and civil society should take heed of these cues from some of the country’s largest businesses and support the transition away from mazut.

Shipping along the Northern Sea Route — an Arctic passage which cuts naval journey times from Europe to Asia, but is only accessible in warmer summer months — is booming. Since 2017, volumes have gone up by more than 430%, eclipsing records set in the Soviet era.

LNG already makes up most of the transported cargo volumes, but despite investments in gas infrastructure, Russia continues to rely on heavy fuel oil in the Arctic. In November 2019, then-Prime Minister Dmitry Medvedev called on the Murmansk Governor Andrey Chibis to find a “systematic solution” to the problem of growing expenses for heavy fuel oil — the issue of mazut had been elevated to the highest-levels of decision-making in the country.

Russia’s business leaders understand that the future of mazut is kaput and are shifting their rubles to LNG.

In a recent interview with business daily Kommersant, Director of Gazprom Neft’s downstream business unit Mikhail Antonov affirmed the company’s intention to “almost completely abandon heavy fuel oil.” The company’s leadership is fully intent on implementing the International Maritime Organization’s (IMO) pending ban on the use and carriage for use of heavy fuel oil in the Arctic.

The country’s biggest energy players are investing heavily in cutting-edge LNG technology to support this transition.

Gazprom, for instance — together with Royal Dutch Shell, Mitsui, and Mitsubishi — owns the first of its kind LNG plant, Sakhalin 2, and operates Russia’s only floating storage and regasification unit, the Marshal Vasilevskiy. In August, the government approved Novatek’s concept of a floating LNG thermal power plant in the northeast region of Chukotka.

At the opposite end of the Northern Sea Route, Novatek is building a large-capacity offshore LNG facility near Murmansk, and the company also owns 50% in Yamal LNG, an operational plant with infrastructure and 15 ships which operate year-round. Novatek’s ambitious expansion plans include buying a $12 billion fleet of nearly four dozen icebreakers to service its gas fields in the Yamal and Gydan Peninsulas in northern Siberia.

To ban or not to ban?

The use and carriage of heavy fuel oil has been banned in Antarctic waters since 2011, and now is the time to protect the fragile Arctic region from the hazards of mazut spills.

Draft IMO plans would extend that ban to the Arctic, starting in July 2024, although key exemptions and waivers — spearheaded by Russia — will allow some ships to burn HFO until 2029.

Judging by Gazprom Neft’s rhetoric, Russia’s business leaders are inclined to transition away from HFO even before 2024 — that’s good news for the Arctic.

But unfortunately, the possible waivers and exceptions to the ban will hinder its implementation, allowing 84% of mazut use to remain. According to the U.S.-based International Council on Clean Transportation (ICCT), the proposals would reduce black carbon — soot — emissions by a mere 5% before the ban comes into full effect in 2029.

While Russian businesses active in the Arctic are making strides to move away from mazut, there are important voices in Russia who are opposed to a ban altogether.

Gennady Semanov of the Central Marine Research and Design Institute, for instance, has argued against the ban, branding it a political tool to delay Russia’s economic development of the Arctic. According to him, black carbon emissions can only affect the melting of snow and ice when ships are located in icy conditions. He also argued that a heavy fuel oil spill would cause much less harm than a comparable spill of diesel oil.

Some indigenous groups in Russia are also against the ban, worried about the impact it could have on livelihoods in the region. Earlier this year the Russian Association of Indigenous Peoples of the North (RAIPON) submitted a letter of concern to the IMO over the proposed ban. It argued a block on heavy fuel oil “will entail a number of significant negative socio-economic consequences, primarily on the local population and indigenous peoples of the Arctic.” Specifically, it feared the ban would lead to higher prices for delivering goods to the tricky Arctic areas, which would have a debilitating effect on the local population.

Such voices — coming from both the scientific and indigenous communities — are exerting an influence on Russia’s diplomatic negotiations, and stand in contrast to views in other parts of the world, where indigenous leaders and scientists are largely in agreement over the need to implement an effective ban on the use of heavy fuel oil in the Arctic.

Inuit communities in Canada, for instance, live in no less remote locations than their Russian counterparts, yet the Inuit Circumpolar Council is loudly in favor of Canada’s support for a mazut ban. Regarding the socio-economic impact, government subsidies to local communities are an effective tool to reduce harm during the transitionary period following the ban.

The Clean Arctic Alliance, a coalition of nonprofit organizations and scientists, is actively campaigning for the IMO to ensure it implements an effective ban on the use of heavy fuel oil.

Any oil spill in the Arctic is a catastrophe — as the people of Norilsk learned this summer after the oil spill at Nornickel facilities.

A heavy fuel oil spill raises the stakes, because it would be impossible to clean up. Mazut emulsifies on the ocean surface. In cold water it sinks to the ocean floor and can travel to warmer areas, rising back up and coating beaches.

Russia’s recent actions to advance its LNG infrastructure in the Arctic demonstrate that the business community is adjusting to the reality of a ban on heavy fuel oil. The international community can use the IMO as a platform for engaging in a dialogue with civil society to address the concerns of different constituencies, such as indigienous peoples, as well as the scientific dilemmas posed by the likes of Semanov.

Because ultimately, Russia’s ongoing reliance on HFO in the Arctic will delay — not advance — its economic development of the region, which is being spearheaded by audacious LNG prospects, and an upcoming LNG fleet for the Northern Sea Route. More importantly, the continued use of heavy fuel oil in the Arctic would mean the continued and dangerous threat to the environment and coastal communities of the region.

← THE ARCTIC’S FUTURE IS SHAPED BY INDIGENOUS YOUTH LEADERS
“We have hope”: Speech from Jo Seoka →