THE ARCTIC’S FUTURE IS SHAPED BY INDIGENOUS YOUTH LEADERS

Posted on November 16, 2020 by Viktor Sulyandziga 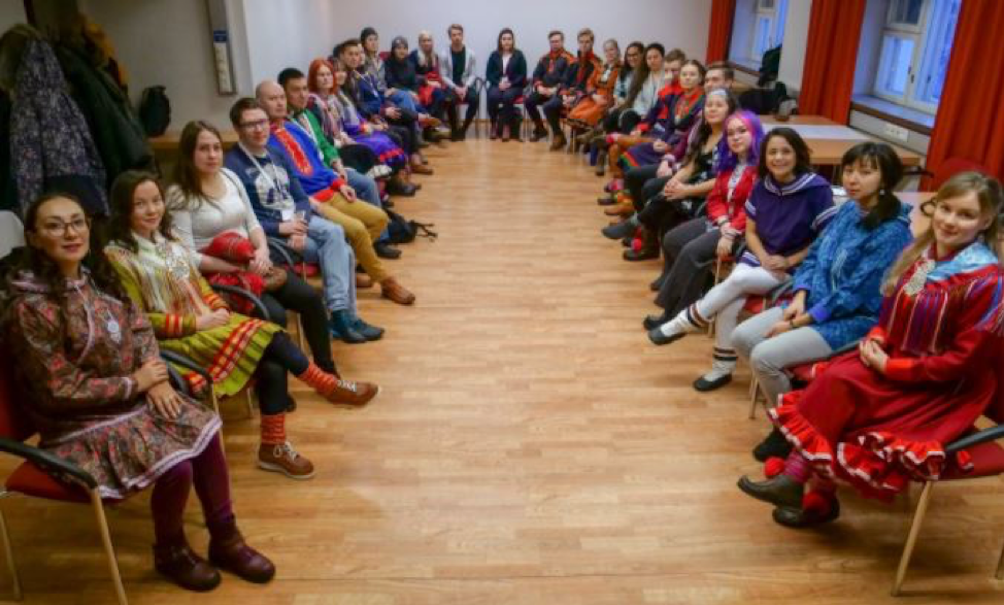 Building relationships among peoples across the Arctic borders was a vision the Arctic Indigenous youth had when they came together in the very first Arctic Youth Leaders’ Summit held in Finland last November of the previous year. Bearing witness to the common issues their respective countries were experiencing in the Arctic regions, their idealism and enthusiasm to articulate these and share common ways forward were proof that the future in these northernmost ends of the globe will be in good hands when the time comes.

The Summit is a promising start of the Arctic Indigenous youth’s assertion of their responsibility and stewardship of the land and its resources in the face of rapid socio-economic and environmental changes that are largely attributed to modernization, assimilation into mainstream culture and influence of religions.

The summit participants who represented various indigenous youth organizations from the Arctic regions that include Alaska, Canada, Greenland, Finland, Russia, Sweden and Norway shared experiences and views, fears and hopes for their communities. Discussions dwelt on the health and wellbeing of their communities that are closely tied to strengthening of indigenous self-determination; protection of cultural identity; reducing the peoples’ exposure to violence; dealing with their experiences of discrimination and historical trauma; and the rapid changes in their environments due to anthropogenic climate change.

They articulated their need for guidance from accurate and accessible indigenous knowledge and history bearers who will teach them beyond western educational institutions for them to better learn of their identity and life ways. Traditional knowledge and their languages are inextricably linked and these thrive in their physical environment which is presently threatened and endangered. Their indigenous languages teach them about indigenous biodiversity, climate change adaptation, and resilience  to cope with the realities of the changing Arctic.

Looking forward as they are given the mantle of leadership, the youth are well aware of the urgency to address the proper management of their resources as crucial in promoting the physical wellbeing of their communities in terms of food security as they protect their traditional activities of herding and fishing. They see the need to improve housing, education, healthcare and social-service delivery infrastructure. All these shall contribute to the people’s mental wellbeing.

The realization that they shared similar issues, learnings, and challenges propelled them to draw up a Declaration, which is their statement about their concerns, dreams and their proposals for their future. This also bound them more closely to explore the establishment of linkages and organizational form of solidarity and support to one another and speedier communication in the Arctic region. They stressed the urgency to deepen and strengthen their ties which led them to the formation of a circumpolar network for the youth. Thus the “Arctic Indigenous Youth Council” was formed for future collaboration and as a concrete expression of unity among the Arctic indigenous youth.

The meeting of generations of Arctic Indigenous leaders was realized soon after the Arctic Youth Leaders’ Summit. In recognition and acknowledgement of their invaluable role in leadership in community concerns the youth were subsequently given the opportunity to give their opening remarks during the first session of the 6th Arctic Leaders’ Summit (ALS6). The latter is composed of Permanent Participants in the Arctic Council representing six Indigenous Peoples’ organisations. The Permanent Participants of the Arctic Council had decided early on to establish Youth Focal Points who will share the youth’s thoughts, ideas and viewpoint about their present and future concerns to the Arctic Council. Most of the elected Focal Points are the Youth Summit participants. The youths’ participation to the elders’ event was made possible and ensured by the Permanent Participants. The youth were welcomed and their presence appreciated by being given the space to truly participate in the program.

The results from the Youth Summit workshops were framed in a Declaration that the youth representatives prepared and presented in the ALS6 panel discussion with the theme “A Look at the Arctic Leaders’ Summit History: Does it Provide Guidance for the Future?” In response, the Youth Declaration highlighted the youth’s myriad concerns on the environment, economic development and infrastructure projects, food sovereignty, indigenous knowledge, culture, languages, education, mental health, communication and about violence against Indigenous Peoples. This occasion provided for an adequate and meaningful intergenerational dialogue, to learn and to share thoughts and information among the elders, youth, and other leaders.

The Youth Declaration was printed and shared with the 6th Arctic Leaders’ Summit participants. It was published as an attachment to the ALS6 declaration, proof that the Arctic leaders value and respect the views and thoughts of their youth. This Declaration has been widely disseminated among organizations, communities, and in social media.

The Indigenous youth expressed how much the Youth Summit was timely and necessary and how truly empowered they felt after the encounter and exchange. The importance of future collaboration has been spelled out through planning meetings. Already, they look forward to an annual circumpolar meeting and work has already started, with several follow-up online meetings after the event. They confidently stated that it was important for the youth to meet again and to have closer collaboration since they are not only future leaders, but present leaders.

Below please find the links to the proceedings and coverage of the Summits:

(The project Arctic Indigenous Youth Leaders’ Summit was implemented by the Arctic Council Indigenous Peoples Secretariat (IPS) in Finland in December 2019 with the support of PAWANKA Funds.)