Posted on November 13, 2020 by Viktor Sulyandziga 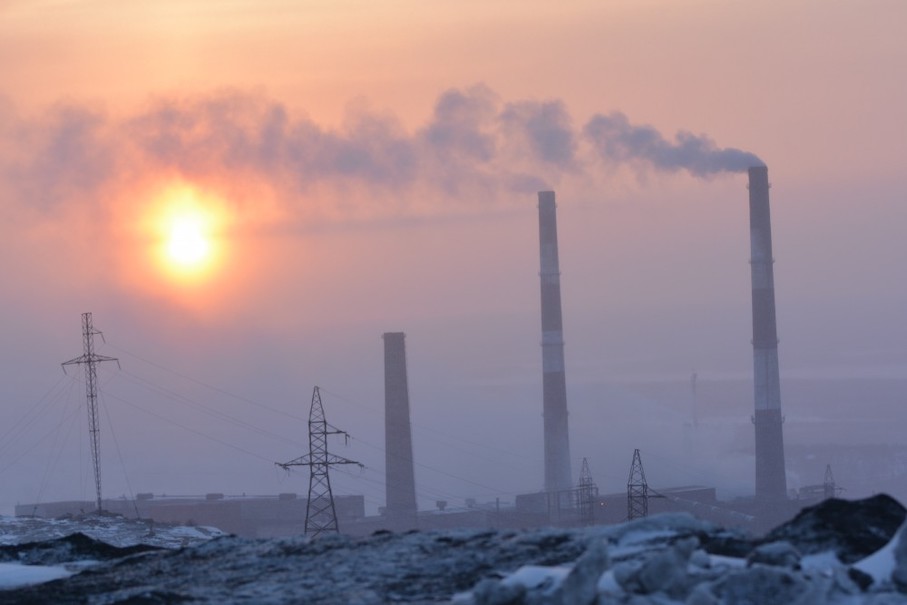 Tens of thousands of tons of sulfur dioxide and other hazardous gases from the chimneys have annually been emitted from Nornickel’s factory in the town with the same name as the metal produced.

Damage to health, environment and cross-border relations with Norway have made Nikel infamous much further away than the acid rain has damaged the fragile taiga forest on the Kola Peninsula and northern Scandinavia.

Now, it all comes to an end.

By December 25, the last workers in smelting production will be transferred to new jobs. After that, according to the company’s Director of Human Resources and Social Policy Department, Anna Krygina, the remaining workers will be with the customer service and bringing down equipment. A work scheduled to continue to the end of 2021.

Interviewed by the Nornickel-sponsored TV21, Krygina says many of the workers will retire, while many others will be employed in other vacancies with Nornickel’s subsidiary Kola Mining and Metallurgical Combine. The company operates mines in Zapolyarny while production now shutting down in Nikel will partly be transferred to the larger factory complex in Monchegorsk.

“Today we are talking about the plans for the workers. Now, the documentation and implementation of all these plans are starting. So, we still have two months of hard work,” Anna Krygina says in the interview.

It was last fall oligarch and CEO of Nornickel, Vladimir Potanin, announced the closure the smelter, a move affecting about 800 workers. With just six weeks before shutdown, only two of the workers in the smelter have not chosen any of the option offered by the company.

Nikel is a typical ‘monogorod’, a town whose economy survive purely on the basis on one major company. Many locals fear their town is doomed, but big promisses to compensate the loss of jobs are made by officials. Transmission to other businesses, like tourism, are set as a priority by both Nornickel and regional authorities. Successful or not, many of the current employees at the smelter will move. The Barents Observer has previously told the story about unsold appartments in Nikel, on the market for 100,000 rubles, or the same as an Iphone.

The smoke will be gone by Christmas Day, but the factory will still make the skyline of the town.

Production machinery and equipment are to be transferred to other divisions of Nornickel in the Murmansk region and on the Taimyr Peninsula in Siberia.

Buildings will be demolished by 2025. Then, a two-year period with reclamation of the land plot starts and by 2027, the smelter that was raised a few years after the Second World War will be history.

In the late 1980s and early 1990s, the smelter received ore from Norilsk which contained much more sulfur than from the local mines in Nikel and Zapolyarny. At the peak, annual emission was up to 400,000 tons of sulfur dioxide (SO2). In the last two decades, emissions are reduced to less than 90,000 tons per year. The smoke brings additional tons of heavy metals, also across the border to Norway where the maximum allowed SO2 limits for air quality notoriously have been violated.

← The burning scar: Inside the destruction of Asia’s last rainforests
Russia’s indigenous peoples are in the crosshairs of COVID-19 →