Posted on November 10, 2020 by Viktor Sulyandziga 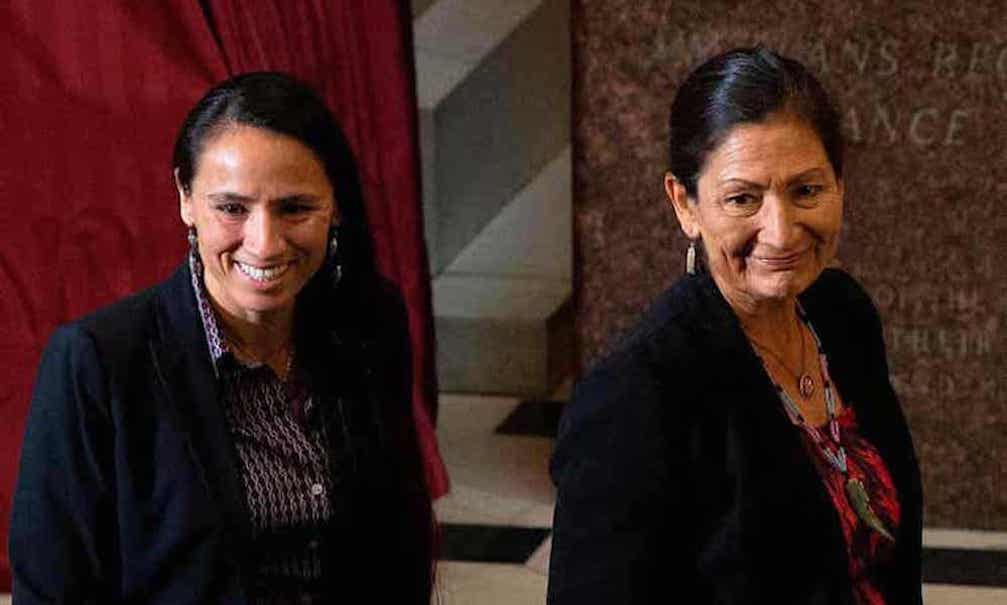 The 117th Congress will have a record number of Native American women after voters elected three to the House of Representatives.

They are joined by Yvette Herrell, who is Cherokee. Herrell, a Republican, beat the Democratic incumbent Xochitl Torres Small for her New Mexico congressional seat.

The wins for Herrell and Haaland mean that New Mexico will be the first state to have two indigenous women as congressional delegates. The state also became the first to elect women of color as all three of its delegates in the US House of Representatives.

According to a Center for American Women and Politics (CAWP) report, 18 indigenous women were running for congressional seats this year – a record in a single year. Native American women made up 2.6% of all women running for Congress this year, the highest percentage since CAWP started collecting data in 2004.

There have been four Native Americans in the US Senate and a handful of indigenous US representatives. All were men until Haaland and Davids were elected in 2018.

In Kansas, Stephanie Byers, who is Chickasaw and a retired teacher, became the state’s first transgender lawmaker when she won her race for a seat in its house of representatives.

“We’ve made history here,” Byers said on Tuesday. “We’ve done something in Kansas most people thought would never happen, and we did it with really no pushback, by just focusing on the issues.”

Also in Kansas, Christina Haswood, a Navajo Nation member, became the youngest person in the state legislature at 26. A third member of the Kansas house , Ponka-We Victors, a Tohono O’odham and Ponca member, won her re-election campaign.

The US House of Representatives will have its highest number of indigenous representatives after Tuesday’s election, according to the independent Native American newspaper Indian Country Today.

Six candidates, including Haaland, Davids and Herrell, won their elections. Two Oklahoma representatives, Tom Cole, who is Chickasaw, and Markwayne Mullin, who is Cherokee, won their re-elections, and Kaiali’i “Kai” Kahele, who is Native Hawaiian, won an open seat for Hawaii. There were previously four indigenous members of Congress, all in the House of Representatives.