Posted on October 13, 2020 by Viktor Sulyandziga 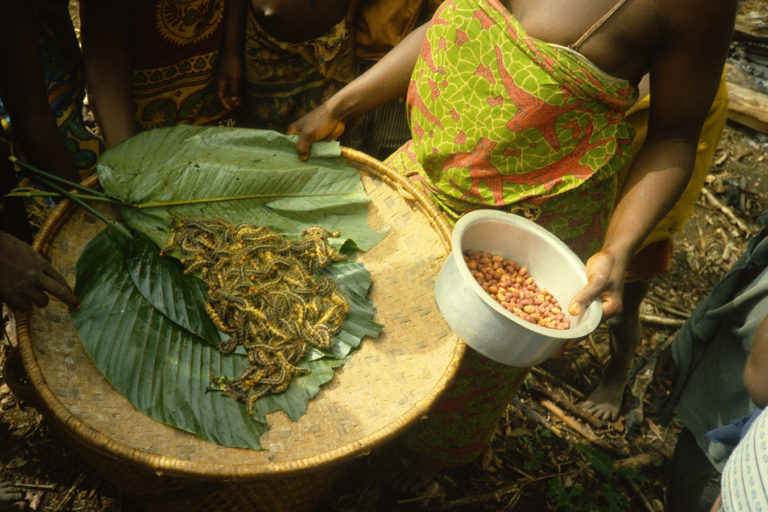 Humanity today face multiple crises. A pandemic grips societies around the globe and with each passing year greed, poor governance, and naivete push us further toward a climate change forced sixth great extinction and the collapse of ecosystems. It may already be too late to prevent the looming catastrophe of climate change. But there is an overlooked and undervalued blueprint for our survival. We must turn for help to the Indigenous Peoples who have, for millennia, provided effective stewardship of our planet.

Most of humanity have been grossly negligent in our use of the Earth. Businesses run according to self-interest have ignored the warnings of scientists to the detriment of a global community of bystanders. Governments have failed to attend to the long-term environmental and climate effects of those actions through necessary regulation and enforcement. And urban individuals and families continue to make choices with little if any understanding of how their consumption impacts the planet and our future on it.

Our planet has experienced five previous extinction events—the most recent responsible for the disappearance of the dinosaurs. If we are to minimize the impact of growing threats to the ecological systems essential to human life and prevent the planet’s sixth mass extinction, we need to protect the last remaining areas on earth that are relatively intact.

When we say “intact” we mean those dwindling places that still retain almost complete assemblages of native plants and animals, and where species are still interacting at ecologically functional population levels. Intact places resist climate change because they have multiple, redundant networks for capturing, using, and reusing energy. They better conserve plant and animal species and their complex ecological interactions, than degraded areas, when impacted by floods, fires and droughts. They sequester massive amounts of carbon and they keep wildlife pathogens out of reach of humans for whom they pose a deadly threat.

The current health, economic and environmental crises are shifting public opinion around the world about our role in damaging our Planet. Today there is a growing willingness to take decisive actions that are vital for humanity’s future.

Effectively and equitably protecting at least 30 percent of the world on land and sea by 2030, is one such way forward. But we need to be very clear that attaining this goal of “30 by 30” cannot happen unless governments, businesses, grant makers, and civil society respect and protect the territorial rights and traditional stewardship of Indigenous Peoples.

Wise stewardship of natural resources by Indigenous Peoples within their traditional territories has had a profoundly positive impact on the conservation of plant and animal species on land and in rivers, lakes, and coastal waters.

The decisions Indigenous Peoples have made over generations have done more to protect the planet’s species and ecological systems than all the protected areas established and managed by individual countries combined. The majority of our planet’s last wild, ecologically intact places on land exist because Indigenous Peoples rely on them for their wellbeing and cultural sense of self.

John Fa and his colleagues have estimated that 36 percent of ecologically intact forests lie within Indigenous Peoples’ territories. And Stephen Garnett and his colleagues note that though Indigenous Peoples represent less than 5 percent of the human population on earth, they currently manage or have rights over “many of the world’s most sparsely populated, intact places.” And just last week, Chris O’Bryan and his colleagues showed that 646 mammal species—around 14 per cent of those assessed by the International Union for Conservation of Nature (IUCN)—have more than half of their ranges within these lands.

That said, we know that these preliminary assessments grossly underestimate the extent of Indigenous Peoples’ territories. If you were to map the areas in which the loss of species and ecosystems has not occurred or is minimal, it would align with those last ecologically intact places on earth and the territories of Indigenous Peoples.

If we are to minimize species loss and a collapse in ecosystem function, we must do all we can to support Indigenous Peoples’ rights and their efforts to protect their lands and waters. This means respecting and enforcing their territorial rights and ensuring that they can exercise their legitimate authority to determine who has access to and can use their resources.

International conservation organizations should and do play a role in providing on-the-ground assistance to Indigenous Peoples.

Working respectfully with Indigenous Peoples to support their efforts and hear their concerns is both a moral imperative and one of the  most effective pathways to achieve the 30×30 goals, protect and conserve the planet’s biodiversity and ecosystem functions, and ensure a sustainable, healthy, and equitable future for all of humanity.

← We can’t mine our way out of the climate crisis
#AnswerUsElonMusk: Russia’s indigenous peoples campaign against Arctic pollution →