Posted on October 6, 2020 by Viktor Sulyandziga 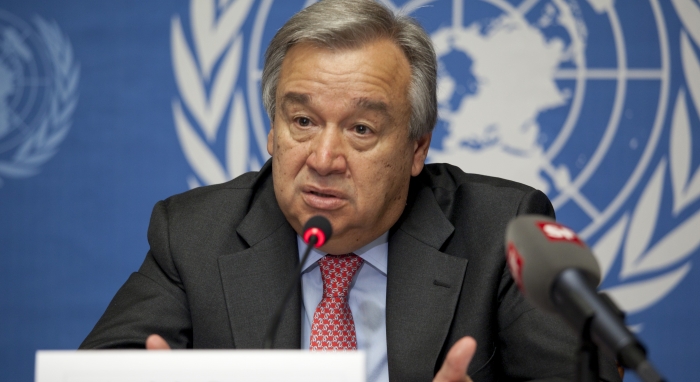 The UN Secretary-General released his annual report today on reprisals and intimidation against individuals and groups seeking to cooperate with the UN on human rights. Once again, the report identifies a very concerning number of threats and attacks aimed at silencing human rights defenders in retaliation for engaging with the UN, with evidence that a number of States have a strategy or systematic approach to obstructing and punishing those who give information, evidence or testimony in relation to human rights.

‘The Secretary-General’s report is appalling. Human rights defenders are integral to the international human rights system. If they are not able to safely share information about violations and abuses taking place in their countries, the entire system is undermined,’ said Madeleine Sinclair, New York Office Co-Director and Legal Counsel at ISHR.

ISHR contributed to the report through a submission documenting a number of cases. These  demonstrate a disturbing pattern. Cases of reprisals featured in the submission range from States dangerously maligning defenders to killing them. In Venezuela, increased monitoring of the situation by the UN has been met with increased risk, stigmatisation and harassment of defenders working with the human rights mechanisms. In the Philippines, human rights defenders continue to be vilified by the government and accused of being terrorists. Defenders in Honduras, India, Thailand, Cuba and Yemen continue to be threatened and harassed. In Russia and Cameroon, defenders who engaged with the UN have been refused entry to the country. Defenders working on China continue to be smeared and discredited and there continues to be no investigation into the death of Cao Shunli, who was jailed and died in custody for trying to provide information to the UN. Defenders in Egypt, the United Arab Emirates, and Saudi Arabia remain in jail because they dared to engage in international advocacy. Other countries cited in ISHR’s submission include The Bahamas, Brazil, Burundi, Mexico, Morocco, and the United States.

‘Around the world, human rights defenders continue to work tirelessly for a society that is more free, equal, just and sustainable. Because of their work, defenders continue to face unacceptable risks. They are threatened, harassed, stigmatised, attacked, jailed, even killed— there is much work to be done to ensure defenders can safely engage with the UN,’ added Sinclair.

The SG’s report documents cases from 45 countries. The vast majority are countries that have been cited in the report before. New countries cited this year include Andorra, Cambodia, Comoros, Equatorial Guinea, Laos and Libya. The report also documents a much larger number of countries where a pattern of intimidation and reprisals is occurring (11 this year, compared to three last year). These include Bahrain, Burundi, China, Cuba, Egypt, India, Israel, Myanmar, Saudi Arabia, Sri Lanka and Venezuela. Nearly all cases addressed in previous Secretary-General reports have not been adequately resolved.

‘Is this report working as a means of addressing the problem if the cases and number of perpetrating States remains so high, and there is little to no satisfactory resolution of cases once they’ve been documented? What does seem to ‘work’ is reprisals – they dissuade engagement, and perpetrators are emboldened when nothing is actually done about these attacks’, said Sinclair.

‘Documenting reprisals in a report is important but it’s only the first step. The UN and Member States must do more! We need consistent and meaningful follow up and we need more States speaking out loudly and often about these shocking cases. The report is presented every year to States: States should use that opportunity to hold their peers accountable, speak out about specific cases, push for accountability, an end to impunity, and reparations for victims,’ Sinclair concluded.